What Happened to Larry Walker and Where is He Now? 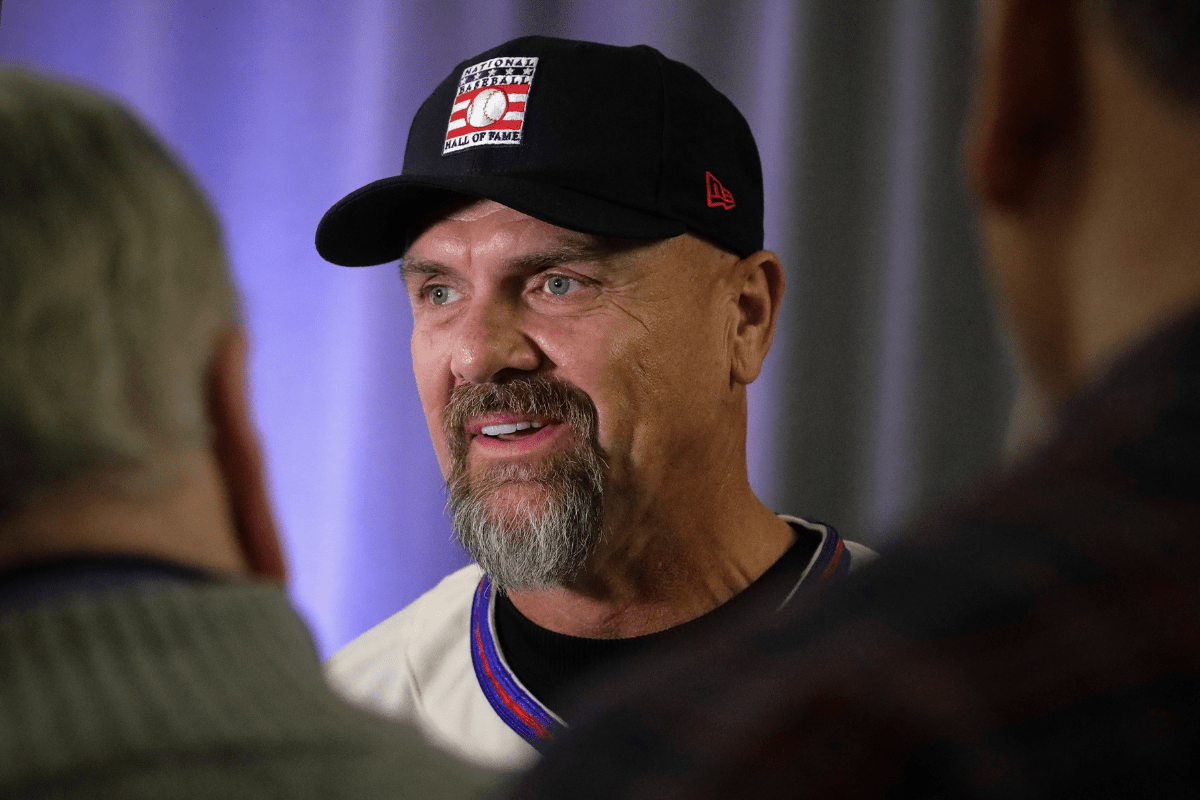 Canada is, first and foremost, a hockey country. Its official summer sport is lacrosse.

Baseball is not necessarily a beloved sport for most Canadians. Even Larry Walker didn’t grow up dreaming of an MLB career. He thought he was going to play in the NHL.

RELATED: Fred McGriff is an MLB Legend, But Where is ?The Crime Dog? Now?

Walker was born in Maple Ridge, a suburb of Vancouver, British Columbia. He spent his youth and high school days playing hockey in his parents’ driveway. Among the boys he played with was the future Hockey Hall of Famer and Boston Bruin Cam Neely. Walker dreamed of being a goaltender. His brother Carey was drafted as an NHL goalie by the Montreal Canadiens. Still, things changed when two Junior teams in Canada cut him. At this point, Walker decided to turn his attention to baseball.
It wasn’t easy. Long winters and mild summers don’t lend themselves to baseball. Canadians weren’t eligible for the MLB Draft at the time either. But in 1984, Walker was on the Canadian team at the World Youth Championships. He caught the eye of Jim Fanning, the scouting director of the Montreal Expos. Walker was signed for a mere $1,500 as an international free agent. That turned out to be tremendous value.
It took Walker a little while to adjust to the minor leagues. He didn’t see a slider for the first time until he got into the minors. By 1986, Walker found his footing. He was set back in 1988 by a knee injury, however. He was in the big leagues by 1989 and playing regularly by 1990.
The right fielder would have his true breakout in 1992 when he made his first All-Star Game. He also won his first Gold Glove and Silver Slugger that year as well. He finished fifth in the MVP voting. Maybe all that time as a goalie helped him hone his future skills as an outfielder.
Walker played well the rest of his tenure in Montreal, winning one more Gold Glove in right field. He even led the National League in doubles one year. His last year in Montreal was the infamous 1994 season that ended with a strike. The Expos had seemed like the top team in the NL.
Many say the Expos and the New York Yankees were on a collision course for the World Series. The Yankees would go on to win many rings in the ’90s. The Expos moved to Washington and become the Nationals.
The collapse of the Expos began as they traded away promising players and let others go in free agency. The post-strike exodus included Walker, who joined the Colorado Rockies in free agency. One of the last memories Expos fans have of Walker is the time he forgot how many outs the Dodgers had. Whoops.
Everyone knows about the thin air in Denver and the offensive output at Coors Field. This was especially true in the ’90s. Still, even adjusting for that, Walker’s numbers with the Rockies were incredible.
In his first season with Colorado, Walker hit 36 homers and racked up 101 RBIs in just 130 games. Then, the 1997 season happened. Walker hit a whopping 49 home runs to lead the National League while hitting .366. He led the NL with a .452 on-base percentage and led the majors in slugging percentage with .720. Oh, he stole 33 bases for good measure.
Unsurprisingly, Walker won the NL MVP award in 1997. He followed that up by winning his first of three batting titles in 1998. One of Walker’s best seasons came in 1999, when the slugger put up a .379 batting average. No one comes even close to .400 these days. He also led all Major League Baseball in OBP and slugging while winning a Gold Glove. Had he not been limited to 127 games, he might have won another MVP.
One thing Walker didn’t see much of with the Rockies? Rings. In the playoffs, no matter how good of a hitter Walker was, he couldn’t carry the team by himself. This led to Walker being traded to the St. Louis Cardinals in 2004. That year, the Cardinals lost to the Boston Red Sox in the World Series. You may have heard about that very important World Series win for Boston. Walker’s final year in the bigs came in 2005 when the Cardinals made the playoffs but fell short of the World Series.

Larry Walker was wearing a SpongeBob shirt when he got the Hall of Fame call.

Walker worked as a spring training instructor for the Cardinals and coached for the Canadian national team. He was also an inductee into the Canadian Sports Hall of Fame in 2007. The 54-year-old Walker lives in West Palm Beach, Florida, and has one daughter with his first wife and two with his current wife.
Also, once he bowled a perfect game, which is quite impressive.
In March 2020, Walker got to live out his childhood dream of playing in the NHL. The MLB great served as the Colorado Avalanche’s emergency goalie.
Walker was a hot-button topic regarding the National Baseball Hall of Fame. Some wrote him off because of the Coors Field Effect. Others said that he was underrated as a baseball player and deserved a spot in Cooperstown.
Walker’s career slash line of .313/.400/.565 with 383 homers and 230 stolen bases is imposing. But voters often overlook his seven Gold Gloves or his short career in Colorado. He only spent nine full seasons with the Rockies against six seasons with the Expos.
When Walker first became eligible in 2011, he received 20.3 percent of the votes, well below 75 percent. As the years went on, he got more and more votes, but it seemed like Walker would fall short.
Finally, in 2020 (his last year of eligibility), Walker received 76.57 percent of the vote and was officially a Hall of Famer. Next up for Rockies fans? Todd Helton.
Walker wore a SpongeBob SquarePants shirt when talking with the press about his induction. The shirt was such a hit that Walker drew attention away from the other player elected into the Hall for 2020: Some guy named Derek Jeter.
Walker has had to wait for his induction ceremony. The COVID-19 pandemic forced the 2020 and 2021 classes to be inducted together.
But, hey, Walker had to wait until his final year of eligibility to get elected. What’s another year?

MORE: What Happened to Jason Giambi and Where is He Now?