What Happened to Jason Giambi and Where is He Now? 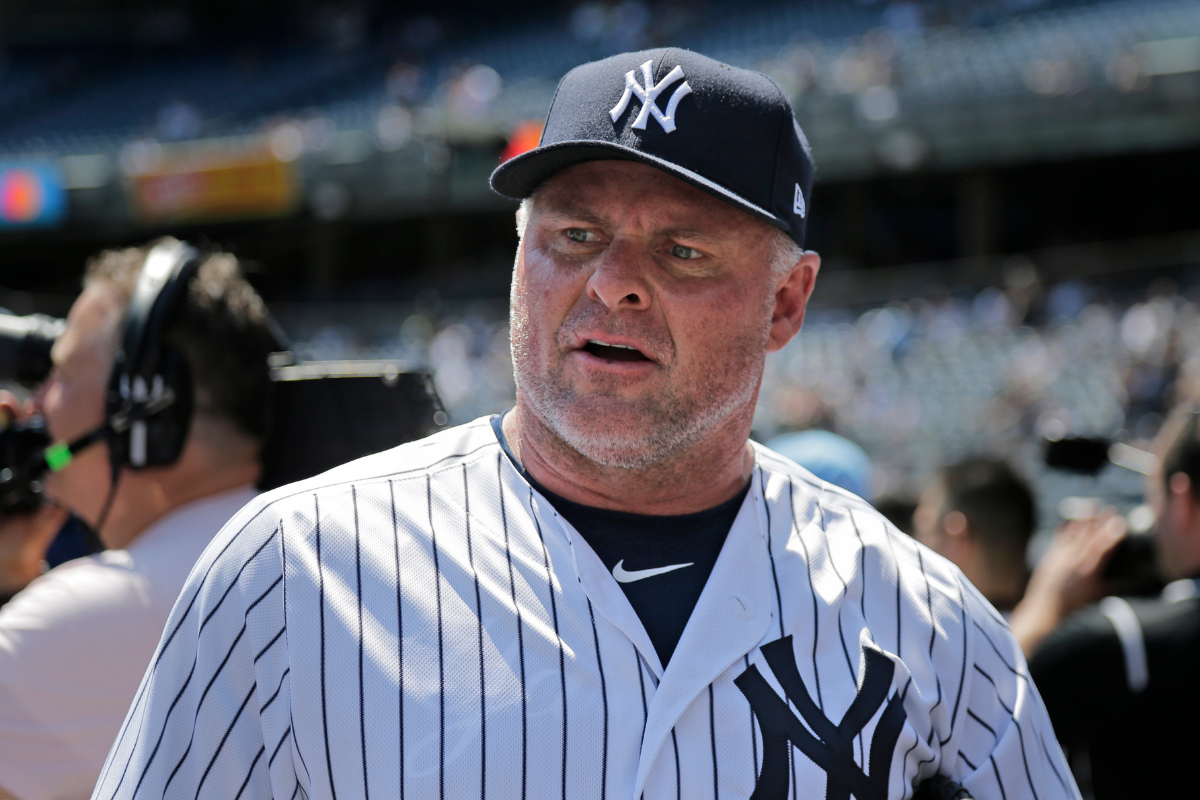 Former New York Yankees slugger Jason Giambi is one of baseball’s all-time greatest hitters. He played 20 years in MLB and won a multitude of awards throughout his career.

Still, Giambi filled his time in “The Show” with controversy, including the performance-enhancing drugs scandal that rocked Major League Baseball in the mid-2000s.

Giambi retired from professional baseball at the age of 43, but what is the former first baseman doing now?

RELATED: Mark McGwire Cheated. What Happened to Him After Baseball?

Jason Giambi was born in West Covina, California, and attended South Hills High School. He has a brother, Jeremy Giambi, who also played in MLB.

Jason Giambi played college baseball at California State University at Long Beach before being drafted as a second-round pick by the Oakland Athletics in 1992.

Giambi played his first MLB game in 1995 against the Texas Rangers. After that, he spent the first seven years of his career in the Bay Area and put up some monster numbers for Oakland.

In 2000, Giambi was named the American League MVP after hitting 44 home runs with 137 RBIs. That year, “Giambino” made his first All-Star Game while leading the league in walks and on-base percentage.

After another dominant campaign in 2001, and a second-consecutive playoff defeat at the hands of the Yankees, Giambi left the small-market team in Oakland. He was a hot commodity as a free agent, having just led the league in slugging percentage.

So the New York Yankees signed Giambi to spend the next seven seasons at first base and as a designated hitter in the Bronx at Yankee Stadium under manager Joe Torre.

Giambi got off to a hot start in pinstripes, stringing together back-to-back 41-home run seasons and eclipsing the 100-RBI threshold.

In 2003, Giambi logged a .250 batting average and launched 41 bombs to help lead the Yankees to the World Series. The team fell short of its goal, unfortunately, in a tough loss to the Florida Marlins.

Giambi left the Yankees in 2008 as a 37-year-old and returned to the Athletics. He was cut midway through the 2009 season and subsequently signed with the Colorado Rockies.

He played for the Rockies from 2009-12 before finishing his career with the Cleveland Indians.

Giambi retired after the 2014 season as a five-time All-Star, one-time AL MVP, and two-time Silver Slugger. He featured in 2,260 regular-season games and 45 postseason games throughout his career.

While Jason Giambi’s career was filled with terrific seasons and many home runs, there was also quite a bit of controversy surrounding the baseball player.

Giambi was one of the MLB players at the forefront of the BALCO Scandal, which outed players who had proven to be using illegal human growth hormones and other performance-enhancing drugs.

Giambi came clean and admitted to using banned substances at a 2003 grand jury hearing. Among various other transcripts, that testimony was obtained by the San Francisco Chronicle and released to the public.

In 2007, Giambi issued an apology for his involvement and participation in the PED scandal. While he was initially scrutinized heavily for his actions, he found that issuing a heartfelt apology resulted in him earning forgiveness from those across the league.

Giambi, among others like Alex Rodriguez, Barry Bonds, and Mark McGwire, all came under intense scrutiny for their use of HGH throughout their careers, and it’s played a significant factor in keeping some star players out of the Hall of Fame.

Where Is Jason Giambi Now?

These days, Jason Giambi resides in Henderson, Nevada — near Las Vegas — with his wife Kristian. The couple has three children together: two daughters and a son named Tristan.

Tristan Giambi has started Little League, and Jason told MLB.com’s Alfred Santasiere III how he became the coach of his son’s team. While Giambi expressed his interest in returning to baseball in a coaching role, it seems his top priority as of now is his family.

The last we’ve heard from Giambi was his response to the Houston Astros’ sign-stealing scandal, to which he stated that the Astros’ antics were similar to PED use and that teams will always be seeking out ways to gain a competitive advantage.

MORE: Jose Canseco?s Net Worth: How Baseball (And His Book) Couldn?t Save His Fortune