Arizona Diamondbacks pitcher Madison Bumgarner is as country as country gets.

The MLB pitcher spends his offseasons at his North Carolina farm. He has endorsement deals with Ford and Carhartt, the clothing company known for its work clothes. He once injured himself in a dirt bike accident in 2017 and missed more than two months of the regular season for it. Heck, even at his wedding he wore blue jeans and carried a pocketknife.

Oh, and he's a four-time MLB All-Star, three-time World Series Champion and 2014 World Series MVP that cemented himself as a postseason hero for the San Francisco Giants during their recent championship run. Ahead of the 2020 season, the Arizona Diamondbacks signed the free agent to a five-year, $85-million contract.

But baseball may not even be this superstar's true love.

The only catch? He's not Madison Bumgarner. He goes by the name Mason Saunders.

Yes, it's true. We thought this was a fake story until we looked deeper into it. Everything you are about to read is 100% true.

Madison Bumgarner uses the alias Mason Saunders when he has a lasso in his hand and competes in roping competitions and rodeo events. It turns out the star left-hander is actually pretty good at the sport, too.

According to The Athletic's Andrew Baggarly and Zach Buchanan, Bumgarner once won more than $26,000 in prize money during a competition. His secret was spoiled when the two writers came across a photo on a rodeo show's Facebook page in which Bumgarner (err, Saunders?) was standing next to roping professional Jaxson Tucker in Rancho Rio Arena in Wickenburg, Arizona.

Bumgarner, a 30-year-old with as recognizable face as anyone to casual baseball fans, confirmed his hidden identity after throwing a bullpen session Sunday during the D-Backs' spring training in Scottsdale, Arizona.

But there's still one question that needs answering: Why create an alias in the first place? Why Mason Saunders of all names?

Why Did Madison Bumgarner Use a Fake Name? 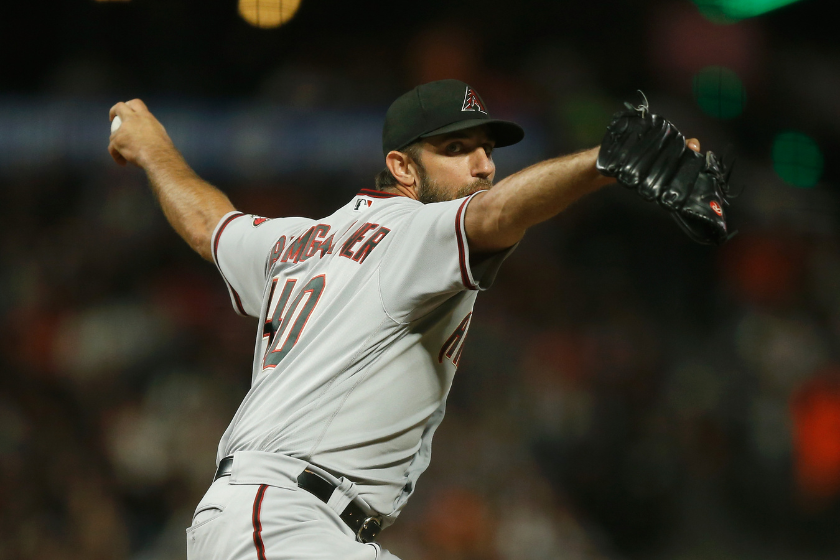 Bumgarner came up with the alias by taking his wife's maiden name, Saunders, and pairing it with the shortened version of his first name. Apparently, Mason Saunders has existed before this whole charade was uncovered.

"Something for my wife to call me when we were out in public to keep people from recognizing me," Bumgarner told The Athletic. "But you're going to ruin that for me."

That checks out. Star players like Bumgarner are flagged down everywhere they go in public. Even mundane coffee runs and dinner plans can turn into full-blown selfie-paloozas and autograph sessions. Fans and media would flock to see Bumgarner perform in these rodeo events and roping competitions.

Bumgarner Started Roping When He Was 16 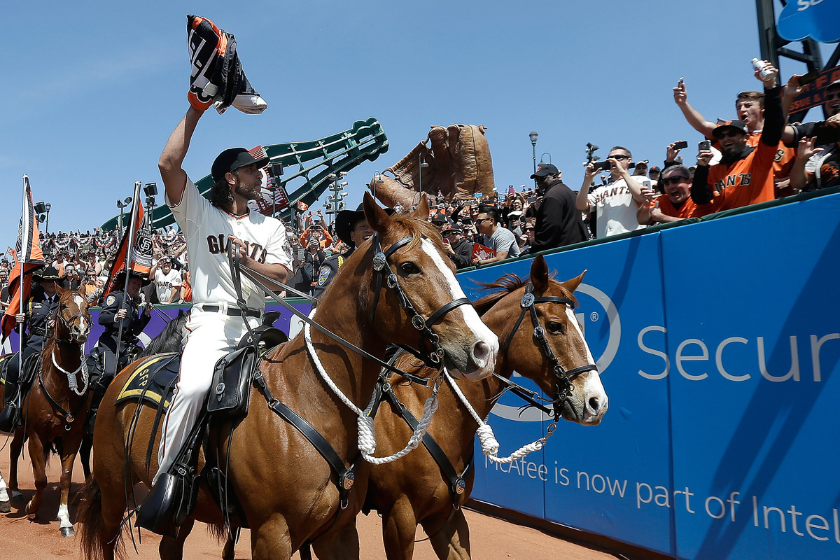 Back in 2010 when Bumgarner was a baby-faced rookie with the Giants, he had roping on his mind.

"I'd come home and he'd be spinning this rope, lassoing all my furniture," former teammate and Giants pitcher Jeremy Affeldt told MLB.com in 2016.

MadBum was first introduced to roping when he was 16. He grew up in a rural area outside of Hickory, North Carolina, and his family owned horses. He didn't start roping until he met his wife, Ali, because she owned horses and her family team roped.

Every offseason, Bumgarner spends his days on his 125-acre farm near the small town of Hudson, North Carolina. They own a small herd of cattle and a stable of about 20 horses.

Rodeo isn't even just a side hobby for Bumgarner. He told MLB.com he wanted to make it something bigger than that once he's finished playing baseball.

What is Team Roping?

RELATED: 8 Legendary Heroes of the Rodeo

Team roping involves two mounted riders on horses trying to lasso and catch a steer. One rider -- the "header" -- ropes the front of the steer by the horns. The other rider -- the "heeler" -- typically ropes it by the legs.

Bumgarner himself is a heeler. He explained why to MLB.com:

"I heel more than I head," he said. "My brother-in-law is a header, so it doesn't make such sense for me to be a header, too. We rope together a lot in the winter time, so I will be the heeler."

Mason Saunders is a heeler, while Madison Bumgarner is a strikeout dealer.

Does Bumgarner's Contract Allow This?

Arizona #Dbacks GM Mike Hazen doesn't sound like he will strictly prohibit Madison Bumgarner from participating in rodeo activities: "These guys are professional athletes and they're grown adults. They have lives outside of the game.''

It's true that players can sometimes have stipulations in their contracts prohibiting them from playing certain sports. Aaron Boone wasn't supposed to play basketball but tore his ACL doing so while playing for the New York Yankees.

Still, it appears the Diamondbacks probably didn't have a clause like that in their contract. Diamondbacks General Manager Mike Hazen declined to speak about specific contract language when asked about it but offered a pretty matter-of-fact quote to NBC Sports.

"Madison is a grown man and we know he's committed to helping us achieve our goals as a team," Hazen said.

Madison Bumgarner is a World Series MVP pitcher who loves striking out hitters and hitting home runs. Mason Saunders is a prize-winning roper. Together, they might make up the most interesting man in baseball.

I, for one, can't wait for the fan-created Mason Saunders signs at games this season. Let's just hope the Houston Astros don't steal them.

This article was published on February 25, 2020, and has been updated since.

MORE: Step Into the Batter's Box and Face a 100 MPH Fastball With The 'Nolan Ryan Cam'