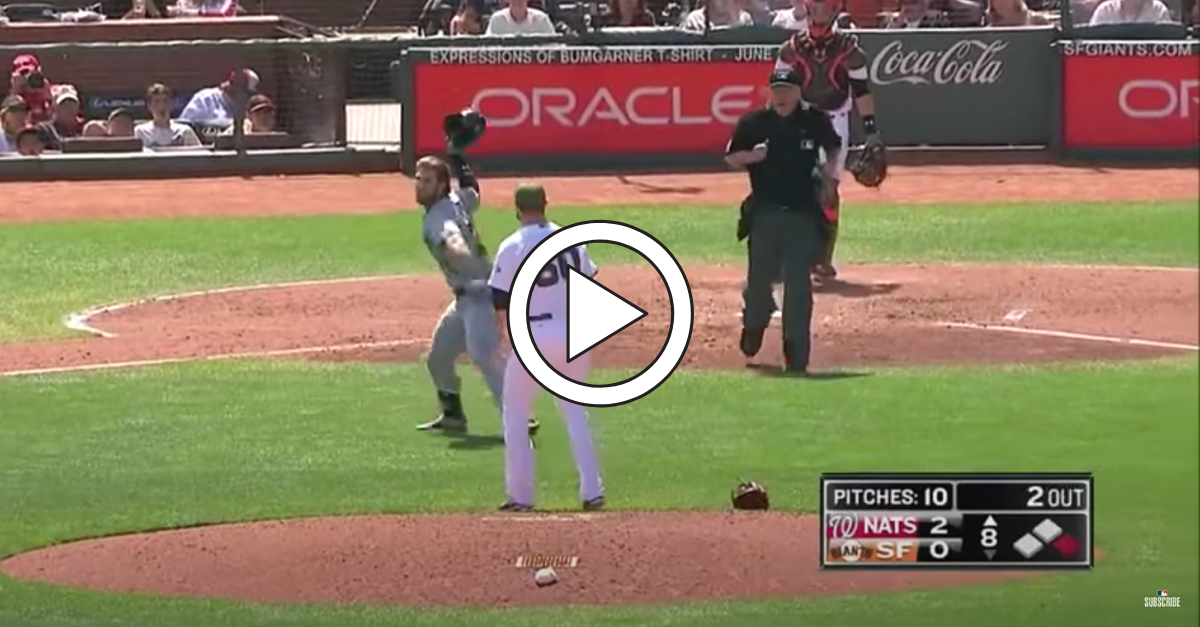 The aftermath of a wild brawl between the Washington Nationals and San Francisco Giants was just as crazy as the start.

San Francisco Giants reliever Hunter Strickland ? who won his second World Series ring with the Nationals ? hit All-Star outfielder Bryce Harper, still with the Nats at the time, with a 98-mph fastball on his right hip. That set off a wild scene in the eighth inning in which both players threw punches with bad intentions. As the Nats slugger charged the mound, his terrible helmet throw landed no where near Strickland, which gets forgotten after he lands a right hand on the ex-Giants reliever’s chin.

A benches-clearing brawl ensued as both dugouts emptied at AT&T Park between the heated National League clubs. This 2017 Memorial Day weekend in the Bay Area was certainly one to remember.

Lost in the melee, San Francisco pitcher Jeff Samardzija joined the fray and banged heads with his teammate, outfielder Michael Morse. The collision was so violent that Morse suffered a concussion and was forced to the 7-day DL.

However, the injury ended up being more severe than originally thought. Morse, whose game-tying, pinch-hit home run in Game 5 of the NLCS helped the Giants win the 2014 World Series, not only lost the rest of his season, but was forced to retire and end his Major League Baseball career.

“Morse was a mess after that, it?s a shame that how it ended for him,” former Giants manager Bruce Bochy said, via USA Today. “Samardzija felt it, too. This spring, he had some neck things going on after that happened. Two big men colliding like that, and they were running pretty good.”

I feel like not enough attention is being paid to this collision between teammates Michael Morse and Jeff Samardzija during the Harper brawl pic.twitter.com/HDiO2AaUJW

This article was originally published May 31, 2017, but it’s never a bad time to watch a baseball fight.