Dad Almost Drops Baby While Leaping for Foul Ball, And Mom Was Furious 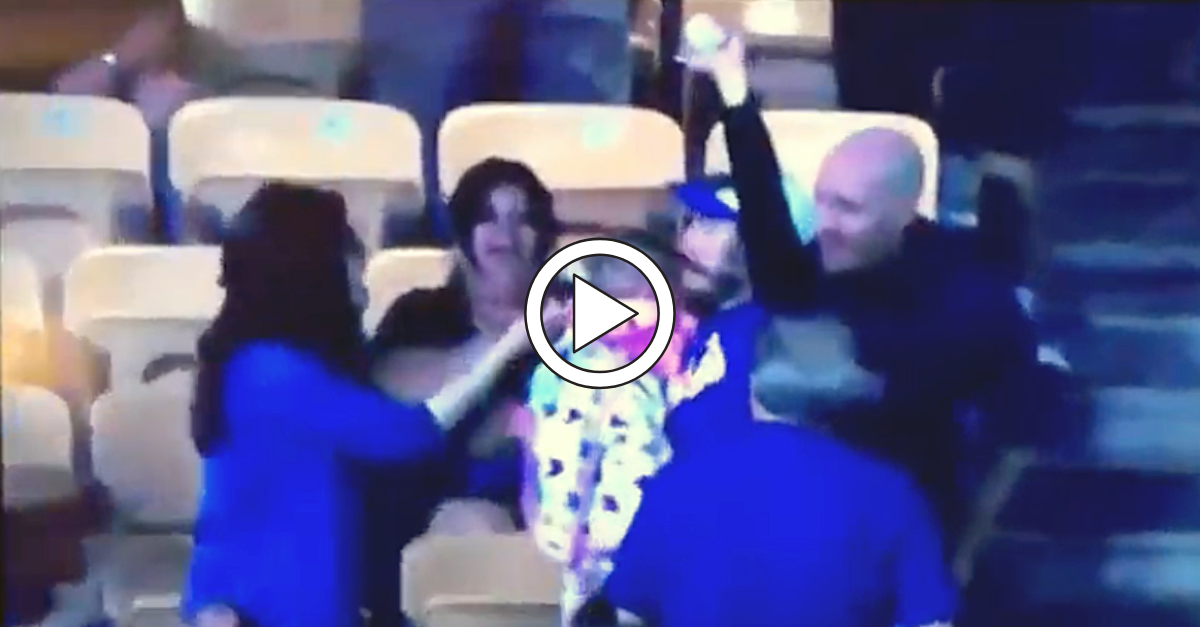 A nice family outing to a New York Mets game nearly turned into a disaster for this family.

Mets outfielder Jay Bruce hit a foul ball against the Los Angeles Dodgers, and a man attempted to catch the ball with one hand ? his left. Why just one hand? Well, he was holding a baby with his right hand.

Somehow, the man still made the catch. Really impressive hand-eye coordination. But as he was bobbling the ball, he was also bobbling the baby. His wife was furious, and she snatched the baby away from him while everyone else congratulated him for his accomplishment.

The wife has every right to be furious, but it was a great catch.

The more important question… who brings a baby to a baseball game? That doesn’t seem like it would be a good idea, and it might not ever happen with this family again.

This article was originally published on June 23, 2017.