The Boston Red Sox and New York Yankees have always been friendly to one another. There is zero bad blood between two of the oldest franchises in MLB History, and they have often exchanged players with zero strings attached and little to no lasting effect on either ballclub. In fact, it's almost cute how each franchise seems to wait their turn to win a World Series, often bowing out of the competition early in order to give the other team a chance to win a ring.

Just kidding, they absolutely hate each other and always have.

It's a story as old as Fenway Park, but the Yankees and Red Sox absolutely despise each other, as do their fanbases. This is why two superstars from each team dominated headlines this week, but for a reason, we all didn't expect. 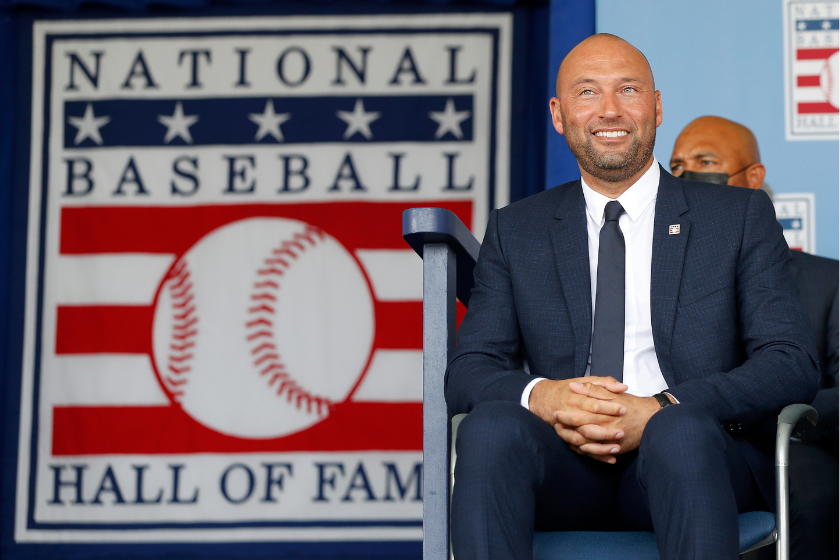 Manny Ramirez is not one to mince words or actions. We've all heard the excuse of "Manny Being Manny" but his comments about Hall of Fame Yankees shortstop Derek Jeter appeared to have some "Malice Being Malice" behind them.

Manny was in Boston to throw out the first pitch at Fenway Park and to accept his Red Sox Hall of Fame plaque, which was presented to him by David Ortiz, his old World Series teammate from 2004 and 2007.

After the on-field ceremony, Manny made his way to the NESN broadcast booth to talk with Kevin Millar and Dennis Eckersley, two other Red Sox legends. The three men discussed a variety of topics, but one stuck out: the conversation about how playing in a big market can make a big difference in a player's career. Manny knows this better than anyone as his aloof demeanor often gained negative attention while playing in Boston, but he couldn't deny that moving from Cleveland to Beantown helped launch him into superstardom.

But Manny took his comments even further, and here's where things got spicy.

"You gotta understand this," Manny said on the broadcast. "If you haven't played in Boston or New York, you're not in the big leagues."

This is a common thought, especially in the late 1990 and early 2000s as big-name players were flocking to Boston and New York, even to the Mets in Queens.

But Manny then mentioned another name: Derek Jeter.

"It's like if you put Jeter in Kansas City in those years, he was just a regular player."

Immediately, Yankee fans on Twitter began to take the quote out of context. Thousands of "how dare you" and "Manny's just a regular player too" tweets and replies were launched from the Bronx. Hell, I'm sure some Royals fans were in his mentions talking about Angel Berroa. But many missed what Millar and Manny said next.

"You put him on that big stage, you hit .400 in the postseason for many, many years, he's the greatest in the history," added Millar. "He's the greatest," Ramirez clarified.

In no way was the Red Sox outfielder making light of the Hall of Famer's All-Star career. If he wanted to he could've compared their defensive skillsets. Instead, Manny was making a remark about a time in baseball when two cities dominated the entire league. It wasn't American League vs. National League. It was Boston vs. New York and each team pushed the other to be better.

A Rivalry That Changes Shape 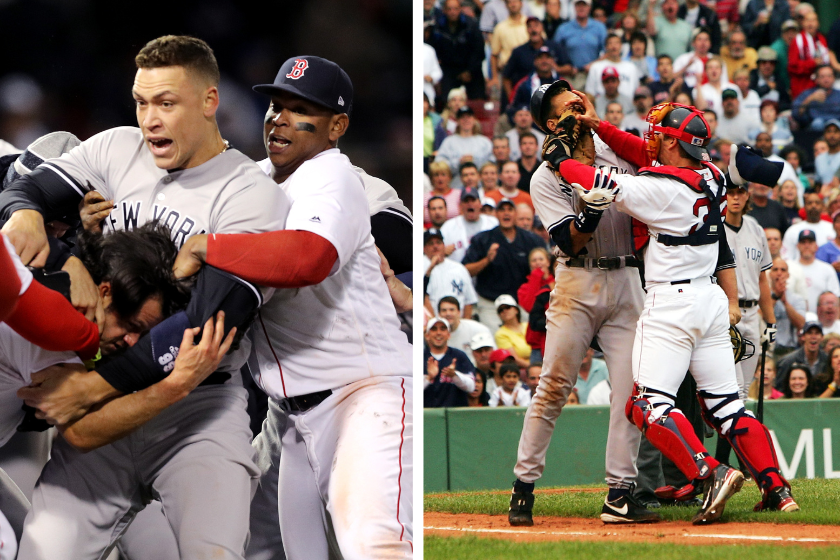 Do you think Aaron Boone's walk-off home run off of Red Sox knuckleballer Tim Wakefield in the 2003 ALCS wasn't a driving force for the Red Sox during the 2004 series? Or how that loss and the Red Sox's two World Series rings in '04 and '07 gave the Yankees motivation to win it all in 2009? Or how about the Red Sox winning the World Series in 2018 over the Los Angeles Dodgers? You can't tell me that wasn't partially driven by the Yankees coming within a game of reaching the Fall Classic the previous season thanks to Aaron Judge's loud bat.

What we all saw at the moment as reheated Boston/New York Beef, is actually a player recalling the greatness of an opponent. Manny was simply pointing out that not only was Jeter one of the greatest to ever step onto the diamond but that he was able to rise to the occasion while playing in baseball's most intense market. In the afterglow of their careers spent playing against each other, Manny was paying Jeter a compliment.

As the AL East shifts in power from team to team each year and as the Toronto Blue Jays and the Tampa Bay Rays fight to knock off New York and Boston, moments like this serve to remind us of a simple fact. At the end of the day, each player who steps into the box, or toes the mound is not only a competitor but also a fan of the game.

In this moment, Manny Ramirez put aside his allegiance to Boston and paid Derek Jeter one of the best compliments you could receive.