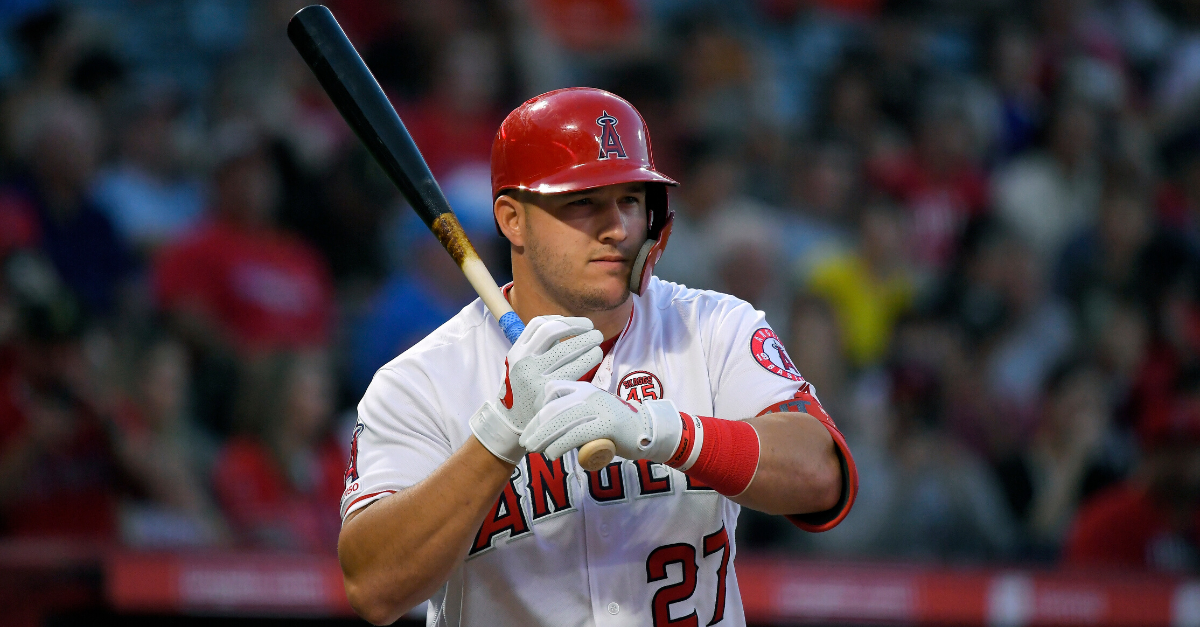 Los Angeles Angels outfielder Mike Trout is the ultimate MLB superstar. There?s nothing he can?t do. The perennial All-Star is one of the most popular players in the game today, and it?s only fitting that his walk-up music matches his greatness.

Trout, the three-time AL MVP, has experimented with his walk-up song over the years. That song choice is usually followed by massive home runs at Angel Stadium in Anaheim, too.

From hip hop to country music, Trout?s taste is usually a big radio hit and one of the most dangerous hitters in Major League Baseball history has a new song for Opening Day.

Although the coronavirus pandemic and COVID-19 outbreak delayed the start of the 2020 MLB season, America?s Pastime is finally back. There won?t be fans, but that?s not stopping every baseball player from having a walk-up song for each at bat.

Trout?s first walk-up song in 2020 will be ?Rockstar? by rapper DaBaby featuring Roddy Rich, which was first reported on social media.

That can obviously change throughout the season, but that?s the first song fans will hear when he goes to the plate at an empty stadium.

In 2019, Mike Trout used ?Sicko Mode? by Travis Scott featuring Drake. He told the Los Angeles Times it?s usually a song on the radio he likes that he picks to use.

Here are other songs Trout has used in the past, according to PlateMusic.com.

? ?Yikes? by Kanye West
? ?All The Way Up? by Fat Joe featuring French Montana
? ?Bottoms Up? by Brantley Gilbert
? ?New Level? by A$AP Ferg
? ?Started From the Bottom? by Drake
? ?Trophies? by Drake
? ?New Divide? by Linkin Park
? ?Danza Kuduro? by Don Omar

Whether it?s against the New York Yankees, Red Sox, White Sox, Phillies, Blue Jays, Braves, Rockies, or any other MLB team, Trout knows how to make an entrance at his home stadium.

He also knows how to pump himself up to hit towering home runs.

MORE: How ?Baby Shark? Carried the Washington Nationals to a World Series