Roger Clemens’ Wife Always Has Her Star Husband’s Back 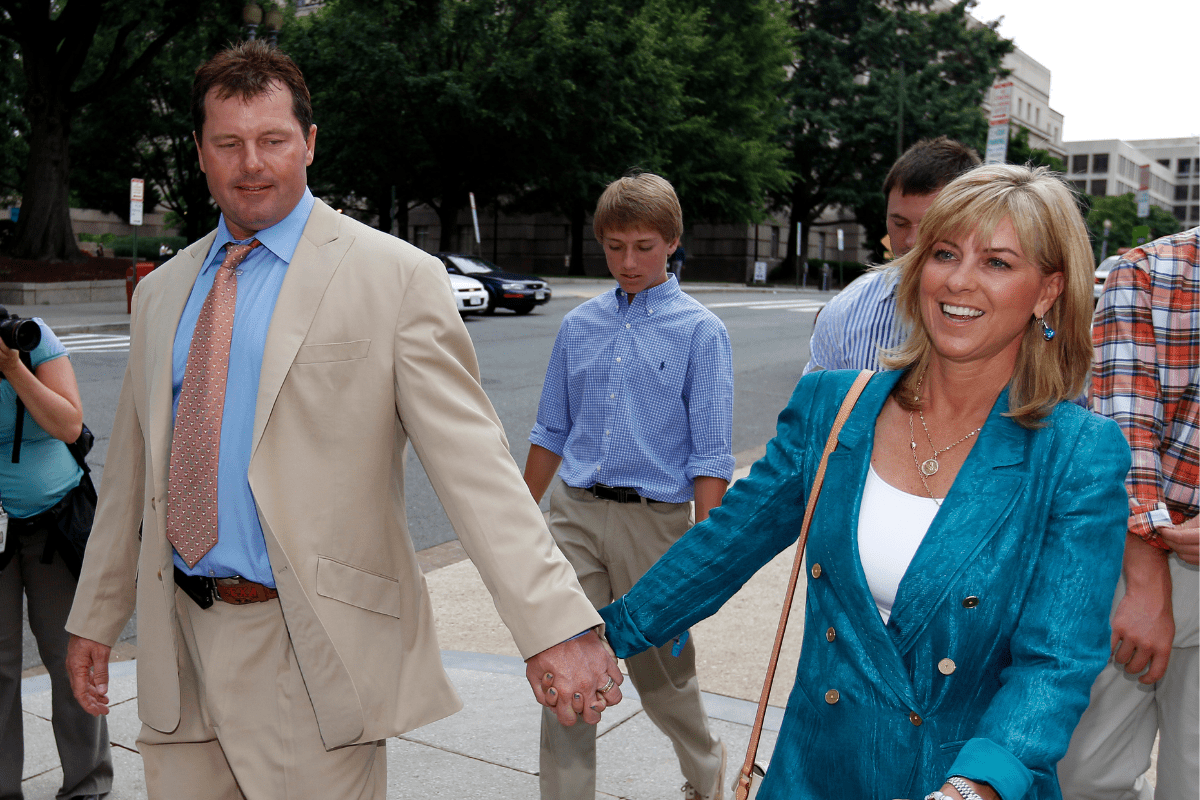 Former MLB pitcher Roger Clemens‘ career is marred by his alleged use of performance-enhancing drugs.

The seven-time Cy Young Award winner was famously at the heart of arguably Major League Baseball’s biggest scandal, and his alleged use of human growth hormones ultimately found the superstar hurler testifying in court.

Clemens’ wife Debbie even played a key role in Clemens’ perjury trial. She defended her husband’s legacy after he was accused of lying to a jury about his steroid use.

RELATED: Barry Bonds Belongs in the Hall of Fame, And It?s a Shame He Isn?t

Roger and Debbie Clemens got married in 1984 and have four children together: Kacy, Koby, Kory, and Kody.

The Clemens family currently resides in Texas, where Roger grew up and attended high school.

Debbie Clemens attempted to clear her husband’s name after Roger claimed in court that he was unaware that his wife had taken a shot of human growth hormones.

It was alleged by Clemens’ accuser and former strength coach Brian McNamee the baseball star was present when the incident occurred.

Clemens was indicted on six felony counts of perjury, false statements and obstruction of Congress.

Debbie claimed that she agreed to take the shot of HGH and saw it as a “fountain of youth,” while insisting Clemens was out of town during her injection.

Debbie Clemens also insisted the Clemens family did not attend a pool party at the house of fellow steroid user Jose Canseco, where it was alleged that Roger injected HGH for the first time.

Clemens’ former teammate Andy Pettitte also testified in the trial, after it was alleged that Clemens told Pettitte he used HGH in 1999 or 2000. During cross examination from Prosecutor Courtney Saleski, Pettitte admitted there was a “50-50 chance” he had misunderstood Clemens’ comments at the time.

The trial was overseen by U.S. District Judge Reggie Walton.

In the end, Clemens’ lawyer Rusty Hardin and Michael Attanasio helped the former baseball player be found not guilty on all charges of perjury after closing arguments in the trial’s ninth week in Washington, DC.

The former baseball pitcher was an 11-time All-Star and two-time World Series champ. He won the Triple Crown twice and was the American League MVP in 1986.

MORE: Jose Canseco?s Net Worth: How Baseball (And His Book) Couldn?t Save His Fortune