The 1993 film "Rookie of the Year" is clearly predicated on some fantastic leaps of fancy. In real life, when recovering from a broken arm, your tendons would not get stronger after time spent in a cast; they would be weaker. In real life, MLB teams can't even sign a player until they're at least sixteen years old! And there's simply no way a kid can throw a home run ball back from the outfield bleachers to home plate. That's just not possible.

But I contend that the improbabilities don't end there. Even if we buy that 12-year-old Henry Rowengartner (played by Thomas Ian Nicholas) acquired a wind-up toy of an arm and pitched fastballs at funky butt-lovin' speed, the Chicago Cubs of this movie do something nearly as impossible in winning the World Series. And I'm here to dive in on why, and just how this could have happened. 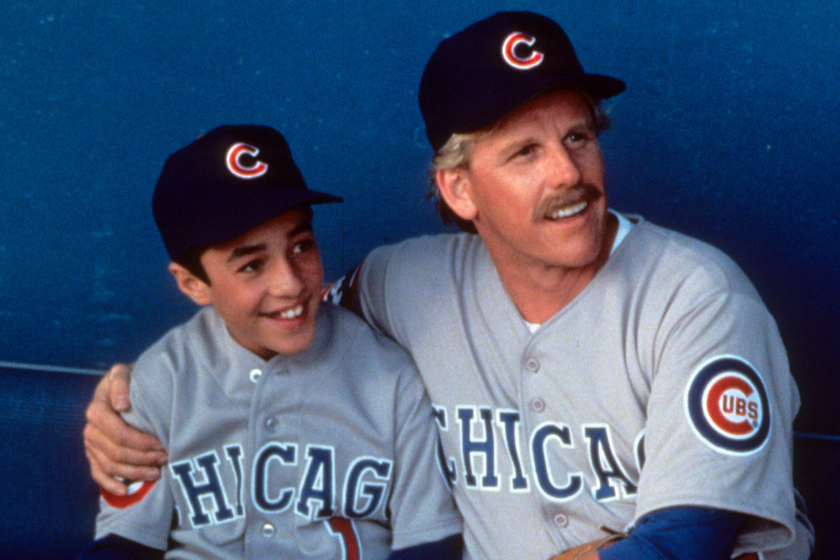 RELATED: The 10 Best MLB Teams of All Time, Ranked By Record

We learn from Cliff Murdoch, the broadcaster played by an uncredited John Candy, that when the Cubs win their second game in a row, it makes for their longest winning streak of the year. We're also given a date: August 11. This means that this late in the season, the fictional Cubs had still not won back-to-back games.

We get it: the Cubs have been real losers. But the logistical difficulty lies in the number of games that this down-and-out Cubs team is going to need to win going forward, in order to make it to the postseason.

Let us charitably imagine that, even if they never won back-to-back games, they never lost back-to-back games, either. (This means Murdoch is being kind of tough on a team sitting at .500 in August, but that's a separate issue.) Regardless, .500 is the best record they could have as they took the diamond at Wrigley Field on August 11, and still abide by the parameters of never having a winning streak.

So, if they've played 114 games by August 11, that would put them at 57-57 on the season. In 1993, when the film was written and shot, the actual division winners were the Phillies, with a 97-65 record. (And it's completely preposterous for the New York Mets, finishing with a .364 winning percentage, to be the Cubs' rivals in this film, especially when the slugger Heddo looks like he'd belong on the '93 Phillies "Macho Row"...but that's a separate issue.)

In order to do better than that 97-65 record, from this moment on in the film, the Cubs would need to win 41 games and lose only seven, to go 98-64. That's a winning percentage of .854 down the stretch. Absurd! Particularly when there's no mention of a record-setting win streak in the movie, like the 2002 Athletics saw, with 20 games, or Cleveland in 2017, with 22 games. 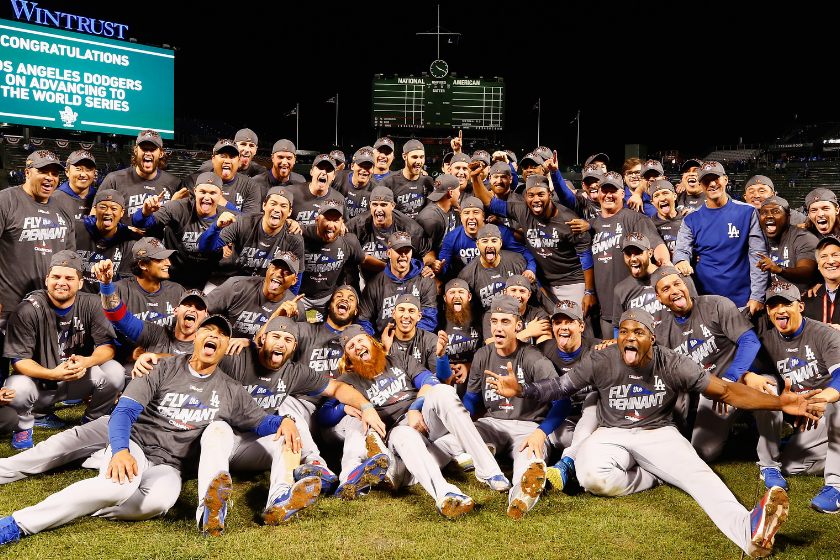 Though improbable, it's still possible for a baseball team to sport that kind of winning percentage over that number of games. In 2017, the Dodgers won 43 games and lost 7, an even better record. But, that was the first time that had happened in 105 years since the New York Giants did the same over a 50-game stretch in 1912.

And also, we're talking about the 2017 Los Angeles Dodgers: an absolute powerhouse of a team. Though the 2017 World Series has taken a different sheen in retrospect, at the time, the Dodgers and Astros just looked like two titanic baseball machines, slugging each other in their metal abs. It was like Michael Bay had directed a World Series.

Asking the 2017 Dodgers to go for an .854 winning percentage, and asking this fictional rag-tag group of Cubs to do the same...is different. Particularly because, though I put them at .500 for the sake of argument, nothing about the pre-Rowengartner team suggests they were breaking even. And additionally, the only way that the Cubs improve, turning their season completely around, is by adding a single bullpen arm.

Unless that's the key. 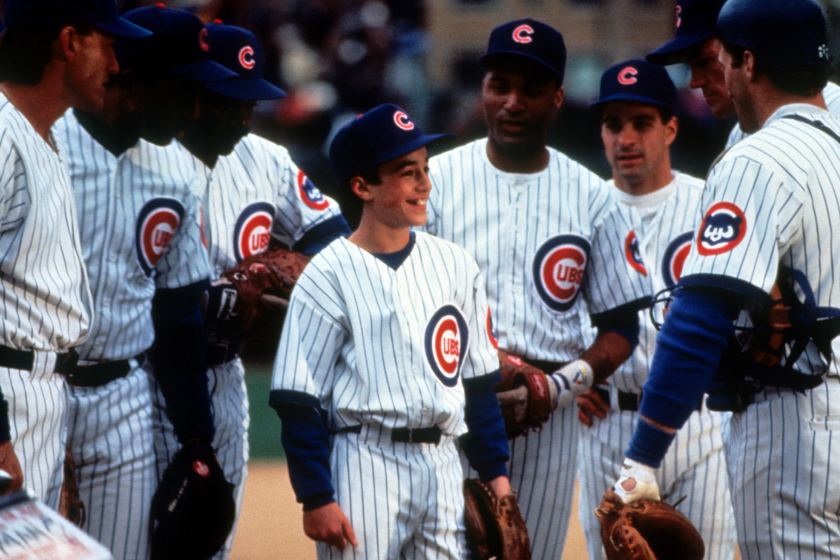 There is one way that Little League scrub Henry Rowengartner could provide that kind of value-added to this team. And that's if the Cubs didn't have any relief pitchers before he arrived.

This may sound more implausible than the .854 winning percentage, but there's no evidence of any other relief pitchers in this film. This may be a product of manager Sal Martinella, played by Albert Hall, and his faith in bumbling pitching coach Phil Brickma, played by Daniel Stern. But still, consider the following:

In Henry's first game, we learn that he earns the save, even after beaning a guy and giving up a monstrous dinger. This means that star pitcher Chet "Rocket" Steadman, played by Gary Busey, had pitched a mammoth 8 and 2/3rds innings! But no one mentions this valiant effort on Steadman's part because clearly, without any relief pitchers, the expectation is that the starting staff has to pitch a complete game every time.

The manager Martinella forces Rowengartner to bat, saying, "He's got to learn sometime." You'd hardly think that the time for that would be versus major league pitching, on the road. But the stakes are high for Martinella. Both here, and in future games, he doesn't have anyone to replace Rowengartner. He's got to learn.

Similarly, there's no one to replace Henry in the climactic ballgame for the division title (which really should be the NLCS and not the regular season by 1993, but that's a separate issue), when it's clear Rowengartner no longer has his stuff. Martinella just has to leave him out there!

We also only see Henry sitting in the dugout, with the other pitchers on the starting staff -- some of whom are identified when the first baseman tells Henry that he's in his seat. Though clearly a relief pitcher, Henry sits in the dugout because it would be cruel to make a 12-year-old little leaguer sit in the bullpen all by himself. Having no other relief pitchers requires some incredible heroics from Henry, such as the time that he gets nine strikeouts in two innings!

Taking all of this into consideration, I could envision a world in which the fictional Cubs rotation was exhausted with the expectation of throwing 306 innings, and got hammered the fourth and fifth times through the order. But knowing that Rowengarnter's young, mechanical arm is there to back them up, they twirl a spectacular series of seven-inning gems, and Henry notches the saves. If the pitching is airtight, you don't need much offense to win games.

But They Still Have to Win the Series 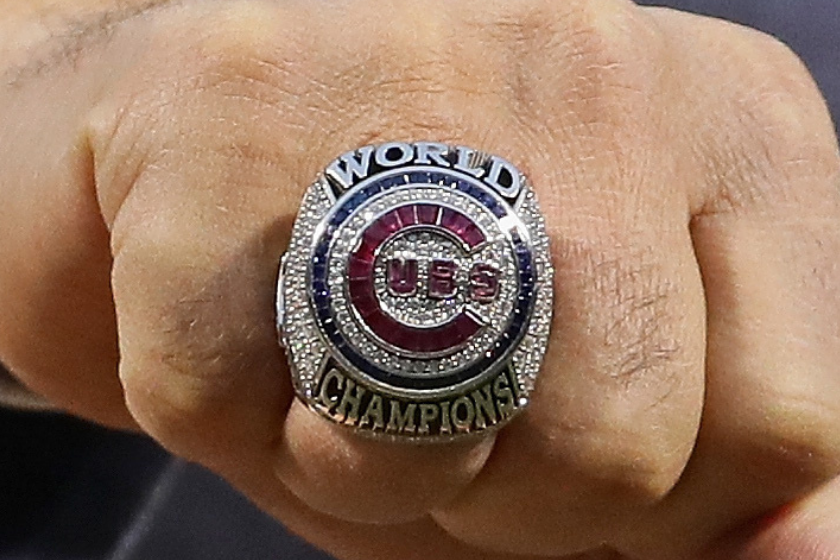 The real problem with this explanation is that we know that a) Henry leaves the team before their postseason run and b) the Cubs somehow take home the World Series trophy, given the final shot of the film of Henry's ring. Isn't that burying the lede of a 12-year-old boy helping Cubs fans everywhere celebrate a World Series title after 90 years of turmoil? How do they do that, once Rowengartner leaves the team? Having also lost Steadman, to the sound of squealing guitars?!

That's the movie I want to see.