When the Mariners clinched a playoff birth, the city of Seattle absolutely erupted. And, really, it's been a party ever since. There's an excitement in the city that I haven't seen since I happened to be in Paris the day after France won the 2018 World Cup in Russia. Fans took to the streets. The vibes are incredible.

So much for the Seattle freeze I've heard so much about. Which reminds me, they really missed a pristine opportunity for that to be their NHL franchise. But I digress. Seattle is absolutely loving the Mariners right now.

And it's not just the Pacific Northwest that is taking notice. 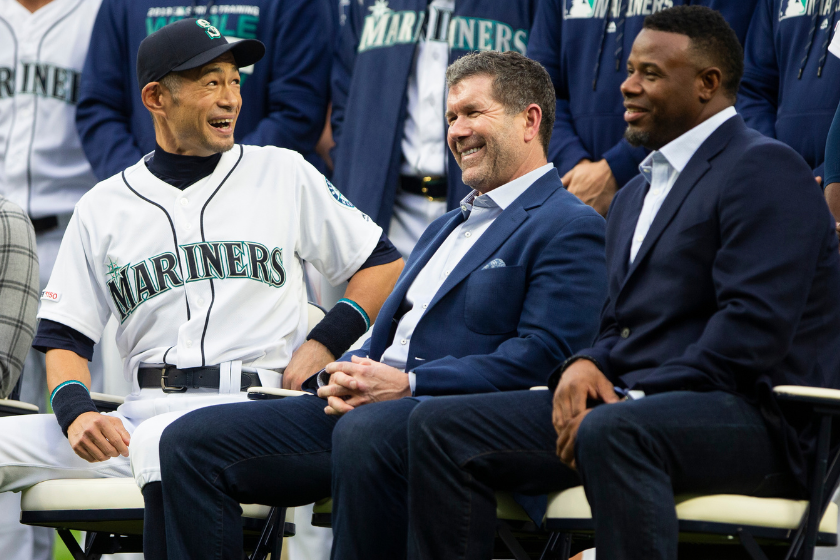 Related: The Winners and Losers of the 2022 MLB Regular Season

Before this postseason, the Mariners' drought was old enough to legally drink in the United States. The Kingdome was already a memory, and the Mariners' current stadium -- then known as Safeco Field -- was in its infancy. Ken Griffey Jr. was already gone, but Edgar Martinez, Ichiro Suzuki and Bret Boone were still in town.

The Mariners teams of the '90s were something special, with Junior, Edgar and The Big Unit (Randy Johnson). I grew up in Boston, but my favorite player was in Seattle. And I certainly wasn't the only one who had a similar story. Junior inspired a new generation of baseball fans, and he did so at a time when steroids were creating a chokehold on the game.

Fast forward to today, and this Seattle team has a lot of positives. If you're not a Yankees, Guardians or Astros fan (which, really, how could you be?), then you're likely rooting for the Mariners. Julio Rodriguez is a rookie phenom. He finished his first regular season hitting .284 with 28 home runs and 75 RBIs. It may not be long before the city sees as many jerseys donning 44 as it does Junior's 24.

They're a young and exciting team, with just enough veteran leadership to keep them grounded, and have the chance at a decent postseason run. To do so, they'll be looking for a repeat of regular season output from J-Rod, Ty France, Cal Raleigh and Eugenio Suarez.

The Road to the World Series Will Test Seattle

Employees caught on camera at a Toyota in Seattle

Watch it all. You won?t be disappointed pic.twitter.com/wqhC9a4SM1

The Mariners were able to dispose of the Toronto Blue Jays in back-to-back games in the Wildcard round. But their road to the World Series goes through Houston. And if they can pass that test, they'll be up against another big one in the Bronx.

Whether they can get there is hard to say. But they certainly have the world of baseball excited. Game 1 of the ALDS had its first pitch before 1 p.m. Pacific time Tuesday, and bars across Seattle found themselves transformed into work-from-home offices. The excitement is palpable, and I hope they can manage to make a deep run.

Houston doesn't deserve it. The Yankees sure don't need to add another championship. And the Guardians? However good that team may be, it's hard to get behind such a lackluster organization. I was born a Red Sox fan. But since my team is the equivalent of a dumpster fire, I'd like to root for a young team that plays their hearts out as they inspire the next generation.