Mike Mordecai flew out to left field. It was the first out of top of the eighth inning in Game 6 of the 2003 National League Champion Series between the Chicago Cubs and Florida Marlins, and with that out the Cubs had a 95% win expectancy.

At long last, Chicago looked on its way to breaking the Curse of the Billy Goat, one that had plagued the franchise for 58 years -- a franchise that hadn't won a World Series in nearly 100 years, its last coming in 1908.

Most baseball fans remember the rest of this inning (and the game) by one name: Steve Bartman. Bartman, of course, was the fan who interfered with a Luis Castillo foul ball down and caused Moises Alou to throw a hissy fit (to be frank, I don't think what Bartman did was egregious at all). The inning then became one of the biggest meltdowns in MLB playoff history, as the Cubs blew a 3-0 lead by giving up eight runs.

But what if all of that never happened? There's one play in particular that gets overlooked in history, a routine ground ball that should've been made. If it were, the Cubs' fate is likely completely different. Let's explore this alternate reality in which...

PRIOR: "We got what we wanted. ... Off-speed pitch to start him in the count, he's going to take a strike or (look) for a fastball, which I think he was, based on his swing."https://t.co/p7ixGnDnAg pic.twitter.com/T8hvyd2nIt

Here's what the start of the inning looked like:

Then, Miguel Cabrera came to the plate. He bounced a two-hopper to Cubs shortstop Alex Gonzalez (confusing, because Florida's shortstop was also named Alex Gonzalez) that he waited back on, letting it play him. All he had to do was charge the grounder and the Cubs turn the double play to get out of the inning. In this scenario, he does.

The Cubs turn to closer Joe Borowski in the ninth, and he shuts the door. The Cubs win the series 4-2 to advance to World Series against New York Yankees. That means...

Steve Bartman Goes Back into Obscurity 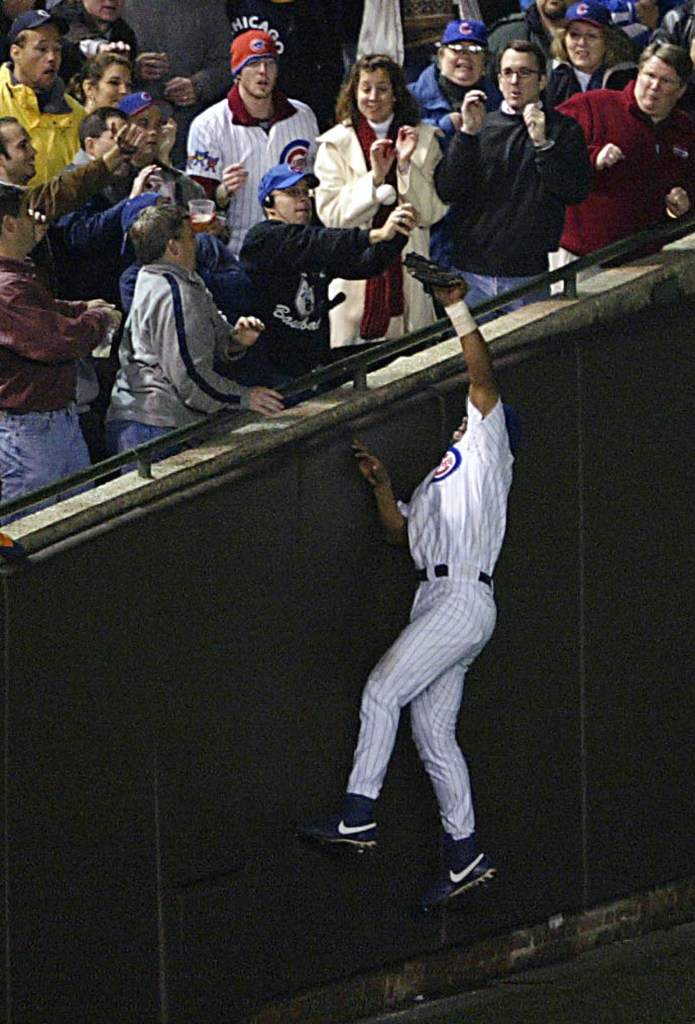 RELATED: Steve Bartman's Life Changed Forever 18 Years Ago, But Where Is He Now?

The 26-year-old donning a black sweatshirt, a Cubs hat and earphones feels bad for two batters, but he celebrates with his fellow Cubs fans after the ninth inning. He bar hops on Clark Street after the game, partying the night away.

The following morning he returns to his job in finance and lives his life normally, gearing up for Game 7 of the NLCS with a trip to the World Series on the line. No Cubs fan ever remembers his name again. His life is not ruined and he doesn't receive any death threats. He buys Cubs season tickets immediately after...

The Curse of the Billy Goat is Broken 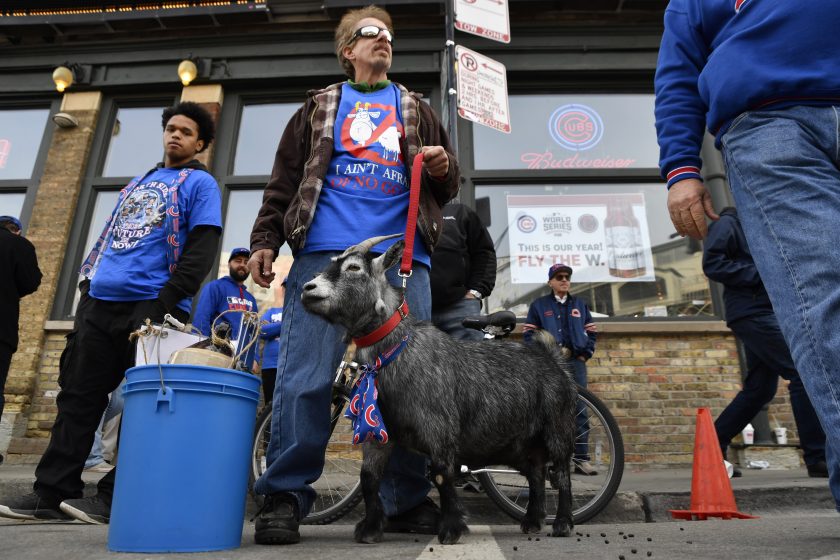 The curse, placed on the Cubs by Billy Goat Tavern owner William Sianis in 1945 after Sianis and his goat were asked to leave Game 4 of the 1945 World Series, is broken against the Yankees. Mark Prior pitches a complete game shutout in Game 6, stunning a raucous New York crowd and earning the Cubs their first World Series title since 1908.

Hoping to stay atop the MLB world...

The Cubs Sign Big Free Agents and Become a Dynasty 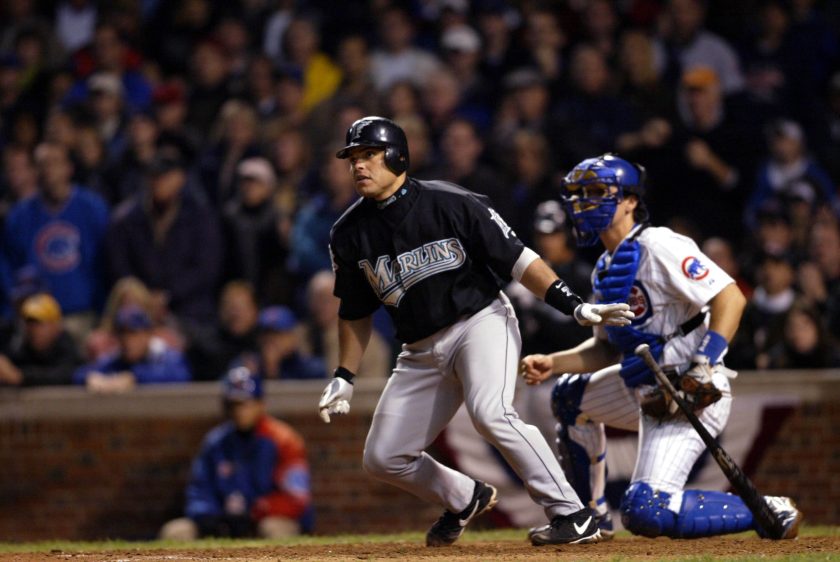 Following their World Series win, the Cubs sign a number of high-profile free agents looking for a ring.

Pudge, instead of signing with the Detroit Tigers, takes his backstop talents to the Windy City. He goes on to win the batting title in 2004. Bartolo Colon signs with the Cubs instead of the Angels, giving the Cubs a rotation of Colon, Greg Maddux, Carlos Zambrano, Mark Prior and Kerry Wood. He still wins a Cy Young award in 2005. He spends the rest of his career as a Cub, which means he never hits that iconic home run.

This loaded roster ultimately becomes a dynasty and defeats the Boston Red Sox which means... 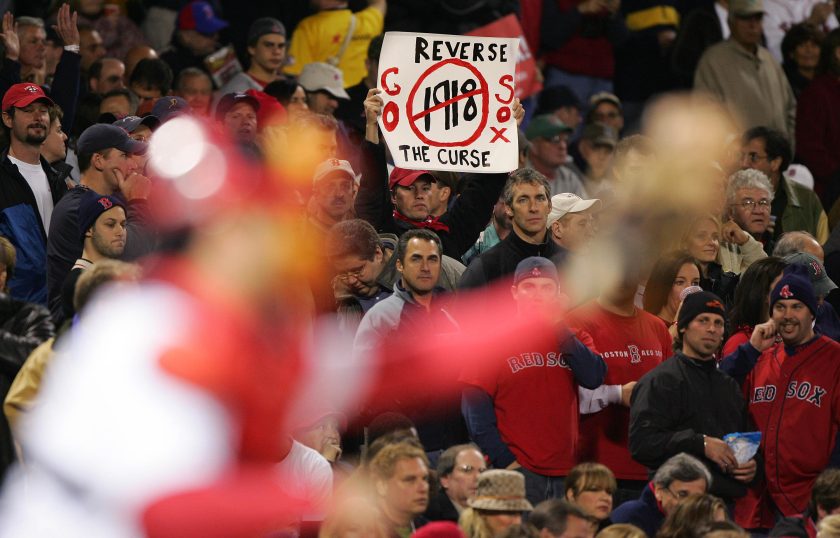 David Ortiz, desperately in search of a ring, pulls a Babe Ruth of sorts and leaves Boston for the Yankees, where he wins his only World Series. The Curse of the Big Papi then becomes a thing, adding another 100 years of misery to Boston fans. The Red Sox finally win a title in 3018. Elon Musk's great grandson is the coach. 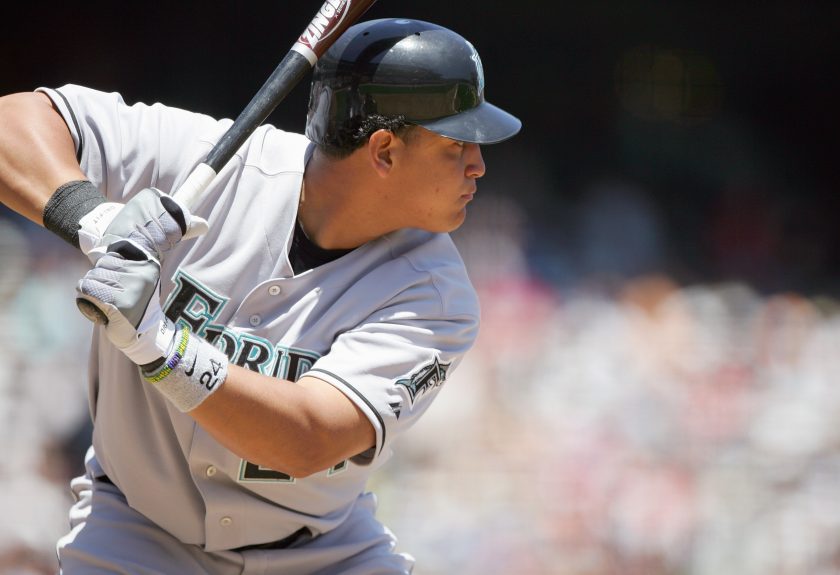 A Cubs dynasty would have ripple effects. Because another NL Central team is far too good, this means the Astros don't advance to to the Fall Classic in 2005, and the Cubs defeat the Chicago White Sox, keeping intact their 88-year championship drought. It also means in 2006 the Cardinals never make the World Series, leaving the Detroit Tigers to win their first ring since 1984.

Fresh off a championship, the Tigers then don't trade for Miguel Cabrera and Dontrelle Willis, which means one of the greatest hitters of all time stays put in Miami. The two of them then go on to sign deals to stay in Florida, where they make the Marlins a perennial playoff contender.

This turns Miami into a baseball city as fans flock to games. The team still receives its new, pearly white stadium, but the team never rebrands in 2012 and MOST IMPORTANTLY keeps the teal uniforms. The franchise also becomes worth way more than what Derek Jeter and Bruce Sherman can afford to buy it for.

And to think this is all because of one tiny error.