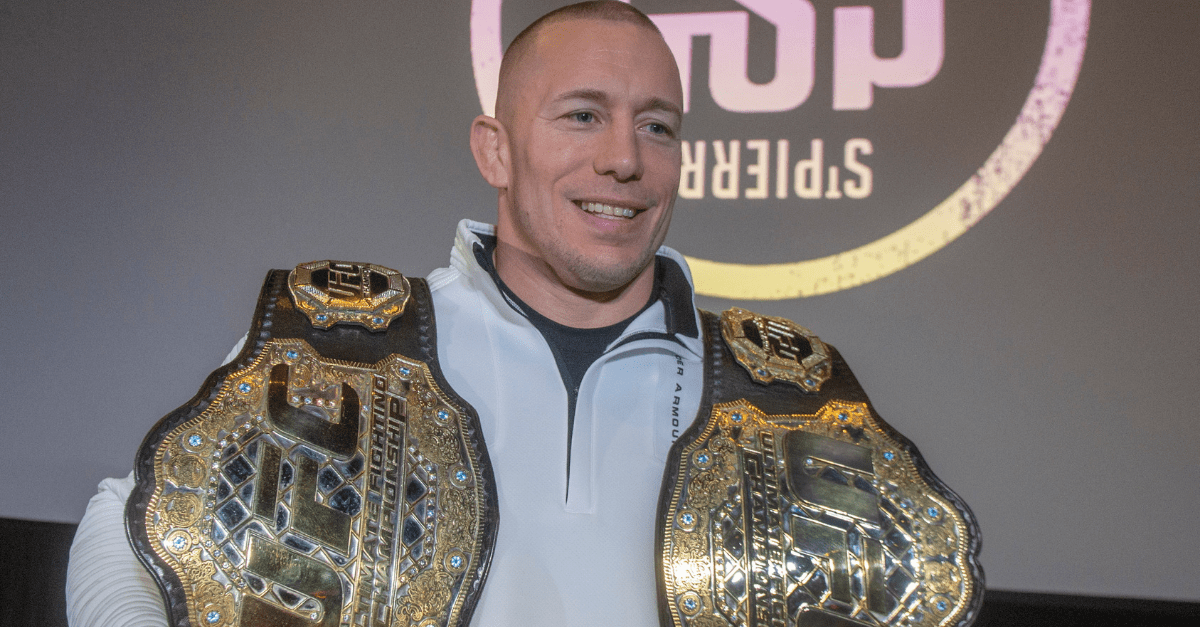 MONTREAL (AP) — Georges St-Pierre retired Thursday after a career in which he put mixed martial arts on the map in Canada and helped fuel the UFC’s worldwide expansion.

The 37-year-old Canadian made the announcement at the Bell Centre. St-Pierre, a two-division champion, leaves with a record of 26-2-0 and a 13-fight winning streak.

I’m announcing my retirement from the UFC and mixed martial arts competition. I intend to keep training and practicing martial arts for as long as I live, but now is the time that I chose to end my career as a professional MMA athlete. Read my official statement in the images. pic.twitter.com/uMP0LE5XeF

He has fought just once since stepping away from the sport in late 2013 after nine straight welterweight title defenses. But in November 2017 he dethroned middleweight champion Michael “The Count” Bisping in his comeback bout at UFC 217.

St-Pierre gave up the 185-pound crown a month later, citing concerns with ulcerative colitis. Despite limited activity, he is eighth in the UFC’s pound-for-pound rankings. He was nominated for best fighter at the ESPY Awards in 2008, 2010, 2011 and 2018.

He thanked family, fans and coaches as well as trainers, training partners, sponsors and agents. He also made it a point to laud his opponents.

“All of them are incredible athletes who brought out the best in me,” he said. “I retire from competition with great pride at having had a positive impact on my sport. I intend to keep training and practicing martial arts for as long as I live and I look forward to watching the new generation of champions carry our sport into the future.”

St-Pierre debuted on the big stage with a unanimous decision over Karo Parisyan in 2004. He won his first welterweight championship by knockout over Matt Hughes in 2006. After losing the title to Matt Serra, he recaptured the belt by TKO in their rematch in Montreal.

“Georges has cemented his legacy as one of the pound-for-pound greatest fighters ever,” UFC President Dana White said. “He beat all the top guys during his welterweight title reign and even went up a weight class to win the middleweight championship. He spent years as one of the biggest names in MMA and remains one of the best ambassadors for the sport.”

In 2011, St-Pierre set the largest UFC gate outside the U.S. at more than $12 million when he headlined UFC 129 at the Rogers Centre in Toronto. The crowd of 55,724 was the second-largest attendance in UFC history.