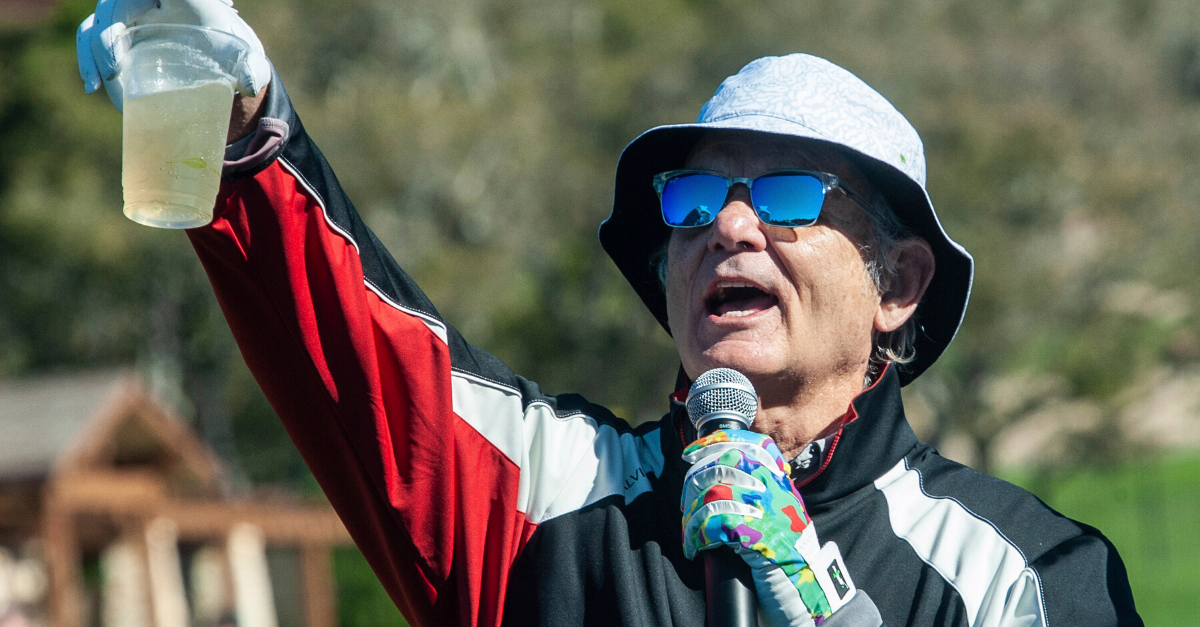 The coronavirus pandemic and outbreak of COVID-19 created this unprecedented world we find ourselves in. Hundreds of thousands of cases have been reported, and normal life spiraled out of control faster than anyone imagined. Drastic steps are being taken from the White House down to local and state governments mandating stay-at-home orders to increase social distancing and keep as many of us safe as possible.

Doctors and nurses need help. Thousands of families are struggling to buy food and supplies. But we are coming together to lift each other up however we can, and the All In Challenge is gaining steam like an out of control freight train to rally support for those in need.

What Is The All In Challenge?

We are incredibly proud of our Executive Chairman @michaelrubin for helping launch the #ALLInChallenge to help provide food for people in need that started from the COVID-19 crisis. Click link in bio to learn more and see how you can help today!

Fanatics founder and Executive Chairman Michael Rubin launched the All In Challenge in April to combat this global crisis. For as little as $10, the idea was for athletes to offer once-in-a-lifetime opportunities for anyone to donate money and enter to win their prize of choice. Even better, 100 percent of the money raised will be donated to benefit Meals on Wheels, No Kid Hungry, and America’s Food Fund in conjunction with World Central Kitchen and Feeding America.

For every tier of donations, you get more entries to win. Donating $10 gets you 10 entries, while higher donations of $50 and $100 double your entries, and obviously, chances to win.

Within a few days, and as of this publishing, the #AllInChallenge has raised over $7 million as athletes, actors, musicians and celebrities continue to “challenge” each other with more and more unique opportunities for people all over the world to enter.

Here are some of the best and most popular, but the full list is growing seemingly by the hour.

Matthew McConaughey’s All In Challenge

Go to allinchallenge.com/matthew-mcconaughey and donate for a chance to win a chance to join me at a @UTAustinTx Football Game. Let’s come together to feed the hungry during these tough times. I challenge @jimmykimmel + @jonahhill – are you ALL IN!? #AmericasFoodFund @wckitchen @feedingamerica @mealsonwheelsamerica @nokidhungry

A post shared by Matthew McConaughey (@officiallymcconaughey) on Apr 15, 2020 at 9:57am PDT

The “Minister of Culture” at the University of Texas at Austin loves college football. The actor is offering a chance for fans to sit in his personal box alongside his family and take in a Texas Longhorns football game at Darrell K Royal – Texas Memorial Stadium. McConaughey called out Jonah Hill and Jimmy Kimmel to challenges of their own, joining dozens of celebs getting in on the action.

You can enter to win for as little as $10 at allinchallenge.com.

Kevin Hart’s All In Challenge

Hey everybody, I’ve accepted the #ALLINCHALLENGE! Go to allinchallenge.com/kevin-hart and donate for a chance to win A SPEAKING ROLE IN MY NEXT MOVIE all while helping feed the hungry during this challenging time we all face together. Also, @theRock, @kingjames, @nicolekidman @KyrieIrving, @easymoneysniper – I challenge you to be ALL IN!

Ever wanted to be in a movie alongside this diminutive, award-winning comedian? Hart’s challenge extends the opportunity to have a speaking role in his next Hollywood movie.

You can enter to win here.

We accept the #ALLINCHALLENGE. Want the chance to attend @nbaallstar & play in the #NBACelebGame? Hear the details from @realgranthill & join us by going ALL IN in our Instagram Stories! Let’s come together to feed the hungry during these tough times. #NBATogether

You can actually play in the 2021 All-Star Celebrity Game Presented by Ruffles in Indianapolis. In addition, you and a guest get access to all the events that weekend, including the Rising Stars game, Slam Dunk and 3-Point Contest, and the 70th NBA All-Star game.

All In Challenge with Dixie and Charli D’Amelio

hii!! we have been challenged to join the #allinchallenge go to the link allinchallenge.com and donate for a chance to win a super fun day with dixie and i in new york city with tons of super fun things to to do (watch second slide for all details) help us raise money to feed those who need help during these tough times! 💕 this could be something to look forward to when everything is under control and everyone is safe this will not happen until it is safe to be out!! i love you all 💕💕

If you are using the social media app TikTok, well, you’re probably a high school kid, or you’re bored in the house and in the house bored. When it comes to TikTok celebrities, these sisters are the queens of the app’s viral dance crazes and boast tens of millions followers. Entering this contest wins a two-night stay in Times Square, shopping and private dances with Charli and Dixie, and the all important “shoutout” to get your TikTok following going.

We recently launched #AmericasFoodFund to help make sure every family in need gets access to food at this critical time. Our most vulnerable communities need our support now more than ever. That’s why we’re asking you to help us with the #AllinChallenge. If you’ve ever wondered what it’s like to be able to work with the great @martinscorsese_, Robert De Niro and myself, this is your chance. Robert and I are going to be starring in a new movie called Killers of the Flower Moon, directed by Martin Scorsese. We want to offer you a walk-on role, the opportunity to spend the day on the set with the three of us, and attend the premiere. To take part, please go to allinchallenge.com and donate whatever you can. 100% of your donation will go to @MealsonWheelsAmerica, @NoKidHungry and #AmericasFoodFund (@wckitchen & @feedingamerica) @officiallymcconaughey, @theellenshow and @iamjamiefoxx, will you go all in with us?

I’ve already entered this one…

You’ll receive a walk-on role for DiCaprio’s upcoming film “Killers of the Flower Moon.” In addition, you’ll get to meet famed director Martin Scorsese and eat lunch with the film’s cast, plus have your flight and hotel fares covered for the movie’s red carpet premiere.

Enter this one before it’s too late.

Throw Out First Pitch at the World Series

The @MLB is going ALL IN! One lucky fan will have the opportunity to experience a once in a lifetime MLB experience! Enter the sweepstakes for a chance to win! Visit https://t.co/K1pgbCkwkM to learn more and raise millions of dollars to feed those in need. #ALLInChallenge pic.twitter.com/qA9FuArpvl

This one is amazing, and if you’re a modern day Henry Rowengartner, it might even land you an MLB contract. Round-trip airfare and hotel fees are included. Not only that, you’ll get to play in the Legends and Celebrity game during All-Star weekend.

Be on the Cover of Sports Illustrated

Do you want to be on the cover of SI with your favorite athlete? Go to the link in our bio to see how you can find yourself on the cover with the athlete of your choosing!

You and your favorite athlete ever ? Seriously, ANY athlete ? will stand side-by-side and be on the cover of the most famous sports magazine in the world. Plus, you’ll be treated to dinner and drinks with the SI crowd in one of the most incredible opportunities ever.

Get on board with this one ASAP.

Design and Call Play for the Philadelphia Eagles

The Philadelphia Eagles are proud to be part of the #ALLINCHALLENGE. Go to allinchallenge.com/eagles to participate & enter for a chance to design & call in your own play at a Philadelphia Eagles Preseason Game to help feed the hungry during this challenging time. Also, Jerry Jones and @dallascowboys we challenge you to be ALL IN!

Eagles owner Jeffrey Lurie accepted the challenge and extended the chance for one fan to come to Eagles training camp, design a play for the team, and send it in during live action in a preseason game. It’s based, obviously, on the famous Super Bowl trick play known as the Philly Special.

I mean, this one’s a no-brainer. You’ll see how the award-winning show is produced, chill with Ellen, and get to co-host the show watched by millions.

Party With Drake’s All In Challenge

Hop aboard Air Drake and fly out to Los Angeles with seven of your closest friends. You’ll hang out with the Grammy Award-winning rapper at a private party, get care packages with gear from OVO and Nike, and then get tickets to Drake’s next concert nearest your hometown.

Toosie Slide your way over to AllInChallenge.com to enter.

From OleMissFB: RT SportsCenter: Update: Eli Manning has accepted Peyton's #ALLINCHALLENGE and is offering a chance to own the convertible he took home after winning his Super Bowl XLVI MVP.

You can win the 2012 Corvette Grand Sport Convertible Centennial Edition that Manning received for his MVP performance in Super Bowl XLVI. The titanium-colored whip looks awesome, and Eli will deliver the car himself as a consolation prize.

The auction for the car can be seen here.

from my friends @theellenshow and @michaelstrahan. Go to allinchallenge.com and donate for a chance to play golf and have dinner with me and the legendary Mr. Bill Murray at Pebble Beach. The proceeds will go toward feeding those in need during this challenging time. Now, I nominate you @jimmyfallon and @tigerwoods to go all in, too. LET’S GO!

Two of the greatest to ever do are offering a foursome round of golf at historic Pebble Beach Golf Course, followed by dinner with the legends. Honestly, this might be the best All In Challenge yet.

The list goes on and on. The All In Challenge is a testament to how incredible our world can be when we come together. From getting Justin Bieber to sing at your house, playing H.O.R.S.E. against Magic Johnson, and playing a round of golf with Peyton Manning, these trending fundraisers offer so many memories, plus they’re helping save millions of lives in the process.