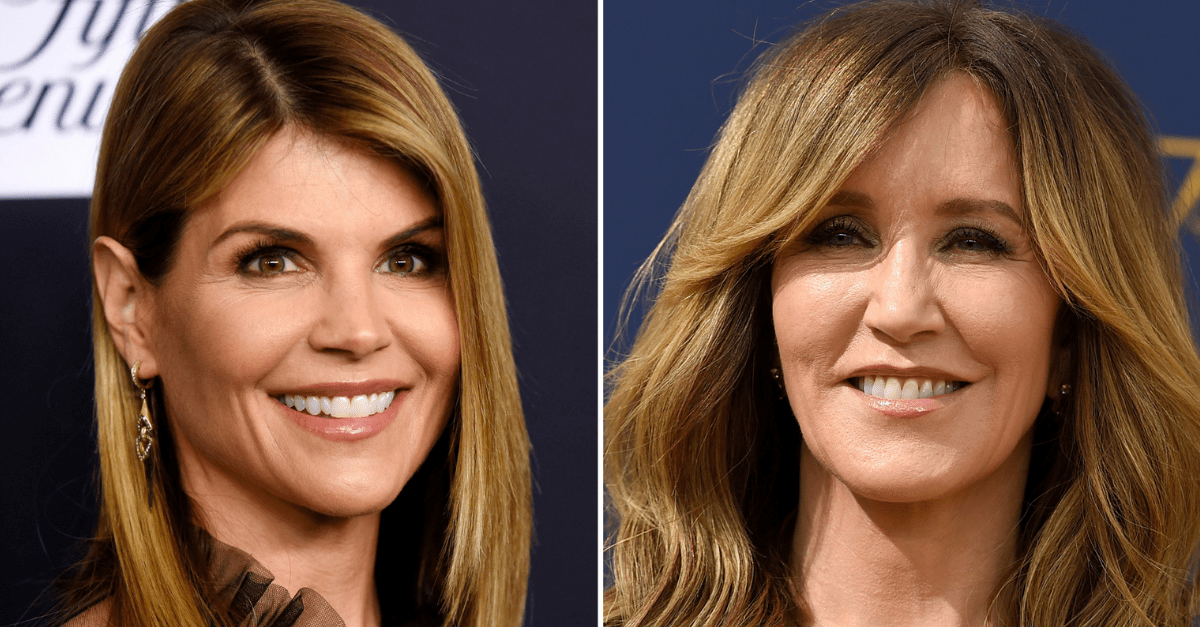 BOSTON (AP) — Hollywood actresses Felicity Huffman and Lori Loughlin were charged along with nearly 50 other people Tuesday in a scheme in which wealthy parents bribed college coaches and insiders at testing centers to help get their children into some of the most elite schools in the country, federal prosecutors said.

“These parents are a catalog of wealth and privilege,” U.S. Attorney Andrew Lelling said in announcing the $25 million federal bribery case.

He called it the biggest college admissions scam ever prosecuted by the U.S. Justice Department.

Actresses Felicity Huffman and Lori Loughlin are among at least 40 people indicted in a sweeping college admissions bribery scandal. https://t.co/85GU4DmC83

At least nine athletic coaches and dozens of parents were among those charged. A total of 46 people were arrested by midday, including Huffman and Loughlin, in an investigation dubbed Operation Varsity Blues, federal authorities said.

Prosecutors said parents paid an admissions consultant from 2011 through last month to bribe coaches and administrators to label their children as recruited athletes, to alter test scores and to have others take online classes to boost their children’s chances of getting into schools.

Parents spent anywhere from $200,000 to $6.5 million to guarantee their children’s admission, officials said.

“For every student admitted through fraud, an honest and genuinely talented student was rejected,” Lelling said.

The coaches worked at such schools as Stanford, Georgetown, Wake Forest, the University of Southern California and University of California, Los Angeles. A former Yale soccer coach pleaded guilty and helped build the case against others.

Authorities said coaches in such sports as soccer, tennis and volleyball accepted bribes to put students on lists of recruited athletes, regardless of their ability or experience. That, in turn, boosted the students’ chances of admission.

The bribes allegedly came through an admissions consulting company in Newport Beach, California. Authorities said parents paid the founder of the Edge College & Career Network approximately $25 million to get their children into college.

Loughlin appeared in the ABC sitcom “Full House,” and Huffman starred in ABC’s “Desperate Housewives.” Both were charged with conspiracy to commit mail fraud and wire fraud.

Court documents said Huffman paid $15,000 that she disguised as a charitable donation so that her daughter could take part in the college entrance cheating scam.

Actresses Felicity Huffman & Lori Loughlin among those charged. Huffman allegedly paid $15K to have fake proctor correct daughter's SAT answers. Loughlin and her husband allegedly paid $500K to have their two daughters designated as USC crew recruits, even though they didn't row.

Court papers said a cooperating witness met with Huffman and her husband, actor William H. Macy, at their Los Angeles home and explained the scam to them. The cooperator told investigators that Huffman and her spouse “agreed to the plan.”

A spokeswoman for Loughlin had no comment. Messages seeking comment from Huffman’s representatives were not immediately returned.