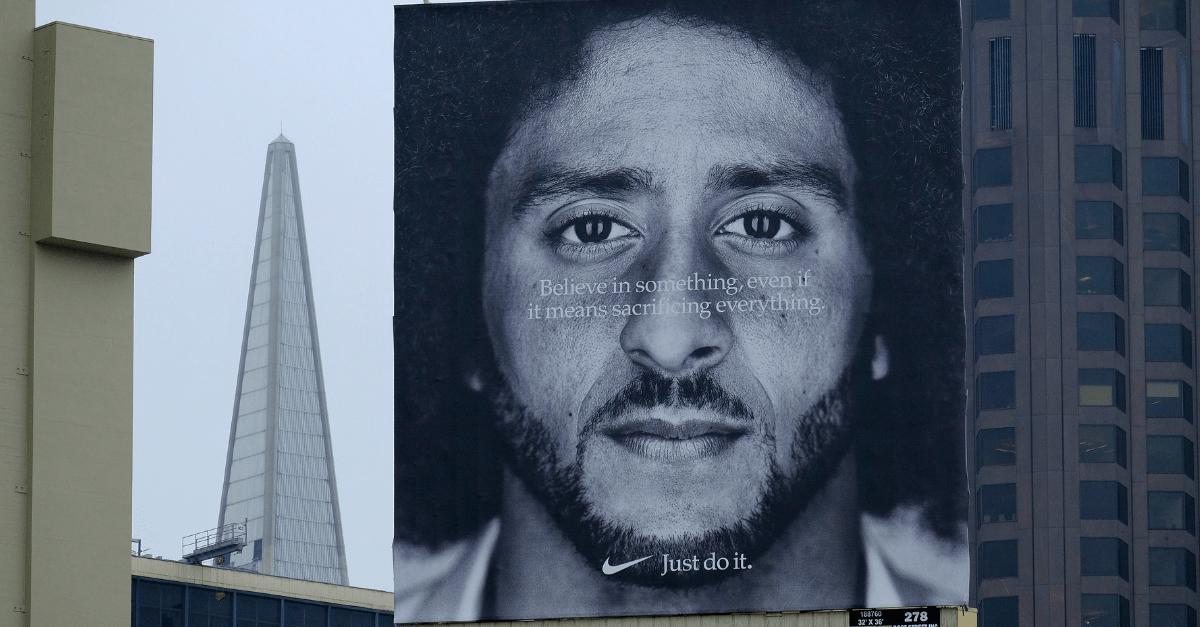 A day after Nike recalled a sneaker that featured an early American flag at Kaepernick’s urging, the Double-A Tennessee Smokies drew the 13-star symbol on their infield Wednesday and tweeted images of it.

“Hey @Kaepernick7 after a lot of thought, we have decided it’s best to just do it. #America,” the tweet said.

The Associated Press reported Tuesday that Kaepernick aired concerns to Nike over the release of the Air Max 1 USAs and its use of the Betsy Ross flag, which he said recalls an era when African-Americans were enslaved and has been appropriated by white nationalist groups. Nike recalled the shoe before it was due to go on sale for the July Fourth holiday.

Connor Pearce, marketing and community relations manager for the Smokies, told the AP on Wednesday night that “it was just a light-hearted take on a current situation.”

The team then deleted the tweet, saying “we did not mean to offend anyone by it. If it did, we certainly apologize.”