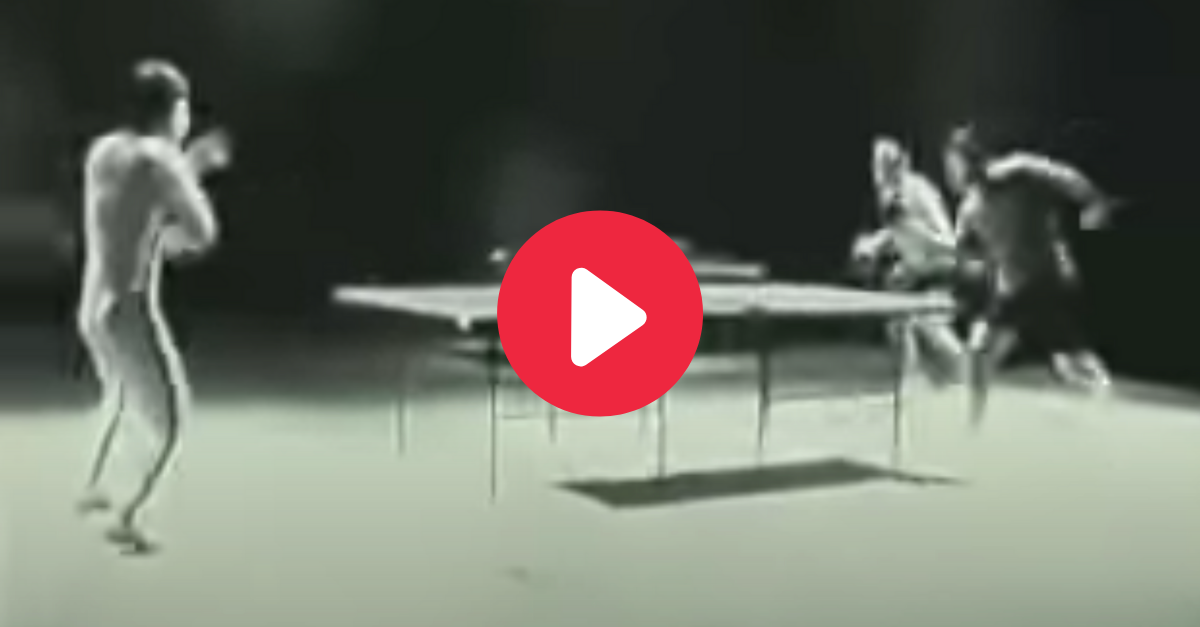 Bruce Lee was a legend. There?s no better way to put it. What he did as a movie star and martial arts expert was nothing short of incredible. Everything he touched was gold, but his iconic life ended far too soon.

Lee died on July 20, 1973. He was just 32 years old. His legacy still lives on today, but perhaps nothing encapsulated his greatness more than a viral video and advertisement for the Nokia N96 Limited Edition Bruce Lee cell phone back in 2008.

RELATED: Slap Fighting is Breaking The Internet, And It?s Amazing

Is the video real? Of course not. The J. Walter Thompson commercial came out in 2008, which was 35 years after Bruce Lee?s death. It does, however, feature a lookalike actor of the famous martial artist, a couple of other table tennis players, and some sweet post-production of adding the ping pong ball into the clip, according to a fact check by Snopes.com.

True fans of Lee wouldn?t be surprised if he could actually play kung fu ping pong with nunchucks (also called nunchuks or nunchaku), and it definitely looks like some secret footage, but it?s a digital creation and one of the coolest viral ads still out there.

?That?s why we understand what kind of tricks will stir up hot news among his fans. Of course, 2008 was Bruce Lee?s 30th anniversary also inspired us to launch a campaign to pay tributes to him. Our task was to get people excited enough to visit the campaign?s micro-site where they could learn more about the Nokia N96 Bruce Lee Limited Edition, not to communicate a complete, stand alone product selling proposition which is the objective behind most TVCs [television commercials].?

The video clip is as special as Lee?s performance in Enter the Dragon. Sure, it might be fake, but it?s still mesmerizing to watch.

This article was originally published June 2, 2020.