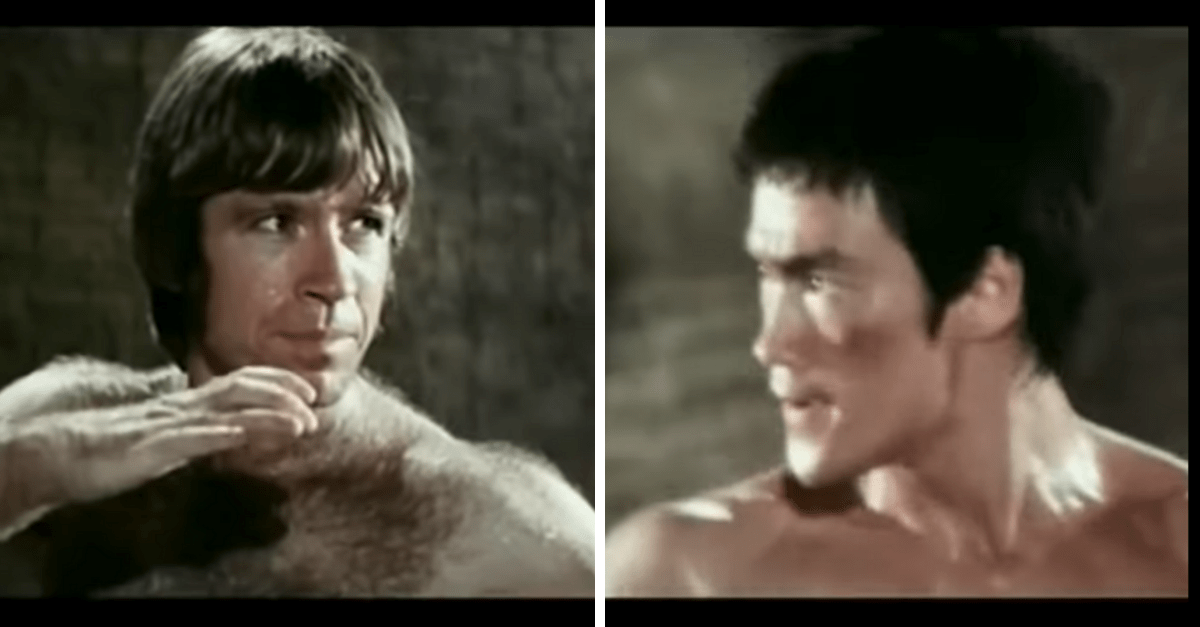 Bruce Lee poured the foundation for mixed martial arts to become the global sport it is today. Long before Dana White’s UFC dominated the fighting circuit, it was Lee who popularized fighting with iconic martial arts movies like The Big Boss (1971), Fist of Fury (1972), Way of the Dragon (1972), Enter the Dragon (1973) and The Game of Death (1978), several of which Lee directed, wrote, produced and starred in.

Lee is credited as the most influential martial artist to ever live, as well as bridging the gap between American films and Asian culture. His life paved the way for Asian actors gaining more and more leading roles in American films.

Born in San Francisco, California, Lee developed Jeet Kune Do from his training in the art of Wing Chun, which he learned during his childhood growing up in Hong Kong. Lee returned to the United States to study at the University of Washington, eventually heading to Hollywood where his star blossomed.

One of Lee’s timeless fight scenes, and perhaps his most famous, came in The Way of the Dragon ? It was released in the United States as Return of the Dragon. It wasn’t just because Lee was showing off roundhouse kicks or his incredible agility and skill, either. The scene is notable because Lee faced off against American martial artist and karate champion Chuck Norris, who became a close friend and training partner.

Tang Lung, played by Lee, faces off with Norris’s character, Colt, in the film’s decisive battle. The 10-minute fight scene is hands down one of the best you’ll ever see. (Please wait until Lee grabs a handful of Norris’ burly chest hair.)

Bruce Lee vs. Chuck Norris: “Way Of The Dragon”

In light of this scene, theories swirled; who would win in an actual fight? While your heart likely shifts to Lee, the showdown might not such an obvious outcome, as Grunge.com explains:

“For many people, its borderline offensive to even insinuate that Bruce Lee might lose a fight, let alone one against the guy he once so utterly dominated on the silver screen. Still, it all comes down to sheer fighting prowess. Unless we arbitrarily time the fight at some point before Chuck Norris’ newfound invincibility (in which case, R.I.P. Norris), Lee is facing an opponent who is not only ridiculously skilled, but also a much more experienced fighter.”

According to Vintage News, the Hollywood action star and Walker, Texas Ranger hero lost his first ten official bouts, then put together a miraculous streak of 168 wins, two ties and zero losses in competition since 1968.

Norris, however, refuses to predict the potential fight’s outcome, per Black Belt Magazine:

“Would I have beaten Bruce Lee in a real competition, or not? You’ll forgive me for answering with another Bruceism: ?Showing off is the fool’s idea of glory.’ “

Could Chuck Norris have bested arguably the greatest MMA influence and fighter on the planet in a real life bout? We’ll never found out, but man, I would’ve paid big money to watch that showdown live in living color.

How Did Bruce Lee Die?

“Life itself is your teacher, and you are in a state of constant learning.” pic.twitter.com/hESPX05VdJ

Tragically, Bruce Lee died on July 20, 1973 when he was just 32 years old. An autopsy attributed Lee’s death to a cerebral edema, when fluid surrounds the brain and causes it to swell ? Lee was originally diagnosed after suffering a grand mal seizure in May 1974, and the issue persisted to the point that his brain swelled 13 percent the day he died. Theories that Lee’s death was a murder or that it placed a “curse” on the family are unsubstantiated.

It’s believed adverse effects to painkiller medication Lee was taking may have caused his untimely death, though that wasn’t proven in his autopsy.

Lee’s life and legacy was profiled in the ESPN documentary Be Water, which airs for the first time on Sunday, June 7, 2020 at 9 p.m. EST.

And just because there is no such thing as too many Bruce Lee fight scenes, check out the time he went toe-to-toe with NBA legend Kareem Abdul-Jabaar, who might be the tallest kung fu “master” in movie history.