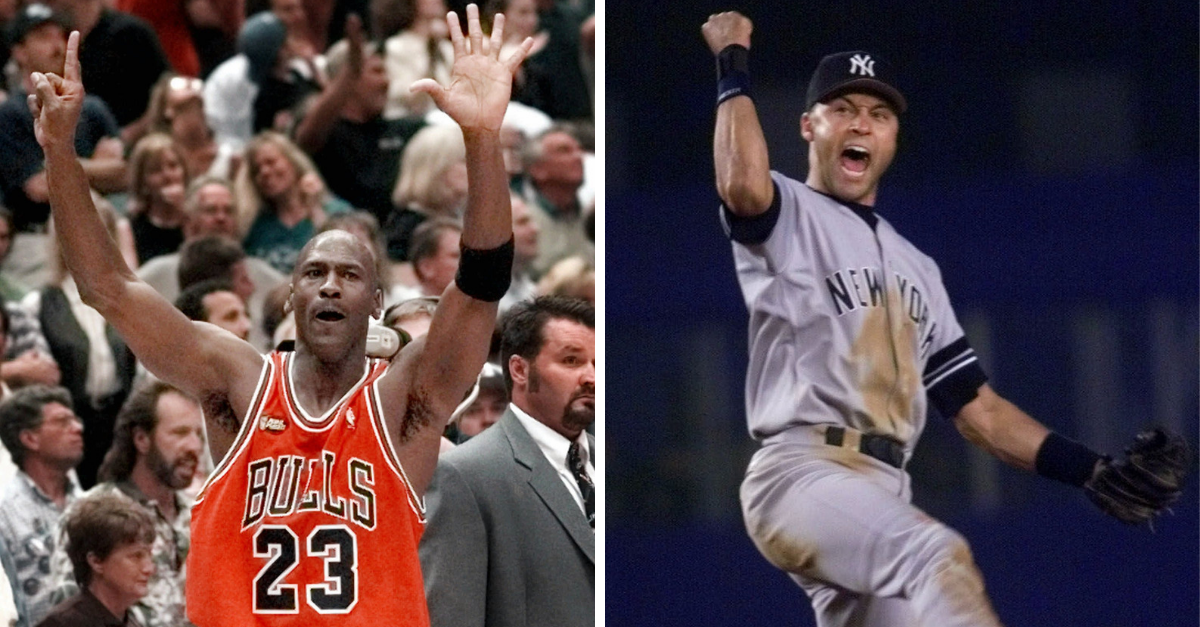 In everything we do in life, we are always looking for inspiration and drive to keep us going. When it comes to sports, the famous heroes and icons of our childhood inspired us to be larger than life. Sports teach us about overcoming struggle, learning self-discipline and hard work, then realizing our full potential.

The sports figures who survive the test of time aren’t just the athletes who won or lost the most games. More importantly, they were the people who taught us what it really means to be more than an athlete. Here are 35 inspirational sports quotes from some of the biggest sports heroes and their motivational quotes that will translate for every generation over time.

3. Arnold Palmer: “Always make a total effort, even when the odds are against you.”

4. Muhammad Ali: “I hated every minute of training, but I said, ‘Don’t quit. Suffer now and live the rest of your life as a champion.'”

5. Billie Jean King: “Be bold. If you’re going to make an error, make a doozy, and don’t be afraid to hit the ball.”

6. Lou Holtz: “If you’re bored with life — you don’t get up every morning with a burning desire to do things — you don’t have enough goals.”

9. Wayne Gretzky: “Procrastination is one of the most common and deadliest of diseases and its toll on success and happiness is heavy.”

10. Derek Jeter: “I love it when people doubt me. It makes me work harder to prove them wrong.”

11. Michael Phelps: “You can’t put a limit on anything. The more you dream, the farther you get.”

12. Mike Singletary: “Do you know what my favorite part of the game is? The opportunity to play.”

13. Babe Ruth: “All I can tell them is pick a good one and sock it. I get back to the dugout and they ask me what it was I hit and I tell them I don’t know except it looked good.”

14. Tommy Lasorda: “Pressure is a word that is misused in our vocabulary. When you start thinking of pressure, it’s because you’ve started to think of failure.”

16. Mia Hamm: “I am a member of a team, and I rely on the team, I defer to it and sacrifice for it, because the team, not the individual, is the ultimate champion.”

17. Lance Armstrong: “Pain is temporary. It may last a minute, or an hour, or a day, or a year, but eventually it will subside and something else will take its place. If I quit, however, it lasts forever.”

18. Knute Rockne: “Yes, I now that you feel you are not strong enough. That’s what the enemy thinks too. But we’re gonna fool them.”

20. Mary Lou Retton: “For athletes, the Olympics are the ultimate test of their worth.”

21. Andre Agassi: “What makes something special is not just what you have to gain, but what you feel there is to lose.”

“Leadership is a matter of having people look at you and gain confidence, seeing how you react. If you’re in control, they’re in control.”

24. Matt Biondi: “Persistence can change the failure into extraordinary achievement.”

25. Arnold Schwarzenegger: “Strength does not come from winning. Your struggles develop your strengths. When you go through hardships and decide not to surrender, that is strength.”

26. Yogi Berra: “You’ve got to be very careful if you don’t know where you are going, because you might not get there.”

27. Kareem Abdul-Jabbar: “You have to be able to center yourself, to let all of your emotions go… Don’t ever forget that you play with your soul as well as your body.”

28. Ronnie Lott: “I mean, it’s not important what kind of pants you were; it’s how you wear them.”

“If everything seems under control, you’re just not going fast enough.”

32. Satchel Paige: “Never let your head hang down. Never give up and sit down and grieve. Find another way.”

33. Picabo Street: “I wasn’t losing my focus, but I was getting tired of focusing. What I was focusing on what becoming too routine, too ritual, not something that was interesting, new and exciting.”

34. Terry Bradshaw: “When you’ve got something to prove, there’s nothing greater than a challenge.”

35. George Halas: “Nobody who ever gave his best regretted it.”