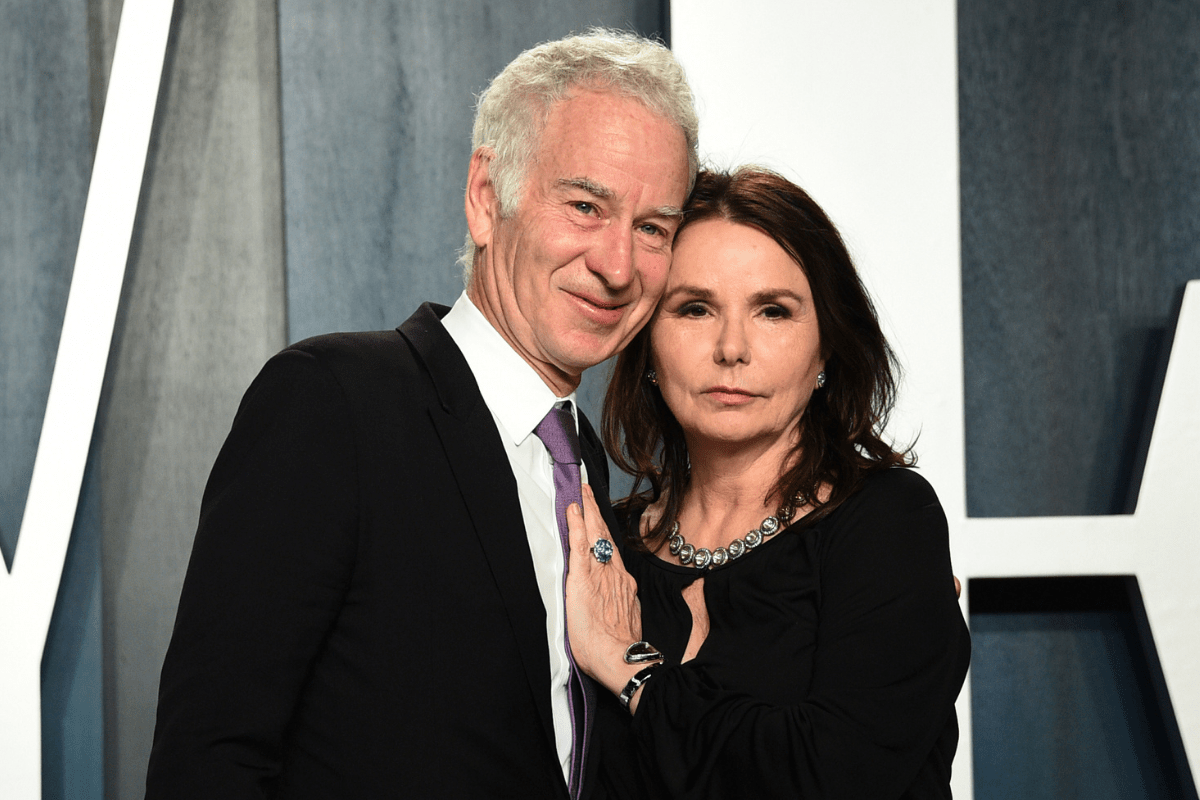 Former superstar tennis player John McEnroe is one of the greatest of all time in his sport.

McEnroe dominated in the late 1970s and 1980s, winning seven Grand Slam Singles titles throughout his esteemed tennis career. Of course, he may be better known for his outbursts and hot-headed demeanor before transitioning to the broadcast booth.

While his play on the court made him a tennis legend, McEnroe’s romantic life was a bit harder to manage. He eventually got a divorce from his first wife before finding love again with rock star Patty Smyth.

John Patrick McEnroe was first married to ex-wife Tatum O’Neal, an Academy Award winner and daughter of actor Ryan O’Neal. She was actually the youngest person to ever win the award: she won it at 10 for her role as Addie Loggins in “Paper Moon” in 1973.

The American tennis player and Oscar-winning actress were married in 1986 before parting ways in 1992. They had three children together: sons Kevin and Sean, and daughter Emily.

Their divorce in 1994 was a nasty one. There were accusations of drug abuse from both sides, and O’Neal lost custody of the kids.

“I would lock myself in my room because it was hard to be around her not acting like herself,” Kevin O’Neal told People Magazine of his mother’s drug abuse. Kevin himself ran into his own drug abuse troubles later in life.

Now, the two are both clean and closer than ever.

McEnroe then met Patty Smyth for the first time at a Christmas party in 1993, and they immediately hit it off, according to People Magazine.

Smyth, a singer-songwriter, was a star in her own right as a member of the rock band Scandal. The pair got married in 1997 and have two children, daughters Ava and Anna.

Patty also has a daughter, Ruby, from a previous marriage.

The happy couple has been married more than 20 years and are still going strong today. They currently reside in Manhattan, New York.

McEnroe and Smyth keep their relationship private for the most part but still make a handful of red carpet appearances each year.

Smyth’s music career is renowned for the hit song “The Warrior.” She recently released her first album in 28 years titled “It’s About Time.”

John McEnroe was born in Wiesbaden, West Germany but moved to New York City with his family at a young age. He showed promise in tennis and his parents enrolled him at the Port Washington Tennis Academy when he was 12.

McEnroe made his amateur debut in 1977.

The 18-year-old won the mixed doubles at the French Open alongside Mary Carillo. He then shocked the crowd at Wimbledon and advanced to the semifinals before losing to Jimmy Connors.

McEnroe took his talents to Stanford University and helped lead the Cardinal to an NCAA Championship. A year later, McEnroe joined the ATP Tour.

In many ways, McEnroe’s professional tennis career will forever be remembered as controversial.

There was the completely dominant McEnroe, who won nine Grand Slam doubles titles, five Davis Cup’s, four U.S. Open singles titles and spent 170 weeks as the World’s No. 1 ranked player. He also had historic victories against fellow tennis stars such as Bjorn Borg and Ivan Lendl.

And then there was the hot-headed McEnroe, who frequently threw tantrums on the court and mouthed off to the officiating crew.

Some of his most iconic moments in the sport were his meltdowns, including his ultra-famous catchphrase, “You cannot be serious,” at Wimbledon in 1981.

Hats off to his loving wife Patty for cooling him down.