Tennis star Rafael Nadal likes to keep the attention focused on his craft.

He's all about preparing to win the Madrid Open, Australian Open, French Open, U.S. Open, and Wimbledon. He needs to be at his best against the likes of Roger Federer, Andy Murray, Novak Djokovic, Stefanos Tsitsipas, Nick Kyrgios, Dominic Thiem, and rising Spaniard Carlos Alcaraz if he wants to add to his 20 Grand Slam titles.

There's a reason he's spent 209 weeks as the ATP World No. 1 and the only player who's held the top spot in three different decades.

The Mallorca, Spain native's social media accounts feature highlights from the court along with sponsorships.

If Rafael Nadal fans want to see pictures of his family, they'll have to look elsewhere. He prefers to keep that part of his life private.

Nadal's family can often be found in the stands cheering him on at the world's biggest tournaments and stages, like during the French Open Finals where Nadal had dominated. Leading the section is his wife Maria. 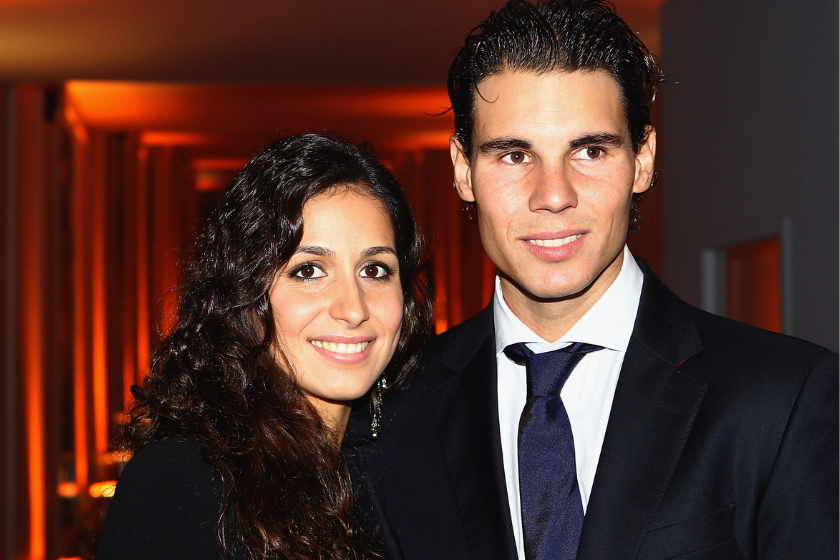 Rafa and his longtime girlfriend Maria Francisca Perelló met for the first time through his younger sister Maribel. Maria and Maribel met at school.

The couple started dating at the tail end of their teenage years -- he was 19 and she was 17. The couple kept their relationship under wraps. As Rafa's fame grew, so did their publicity.

Maria -- who goes by Mery and has mistakenly been referred to as Xisca Perello -- is a business graduate from the University of the Balearic Islands. She worked as a sports marketer in London after graduating.

Mrs. Nadal is currently the Project Director of Strategy and Relations with Institutions for the Rafa Nadal Foundation, while her professional tennis player husband racks up Roland Garros trophies for their mantle.

The King of Clay Finds His Queen 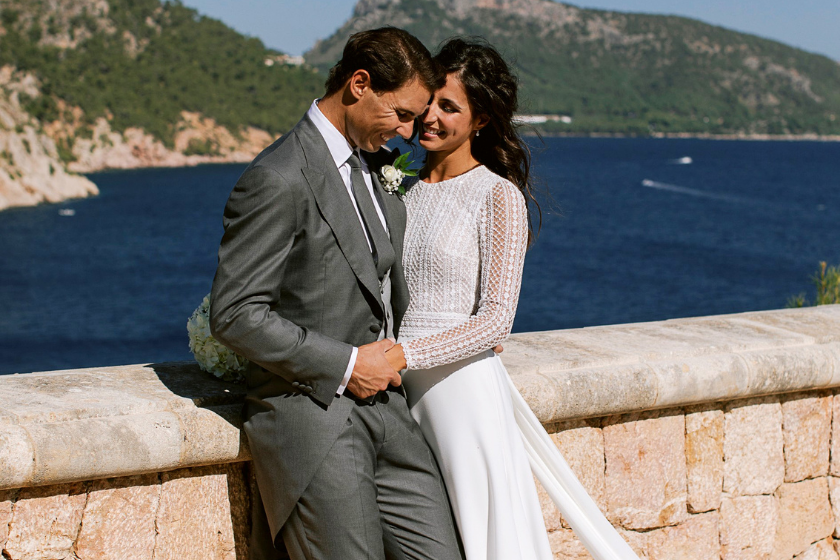 Rafa popped the question on a trip to Rome in 2018.

They tied the knot in October 2019 at La Fortaleza -- a castle in Majorca and the most expensive property in Spain. Former King of Spain Juan Carlos I was in attendance.

You won't be seeing Rafa and Mery covering La Vanguardia or Sports Illustrated together. She prefers to stay out of the limelight to keep the focus on his accomplishments

The Spanish tennis player keeps his game, Real Madrid fandom, and foundation at the forefront. He can look over and see his family supporting him when he takes the court.

That's all that matters to him.