Having a fast tennis serve can prove to be a significant advantage during a match.

Anything that gives the opposition less time to react is a big boost in the sport, and players have long been looking for any way to get the upper edge with serve speed, particularly on their first serve. We've all seen the Nolan Ryan Cam, which puts you in the batter's box against the Hall of Famer's 90 mph fastball. If that seems impossible to hit, imagine trying to catch up to a tennis ball flying towards you at almost double the speed.

That's the kind of velocity we're talking about, people. These serves are like nothing you've seen on Wii Tennis.

Nowadays, technology such as the Hawk-Eye system has been developed in order to properly track how fast a serve is hit by tennis stars.

So, what is the fastest tennis serve of all time?

The Fastest Men's Tennis Serves Ever 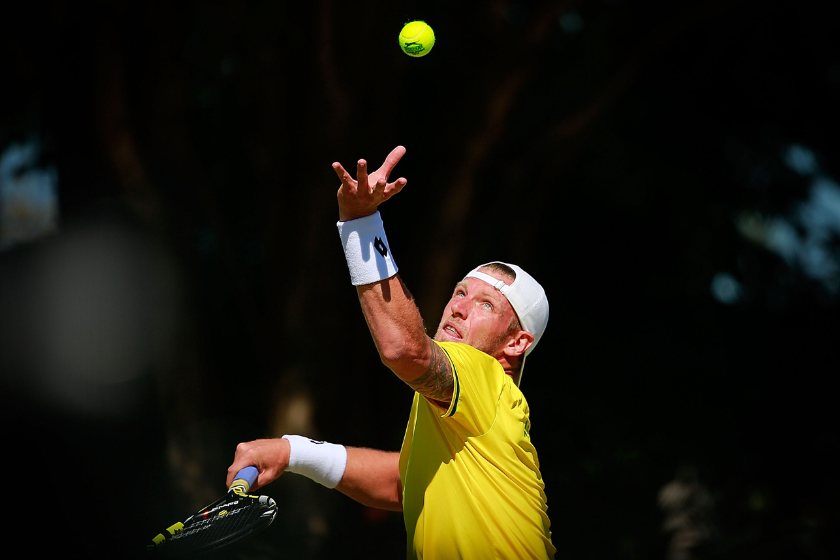 RELATED: The Longest Tennis Match in History Went So Long It Broke a Wimbledon Scoreboard

In 2012, Australia's Sam Groth recorded a serve at a velocity of 163.7 mph (263 kph) during the Busan Open Challenger event in South Korea, amidst a second-round match against Uladzimir Ignatik.

While this is the world record for the fastest serve ever recorded, the ATP doesn't formally recognize records set at Challenger-level competitions. Thus, the tennis player's serve doesn't hold weight in the official record books.

France's Albano Olivetti recorded a serve of 160.0 mph during the 2012 Internazionali Trofeo Lame Perrel, which stands as the second-fastest serve in history.

In 2016, John Isner hit a fast serve with a velocity of 157.2 mph at the Davis Cup. Croatia's Ivo Karlovic and Poland's Jerzy Janowicz have also logged an 156.0 mph serve as well. In that same tournament, the 2016 Davis Cup, Poland's Hubert Hurkacz also reached the 150+ mph mark in his first round matchup.

American tennis star Andy Roddick's fastest-ever serve was recorded in 2004, when he managed a 155.0 mph blast in the semifinal round of the Davis Cup.

Additionally, Canadian tennis star Milos Raonic, who joined the ATP Tour in 2008, hit a 155.0 mph serve during a singles match at the 2012 SAP Open, the seventh fastest recorded serve in history.

At the Aegon Championships in 2014, Spanish tennis player Feliciano Lopez ripped a 244.6 km/h or 152 mph serve in the first round.

2020's fastest serve belonged to Nick Kyrgios, whose display at the Australian Open was clocked at 252 kph.

So far the fastest serve of 2022 belongs to Spaniard Alejandro Davidovich Fokina, who sent a 252 km/h or 156.6 mph serve toward his opponent in the 2022 Italian Open.

While some of the top players in the sport are some of the fastest servers, the biggest names in professional tennis don't try to break the racquet with every big serve.

Former World No. 1s such as French Open Owner Rafael Nadal, Roger Federer, Andy Murray and Novak Djokovic are certainly capable of recording serves over 135 mph, but prefer to go for accuracy instead of a faster serve. 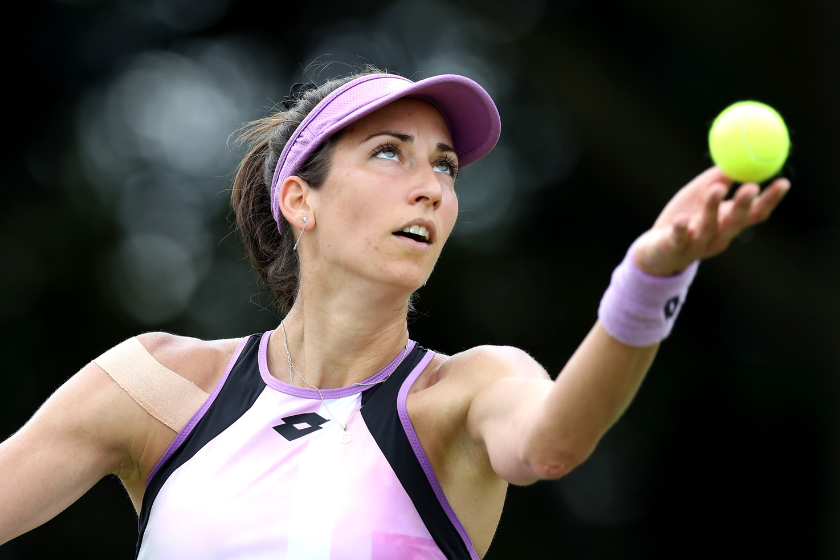 The speed record for women's serves is owned by Georgina Garcia Perez, who recorded a 136.7 mph serve at the 2018 Hungarian Ladies Open.

Coming in with the third fastest serve among women is Sabine Lisicki, whose 131.0 mph serve was recorded at the 2014 Stanford Classic. Her first-round serve stood as the record for a while until it was broken by Sabalenka and Garcia Perez.

Venus Williams and Serena Williams have nearly identical top-serve speeds of 129 mph and 128.6 mph, at the 2007 U.S. Open and 2013 Australian Open, respectively.

Others who have registered among the fastest serves in women's tennis history include Brenda Schultz-McCarthy, Ana Ivanovic, Naomi Osaka and Caroline Garcia.

This article was originally published on March 2, 2021, and has been updated since.