Don't believe me? Just ask John Isner and Nicolas Mahut, who spent 11 hours and five minutes playing the longest match in tennis history in the first round of the 2010 Wimbledon Championships, spanning over three days before a winner was finally determined. 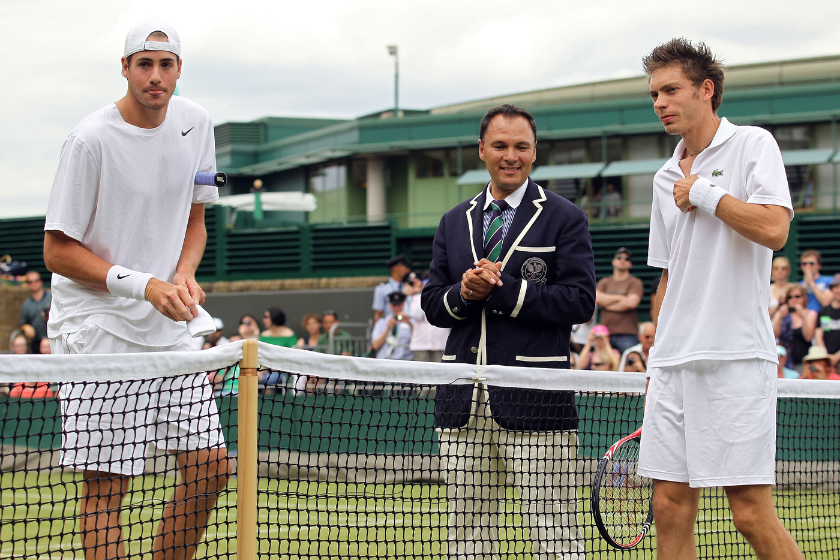 We've all seen herculean feats on a tennis court, whether it's Rafael Nadal at the French Open, Novak Djokovic at the Australian Open or women's tennis phenoms Martina Navratilova and Serena Williams at the U.S. Open, where John McEnroe made his name. These incredible athletes put together noteworthy bodies of work at these Grand Slam events, with the world watching their every move.

And while Roger Federer's eight wins at Wimbledon may earn him the crown as champion on grass, the first-round matchup between Isner and Mahut gives him a run for his money.

Isner came into the English tennis tournament as the 23-seed in the tournament, despite the American tennis pro being ranked No. 19 in the world at the time. Isner had burst onto the scene earlier in the year after adding to the round of 16 at the Australian Open, where he'd fall to No. 4-ranked Andy Murray. His opponent, Frenchman Mahut, faced a different challenge, getting through the qualifying rounds in order to even play in the tournament. Trying his hand at singles play, Mahut is well-known as a fantastic doubles player, eventually winning the top prize at the 2018 and 2021 Roland-Garros. As of 2019, Mahut has been able to complete a career Grand Slam for Men's Doubles, winning each of the big four tennis tournaments, and even ranking No. 1 in the world over that time.

The two tennis players met in the first round of the tournament and their first three sets seemed relatively unremarkable. The match began at 6:13 p.m. and by the end of the third set at 8:03 p.m., Mahut was up 2-1 over Isner, and the American needed to mount a comeback. Isner would win the fourth set 7-6 after winning the tie-breaker set 7-3. Now, at 9:07 p.m., play was suspended with both players tied at two sets a piece.

The winner-take-all fifth set to determine who would advance to the second round would have to wait for the next day.

Day 2: The Party Don't Stop Til The Sun Sets 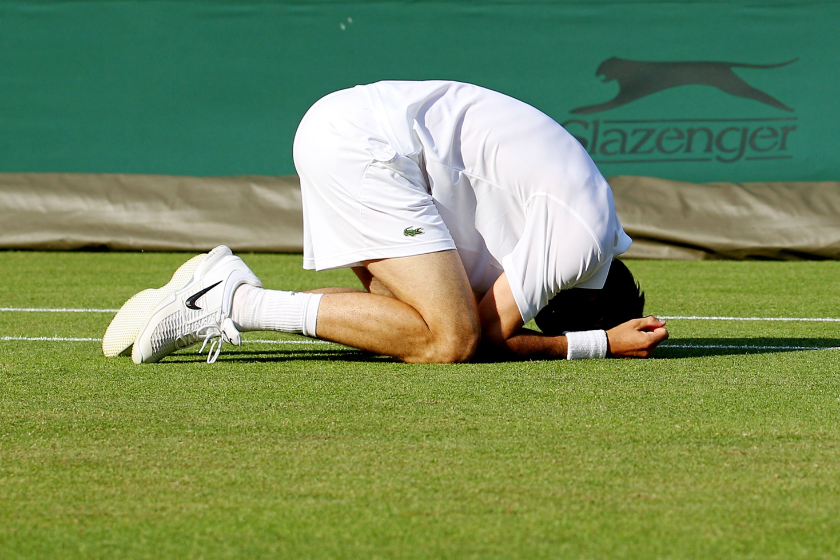 Before diving into the absolute insanity that is the final set of this match, it's important to understand that Wimbledon in 2010 isn't using the same set of rules they are today.

The All England Club, which hosts Wimbledon, had a rule that in the event of a 6-6 tie at the end of a set, a tie-breaker set would be used to determine the winner, as Isner had done in the fourth set. However, in 2010, that rule was not in effect during the fifth and final set, which meant that one player needed to win by two games.

Day 2 began at 2:05 p.m. and it was clear spectators were in for another long day. After 3 hours and 45 minutes, with the final set knotted at 32-32, it was official. The 2004 French Open match between Arnaud Clement and Fabrice Santoro was dethroned. The longest tennis match ever was being played at Wimbledon, and they still had a ways to go.

At 47-47, the scoreboard began to malfunction. The IBM programmers who set up the scorekeeping technology stated that the scoreboard only went up to 47, and that they could try to reprogram it to go higher. The website scoreboard also crashed and reset itself to zero, asking users to "add 50" to each player's score. This would come in handy considering that at 9:09 p.m. on the second day, the match was stopped and it was announced that Isner and Mahut would have to continue the match the following day. 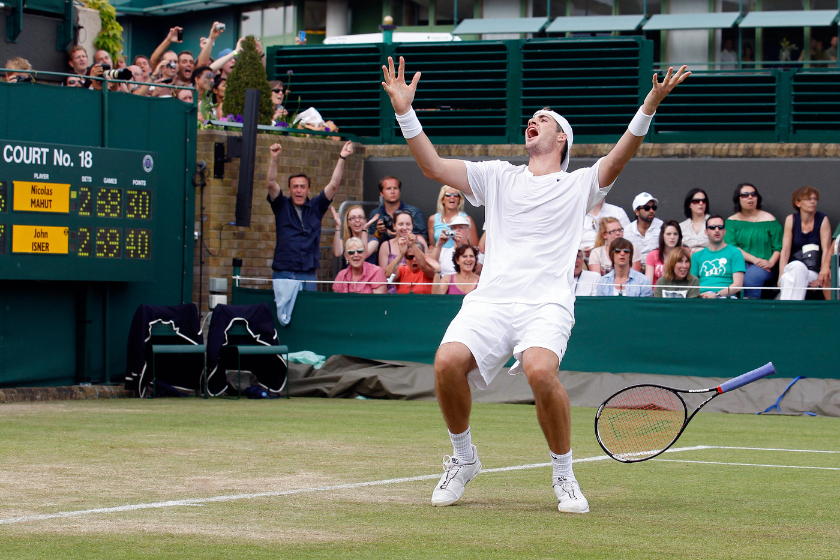 Both players were exhausted. The two days of back-and-forth play had drained the life out of them. But still they returned to the court on Day 3 to battle. Isner had four match points in the first two days, but he had failed to put the match to bed. But after reaching his fifth match point, Isner didn't let his chance to end the match slip through his fingers.

After 11 hours and 5 minutes, it was over. Isner had won the final set, 70-68. Ask any sports fan to guess what sport came to that final score and they'll name every game under the sun before reaching professional tennis. For comparison, 2010 Wimbledon Women's Singles champion Serena Williams spent less time in all of her matches combined as she waltzed to victory.

The match was over, and in the second round, Isner was shut down in straight sets and visibly exhausted by his marathon with Mahut. But, eight years later, John Isner would find himself in a similar situation.

During his 2018 Wimbledon Semifinal match, Isner faced off against Kevin Anderson, as they went into the final set tied at 2-2. While this match only lasted 6 hours and 36 minutes, Isner failed to come out on top, as Anderson won the final set, 26-24, and advanced to the Wimbledon Final. After this match, the All England Club would finally change their tie-breaker ruling, now allowing a tie-breaker set to be played if the final set reached 12-all.

Other matches have come close in recent years, most notably Argentina's Leonardo Mayer and Brazil's Joao Souza at the 2015 Davis Cup, which lasted over 6 hours. So far, no one has reached double-digits since those three fateful days at Wimbledon.

The game of tennis, played on grass or clay, can often seem like a simple sport than doesn't take too much mental toughness. But if you watch the entirety of this match, you'll grow a new appreciation for the sport.

But then again, if you watch anything for 11 hours and 5 minutes, you may never want to watch it again.