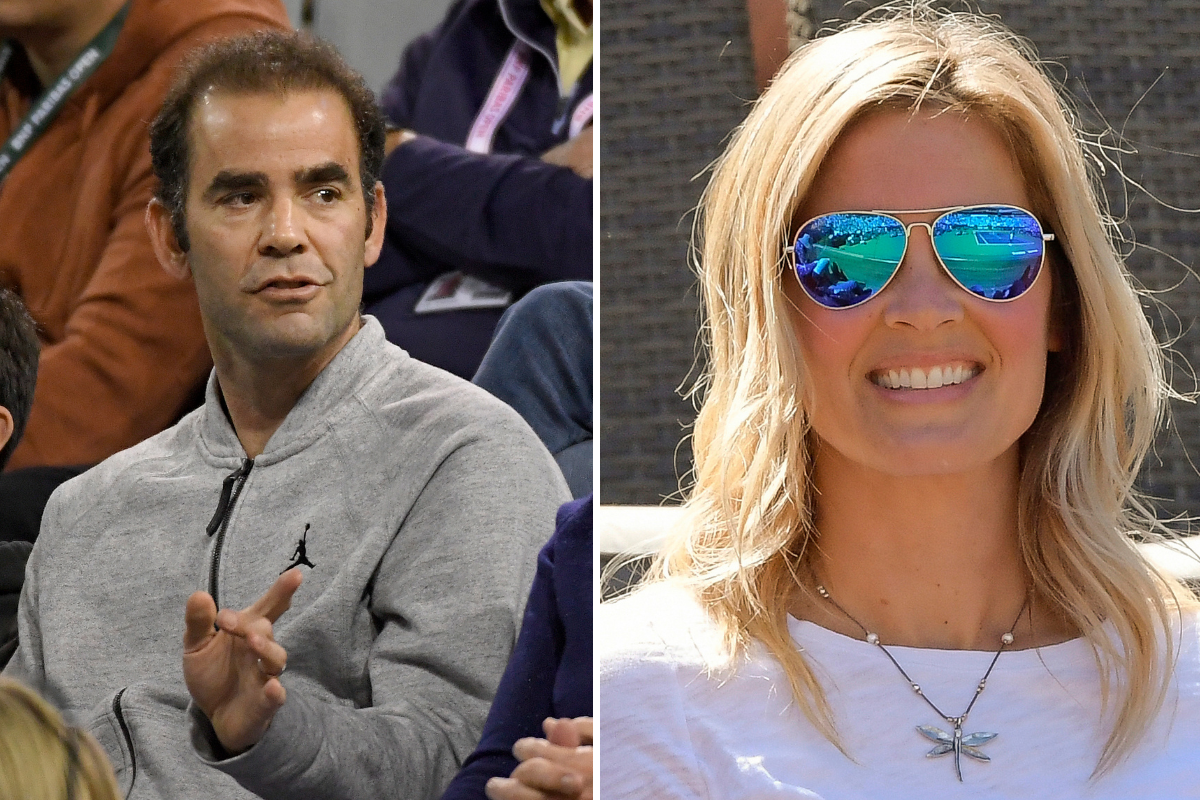 When people think about the terms “GOAT” and “the nineties,” most minds turn toward Michael Jordan.

There’s no doubt MJ deserves the accolades, but I submit another GOAT to consider when thinking about late-century greats: tennis legend Pete Sampras.

Sampras was unstoppable for seven years straight. He ended his run on top in 2000, the same year he married a famous Hollywood actress amid her equally unstoppable career.

And yet… when’s the last time you heard from the couple? Here’s a rundown of where the Sampras clan came from, has been, and is now.

Pete Sampras was born in Washington, D.C., on August 12, 1971, when the number one artist was the Bee-Gees. Things were truly better back then.

Sampras was one of four children with older and younger sisters (Marion and Stella Sampras) and an older brother (Gus). His parents, Sam and Georgia Sampras, moved the family to Southern California around 1978. It didn’t take long for young Pete to find a tennis court, racket, and his serve.

Sampras was on the verge of becoming a tennis pro only a decade after the move. Professional tennis was his dream and he pursued it with everything he had, even forgoing high school in the process.

He instead attended the IMG Tennis Academy in Bradenton, Florida. Say what you will about Florida, but they produce some fine athletes.

RELATED: The World’s Fastest Tennis Serve Zoomed Past His Opponent

Tennis outfits in the 1990s were peak fashion. Never has such color combinations been braved since Barney.

Fourteen times in his career this man completed a Grand Slam, a feat far more impressive than a loaded home run. Completion of the feat requires winning the four biggest tennis competitions: the Australian Open in January,  the French Open in late spring, the Wimbledon in early summer, and the US Open in the fall.

It’s a grueling gauntlet and months-long marathon that would push any athlete to their limit. Pistol Pete made it look easy. He was just that good.

For longer than His Airness dominated the NBA, Sampras ruled the grass at Wimbledon. He found himself facing fashion god Andre Agassi time and time again, often getting the best of The Las Vegas Kid.

For much of the era, Sampras was almost universally regarded as the top tennis player in the world.

Sampras enjoyed fame for his hard work both on and off the court. He signed a lucrative endorsement with Nike in 1994 and even landed a deal with Pizza Hut.

Apologies for the quality, but I think it added to the overall aesthetic. I also don’t think Sampras spent too much time eating stuffed crust pizza, delicious though it may be.

It wasn’t his acting that landed Pete a famous actress-wife. Their meeting was, however, a moment straight out of Hollywood.

Who is Bridgette Wilson?

Before she was Sonya Blade, actress Bridgette Wilson was an Oregon girl and Miss Teen USA.

Bridgette Wilson won the honor of Miss Teen USA at the age of 17, which is pretty old for that competition.

At 19, Wilson got her big break on the soap “Santa Barbara” before landing a role on the quintessential 90s kids-com “Saved by the Bell”.

Soon she had even bigger breaks in the films “Mortal Kombat”, “Billy Madison”, and “Last Action Hero”.

Wilson scared audiences in “I Know What You Did Last Summer” and the classic Vincent Price remake “House on Haunted Hill”. In 2001, she participated in “The Wedding Planner”, one of the worst movies I’ve ever had to watch recently.

Bridgette Wilson, like Sampras, dominated the 1990s and fell off in the early aughts. Sounds like a match made in Los Angeles.

The star-crossed lovers first crossed stars across the star walk in Hollywood, California.

The tennis star reportedly saw the American actress across the way at a movie premier and remarked to his friend how he’d like to meet her (get in line, buddy; who didn’t want to meet BW in ’99?).

Strings were pulled, numbers were exchanged, and faster than a Sampras return, the couple served up an ace.

It was love-love for eight months before the couple tied the knot in 2000 and they have been together ever since.

Do They Have Kids?

Yes, the couple has two sons.

Pete and his wife Bridgette Wilson-Sampras welcomed their eldest Christian Charles Sampras in 2002 (the top song was “Lose Yourself“), followed by his brother Ryan Nikolaos Sampras in 2005 (“I Kissed a Girl“).

The tennis great and former Miss Teen USA winner share an estimated net worth of $170 million.

Where Are They Now?

There are reports of the couple fighting a lot lately, but haven’t we all been? I guess they actually are human.

Or maybe they’re not. They spend much of their free time moving from one luxurious home to another, racking up quite the bill in Southern Californian real estate. They currently live in Bel Air.

Retired American tennis player Pete Sampras and actress Bridgette Wilson-Sampras were two of the best at what they did 30 years ago. They were so successful that they’ve been able to live in style ever since.