Tiger Woods Met His Girlfriend While She Worked at His Restaurant 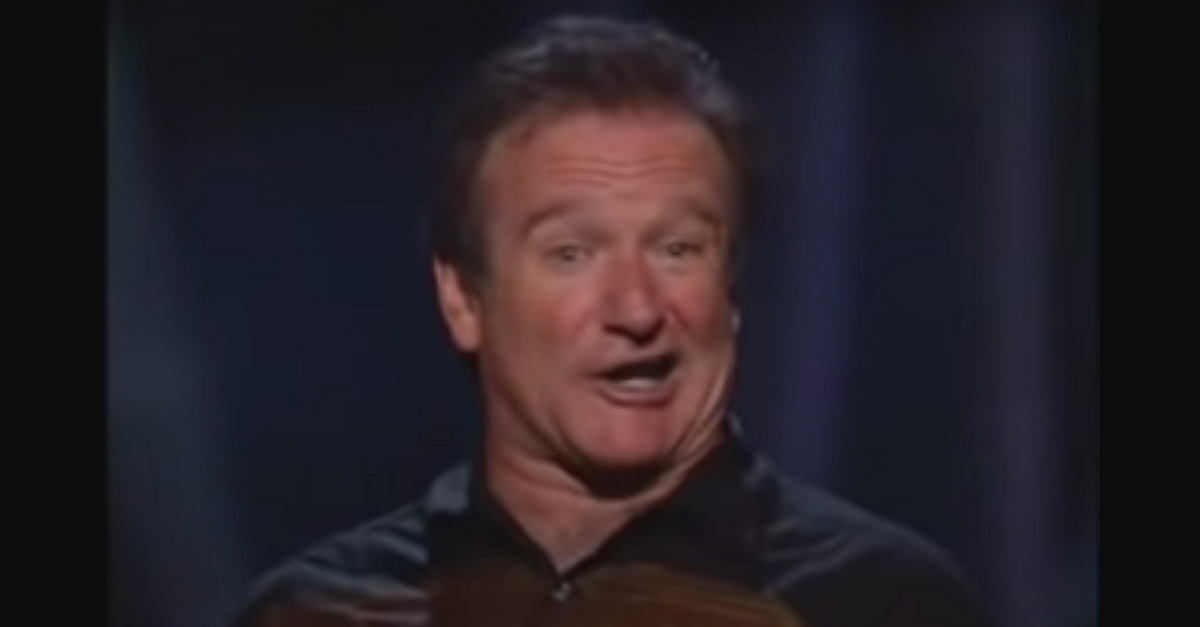 Robin Williams left the world too soon at age 63 back in August 2014, but while he was here, Williams’ life and career left a mark on each and every one of us that we will never be able to wipe off.

I got chills rewatching this monologue:

But first and foremost, Robin Williams was a stand-up comedian, unrivaled by many of his peers. He began performing at clubs around San Francisco, California, in the late 1960s. By 1979, he won a Grammy Award for Best Comedy Album at 28 years old. In 1982, he delivered an entire set dressed as the American Flag. (Genius, I know.)

But in 2002, Robin Williams: Live on Broadway debuted, which solidified Williams as one of the funniest to ever deliver stand-up comedy. (Just in case there was any doubt.) One skit in particular stands the test of time, and every weekend golfer knows exactly what Williams was talking about that night in New York when he jokingly recalled how the game of golf was first invented.

“If you want a linguistic adventure, go drinking with a Scotsman. ‘Cause you can’t f***ing understand them before… And you realize how drunk they get: They could wear a skirt and not care! And only they could invent a sport like golf:

“F*** no! Not straight. I put sh*t in the way! Like trees and bushes and high grass. So you can lose you f***ing ball. And go hacking away with a f***ing tire iron. Whacking away, and each time you miss you feel like you’re going to have a stroke. F*** that’s what we’ll call it, a stroke, cause each time you miss you feel like you’re gonna f***ing die! Oh great, oh and here’s the better part. F***, this is brilliant! Right near the end, I’ll put a little flat piece with a little flag to give you f***ing hope. But then I’ll put a pool and a sand box, to f*** with your ball again. Ay, you’ll be there cracking your ass, jacking away in the sand.

“And you do this one time?

Williams then launched into a hilarious spiel about the absurd clothes, goofy pants, required athletic ability (or lack thereof), and the values once found at The Old Course at St Andrews in Scotland, often considered the “home of golf.” He ended with an ode to Tiger Woods, and one observation that hilariously paints what makes the greatest golfer who ever lived so dominant.

“The son of a black man and a Thai woman ? Not even a German geneticist could’ve thought that one up! Black athletic ability, Buddhist concentration, [Williams throws out a few inaudible sounds]. Crouching putter, ah-ha!”

Next time you’re watching a PGA Tour event, maybe in the heart of a U.S. Open race, I challenge you not to laugh thinking about Williams’ depiction of a Mexican soccer announcer calling the action.

Rest in Power to a true legend.