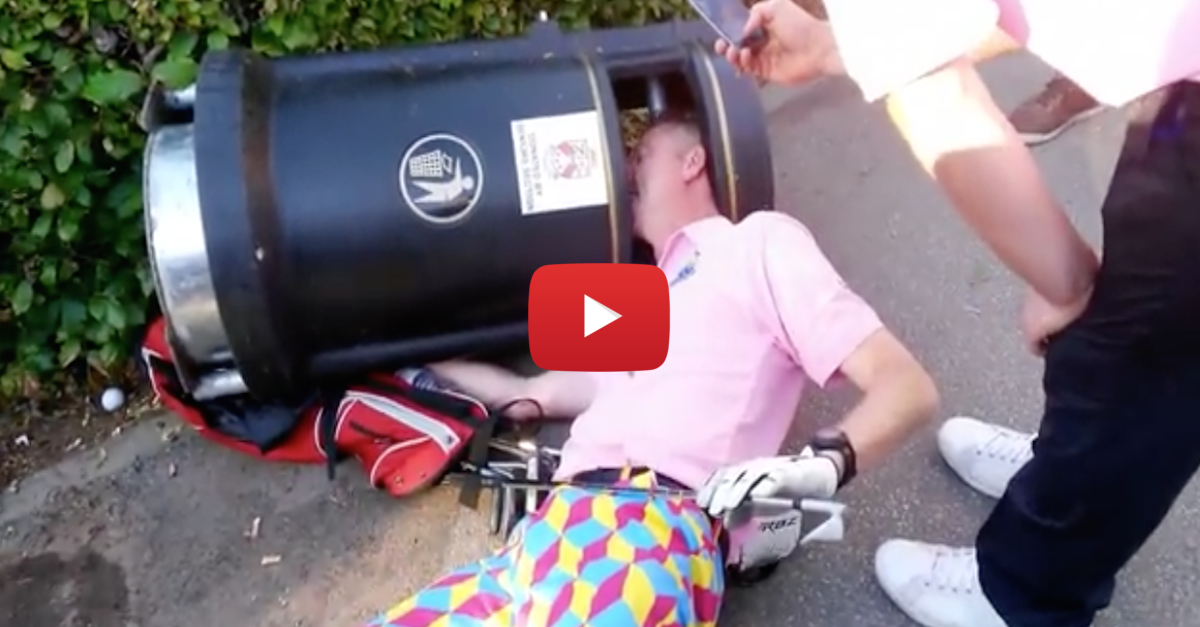 A British golfer, participating in a 24-hour charity golf tournament had been drinking when he reportedly decided to throw his clubs into a trash can, according to The Telegraph.

“We were coming to the end of the day and I had been losing it a bit with a few bad shots. We’d all had a few beers,” he said. “I said, ‘I’m going to bin these clubs’ but they wouldn’t fit. I decided to go a step further. I went to put my head in the bin, but then I couldn’t get it out.”

Alcohol and funny ideas are never a good combination.