If I told you Tiger Woods has only been married once, you'd probably call me a liar. The 46-year-old won his first major title when he was 21 and has won 15 in total over the course of his career, which makes one wonder how one of the best golfers of all time has tied the knot just once.

Of course, as much as Tiger showed he's other-worldly with a putter in his hands, he's most definitely human judging from his personal life. In 2009, news of his infidelity broke and mistresses came forward to tell their stories. In 2017, he was arrested in Jupiter, Florida, after he was found asleep at the wheel under the influence of prescription drugs.

Maybe that's why it was easy to root for Tiger's comeback after a fall from grace. When he won the Masters in 2019, after winning his last major at the U.S. Open in 2008, fans were treated with a trip down memory lane as he gave a patented fist pump in his classic Tiger red. He then celebrated the moment with his two children, mother and his mystery girlfriend.

So, who is the woman dating the golf legend worth $800 million? Here's a rundown of who she is plus Tiger Woods' dating history. I thought Dennis Rodman's list of women was crazy (don't worry, it is), but Tiger Woods may very well take the cake.

Keep in mind that this list may not be complete because, well, Tiger has had a LOT of love interests (allegedly). 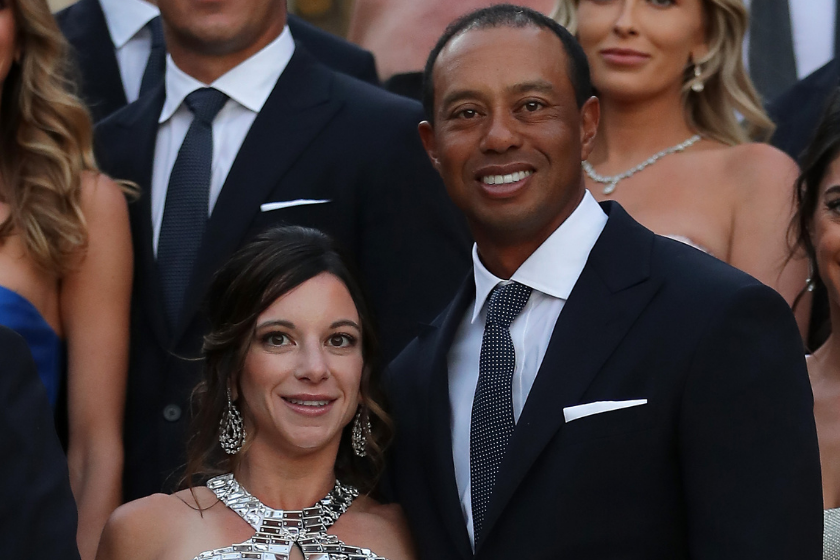 She met the golf superstar when she working as the general manager at The Woods Jupiter, a Woods-owned restaurant that opened its doors in Jupiter, Florida, in 2015.

Though it's unclear when they began dating, Herman and Woods were first spotted in public at the Presidents Cup in 2017 at the Liberty National Golf Club in Jersey City, New Jersey. They must've been official by that point because reports indicated she was wearing a "player spouse" badge for the event, according to Golf Monthly.

She tagged along to the 2018 Ryder Cup in Paris and posed for a picture with him outside of the Palace of Versailles before the gala. She kissed him when he won the 2018 Tour Championship and stood by his mother and children during his monumental Masters win at Augusta National in 2019. The two also attended a World Series game and watched Serena Williams play at Wimbledon together. 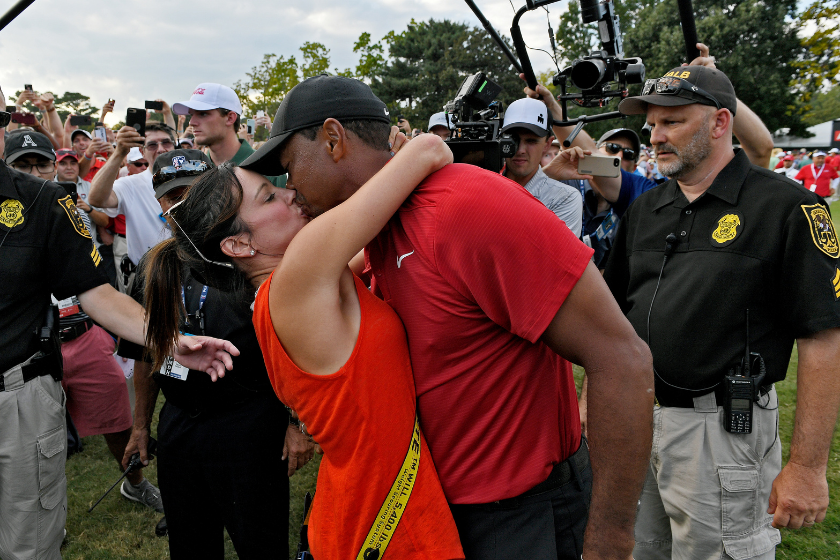 Herman is from Boynton Beach, Florida. Per the Palm Beach Post, she was a cheerleader in high school and attended Palm Beach State College and the University of Central Florida in Orlando before becoming restaurant manager at his Florida restaurant and meeting Woods. According to TMZ, she doesn't work at the restaurant anymore. 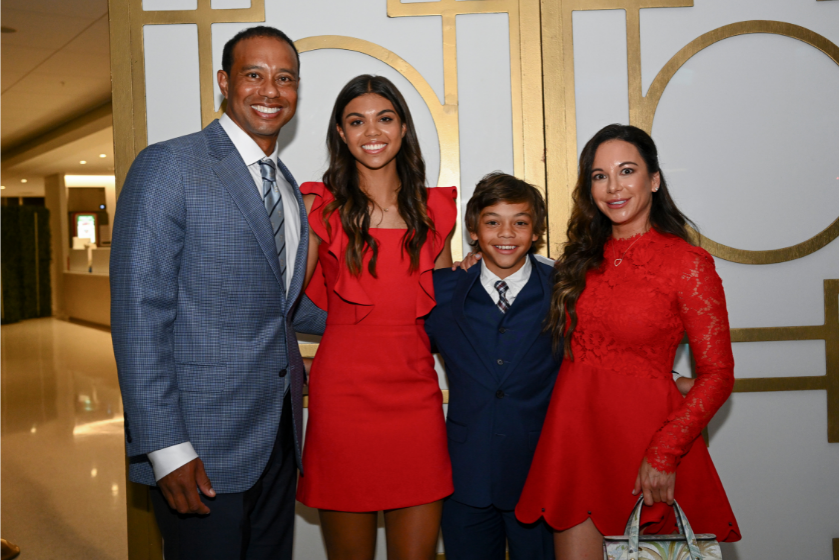 Despite not being spotted in public with Woods for a while, Herman told Radar Online the two are still together in the fall of 2019. She visited him in the hospital after his car accident in February 2021 and reportedly never left his side during the recovery process.

"There was a point in time when, I wouldn't say it was 50/50, but it was damn near there, if I was going to walk out of that hospital with one leg," Woods told Golf Digest in his first interview after the accident. "Once I [kept it], I wanted to test and see if I still had my hands. So even in the hospital, I would have [girlfriend] Erica [Herman] and [friend] Rob [McNamara] throw me something. Throw me anything."

Woods returned to professional golf at the 2022 Masters and finished in 43rd place. Herman was on hand for the event.

"I've been to every tournament he's been at," she said. 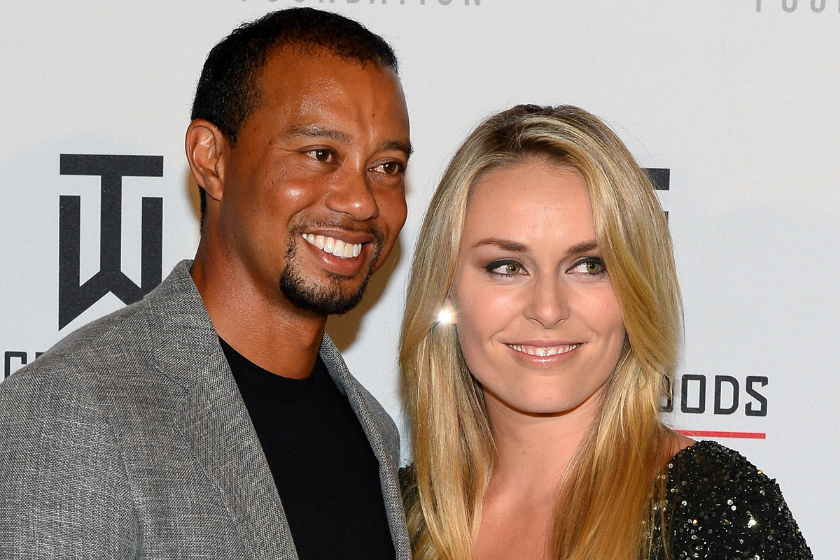 Olympic skier Lindsey Vonn and Woods were one of the power couples of the sports world when they dated for three years.

They began dating in 2013 after reportedly meeting when her brother was Woods' children's ski instructor in December 2012. Friendship turned into relationship, and the two went steady until they broke up in 2015.

"Tiger and I have mutually decided to end our relationship. I will always cherish the memories that we've created together," Vonn wrote on Facebook. "Unfortunately, we both lead incredibly hectic lives that force us to spend a majority of our time apart."

Vonn, of course, is one of the most decorated female skiers of all time. She won the gold medal in downhill at the 2010 Winter Olympics, becoming the first American woman to do so. She retired in 2019.

She's a personal stylist who used to style Candice Romo, the wife of former Dallas Cowboys quarterback Tony Romo. Before seeing the three-time The Open Championship winner, she married and had a kid with former NFL player Gerald Sensabaugh, who used to play for the Cowboys. 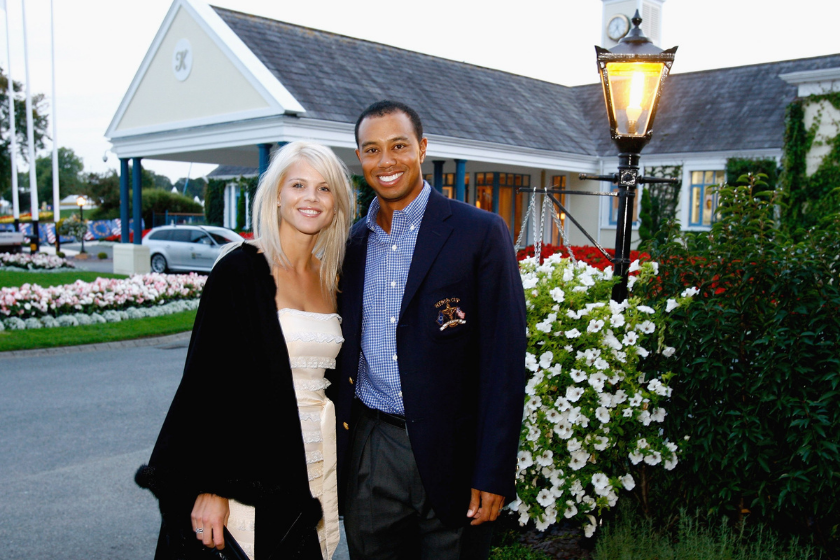 RELATED: Tiger Woods' Son Could Be A Golf Star Like His Dad

Tiger Woods' ex-wife Elin Nordegren was born in Sweden and worked as the nanny of Swedish golfer Jesper Parnevik's children, a job that required her to live in the United States full-time. He introduced her to Woods during the 2001 Open Championship, and the couple wedded in 2004.

Their marriage came to a screeching halt in 2009 when news of Woods' affairs dominated headlines, which culminated in a single-car car crash. Woods crashed his Cadillac Escalade into a fire hydrant outside his Florida mansion, and Nordegren smashed his back window with a golf club during incident. The 15-time major champion was suddenly trending all over social media.

Nordegren and Woods finalized their divorce in 2010, and she went on to have a kid with former NFL tight end Jordan Cameron.

The 2019 Masters champion allegedly saw Loredana Jolie between 2006 and 2008, according to HuffPost and the New York Post.

She exposed some of their details in a book she wrote, The Real Diary: Lessons from the Good Time Girl to Champion. One of those was that he was a big fan of threesomes. You can make the call if she was telling the truth. Hole-in-ones are overrated, I guess.

Loredana is from Sicily and posed for Playboy in 2002 and 2004. The New York Daily News and Daily Mail reported that the four-time PGA Championship winner would spend as much as $60,000 on pricy prostitutes, one of which was Jolie.

The 2019 Masters champion allegedly saw Loredana Jolie between 2006 and 2008, according to HuffPost and the New York Post.

She exposed some of their details in a book she wrote, The Real Diary: Lessons from the Good Time Girl to Champion. One of those was that he was a big fan of threesomes. You can make the call if she was telling the truth. Hole-in-ones are overrated, I guess.

Loredana is from Sicily and posed for Playboy in 2002 and 2004. The New York Daily News and Daily Mail reported that the four-time PGA Championship winner would spend as much as $60,000 on pricy prostitutes, one of which was Jolie. 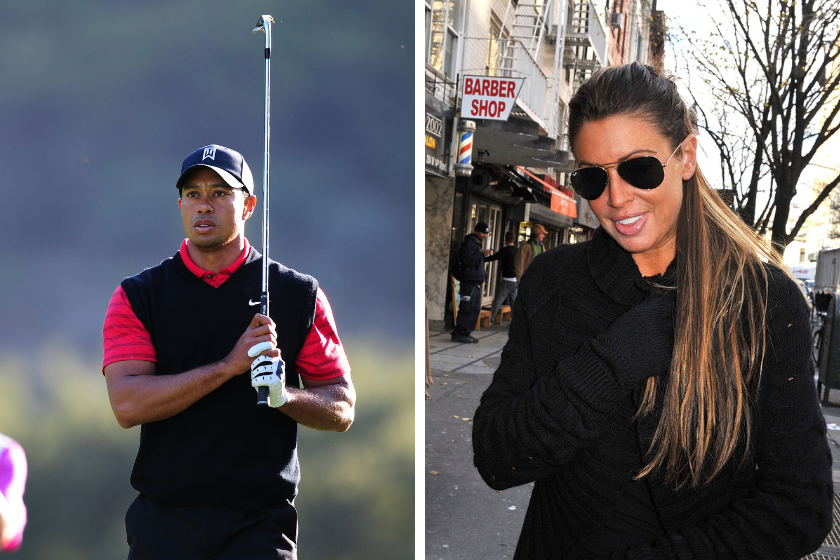 Rachel Uchitel was one of the more publicized names during Woods' scandal.

Their affair allegedly began in June 2009 after meeting at a night club. One publication, Deadspin, wrote that Uchitel was more of a woman who found women for Tiger Woods when he flew into cities like Las Vegas.

Uchitel worked as a VIP hostess at the Tao in Las Vegas in 2005 before meeting Woods. She was casted in the VH1 reality show Celebrity Rehab with Dr. Drew. Oddly, she first gained publicity when the New York Post ran a picture of her holding a photo of her fiancé after the September 11 attacks. 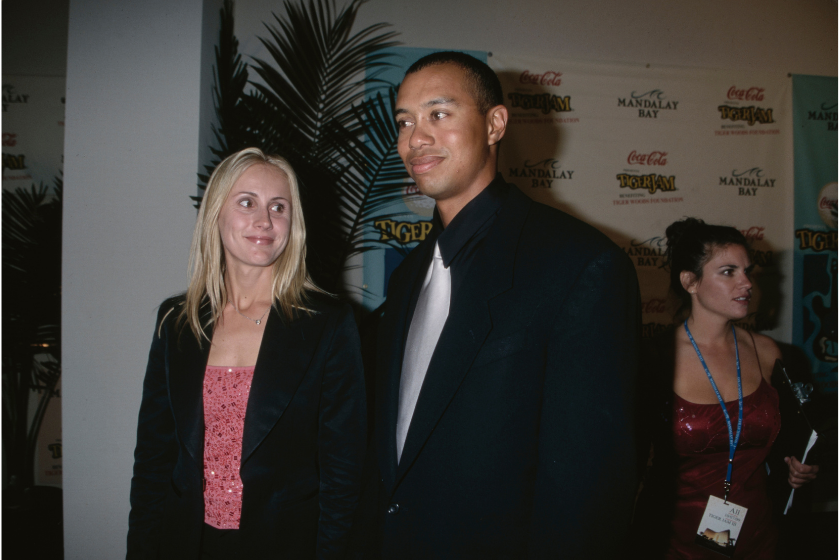 Before Elin Nordegren, the 15-time major champion dated a woman who looked pretty similar to his future wife.

He dated Joanna Jagoda in 1999 and 2000. Their relationship was much more public, as she frequently accompanied him at tournaments and at public appearances.

That was 20 years ago, however, and A LOT has changed since. Woods at least appears happy now with Herman, and you can bet she'll be at every golf tournament he plays in.

This article was originally published May 13, 2020.