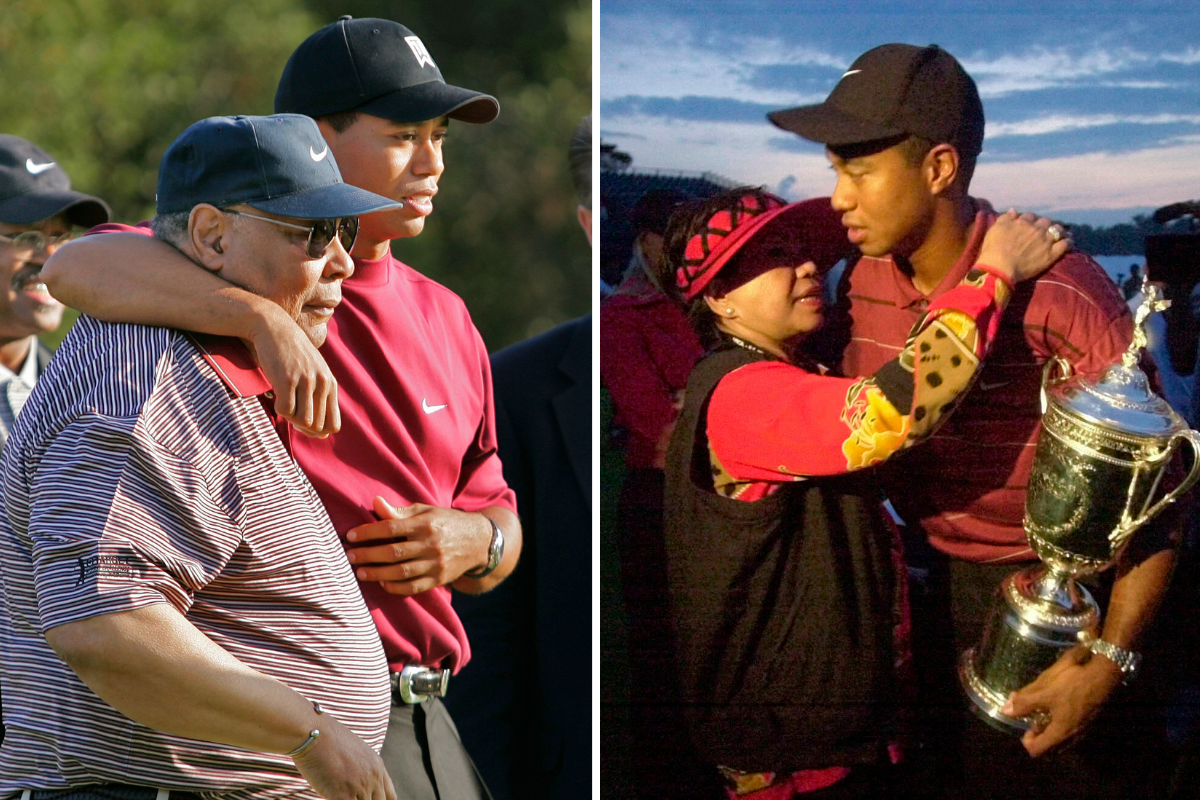 Tiger Woods? legacy will live on in the golf world forever, both the good and the bad. The man revolutionized the sport, rising to superstar status both on and off the course, and becoming a legend in the process.

Woods grew up in Orange Country, California, and was instantly introduced to golf. His father Earl Woods handed him a golf club and took him out to the course as a toddler.

Young Tiger became a prodigy in the sport, competing in various events as a toddler, including a putting contest against Bob Hope when he was just 2.

While Eldrick Tont Woods took the golf world by storm from such a young age, it was his parents who set him on the path for superstardom.

Thank you veterans for your selfless acts, courage and strength in protecting our freedom and keeping our country safe. Grateful to my Pops, and all of you, for your service.

Tiger Woods was born in 1975 in Cypress California, the only child to his parents, Earl Woods and Kultida Woods, whom raised him as a Buddhist. Earl and Kultida met in 1968 in Thailand, where Earl was stationed during one of his tours in the Vietnam War as a member of the US Army. Eldrick Tont Woods was nicknamed “Tiger” after his father’s best friend, Vuong Dang Phong.

Kultida Punsawad was born in the province of Kanchanaburi, outside of Bangkok, Thailand and is of mixed Thai, Chinese and Dutch descent. Meanwhile Earl is African American, Native American and Chinese.

Kultida and Earl got married in 1969 in Brooklyn, New York.

Tiger’s father, Earl, was from Manhattan, Kansas, and played college baseball at Kansas State. He was a lieutenant colonel in the United States Army, which allowed him access to a variety of military golf courses throughout the state of California.

That?s what enabled Earl to build his son?s passion for the sport at such a young age. While Tiger was developing into a budding star, Earl was coaching him every step of the way.

Happy Mother's Day to my Mom and to all the mothers out there. A love and bond that is truly unbreakable.

Tiger Woods married fiancé Elin Nordegren in 2004 at the Sandy Lane resort in Barbados and moved into a $39 million estate in Jupiter, Florida. In 2007, Woods and Nordegren welcomed their daughter, Sam Alexis Woods, and in 2009 had a son, Charlie Axel Woods.

Just a couple months after the birth of Charlie, the infamous infidelity scandal came out, in which multiple women came forth with claims of intimacy against Woods.

After multiple endorsement deals collapsed and Woods took an extended break from golf, he and Nordegren officially divorced in 2010.

‪Wow, what an amazing week…people, atmosphere, adrenaline, back nine on Sunday, man I’ve missed this. Getting better. Thank you for all the support!‬

Tiger Woods won a plethora of awards en route to becoming a professional golfer, and by the time he was ready to set off for college, he was the most hotly recruited golf commodity in the nation.

Ultimately, the Western High School standout stayed in-state and chose to play at Stanford, winning his first event just a couple of months after joining the team. He featured in his first Masters tournament in Augusta, Georgia, at age 19, the first time an amateur made the cut, and placed 41st.

Woods became a pro golfer in 1996 and hastily signed massive endorsement deals with some of the biggest names in the sport, including that of Nike and Titleist. He and his father Earl established the Tiger Woods Foundation that same year.

In 1997, Woods won his first major, the Masters, making him the tournament?s youngest ever champion. By June of that same year, Woods was ranked the No. 1 golfer in the world.

Woods continued his dominance of the PGA Tour into the 2000s. In 2000 he became the youngest golfer to achieve a Career Grand Slam and was named Sports Illustrated’s Sportsman of the Year.

In 2006 Woods’ father passed away from prostate cancer which resulted in Woods taking some time away from golf in order to mourn. Upon returning, Woods still managed to win six consecutive events.

Woods has battled injury and scandal in the later stages of his career. Multiple knee surgeries kept him out of action for most of 2008, and the infidelity scandal plagued his 2009 season. Woods continued to slip down the rankings in 2010 and 2011, and struggled until 2013 when is form picked back up.

Woods has dealt with back and knee injuries in recent years, which have hindered his performances, at least until his inspiring victory at the 2019 Masters, for which President Donald Trump awarded him a Medal of Freedom.

Tiger is tied with Sam Snead for most PGA Tour wins of all time with 82 and is three major victories shy of Jack Nicklaus‘ record of 18.

Tiger Woods has lived in the spotlight throughout his career as one of the greatest golfers of all time. Naturally, that has resulted in a plethora of endorsement deals. According to Celebrity Net Worth, Woods has an estimated net worth of a staggering $800 million.

In a career that will surely go down as one of the most historic of all time, golfer Tiger Woods would be far from the man he is today if his parents hadn?t introduced him to the game of golf as a youngster.

MORE: Remember When 5-Year-Old Tiger Woods Was on This ?80s TV Show?