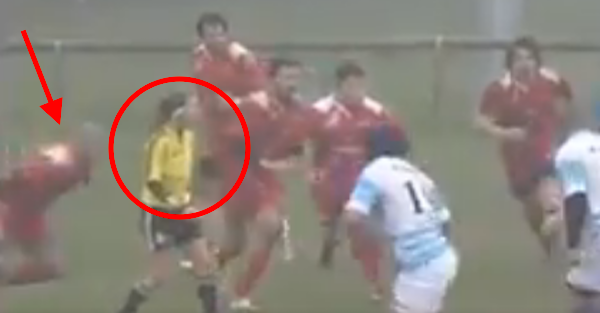 A rugby player, Bruno Andres Dolioli, has been served a three-year ban from the sport after taking down a female referee during a Serie A match in Italy, per ESPN.

During the rugby contest, Dolioli is seen running at the referee from behind and knocking her to the ground, where she reportedly suffered whiplash.

According to the Federation of Italian Rugby, the hit was seen as a “deliberate act of violence,” and is the longest ban in two decades.

“The gesture of the Rugby Vicenza player is unacceptable against the referee and the sanctions reiterates the FIR’s firm position against the abuser, verbally or physically of match officials.”

If anything, Dolioli is lucky he wasn’t suspended longer.