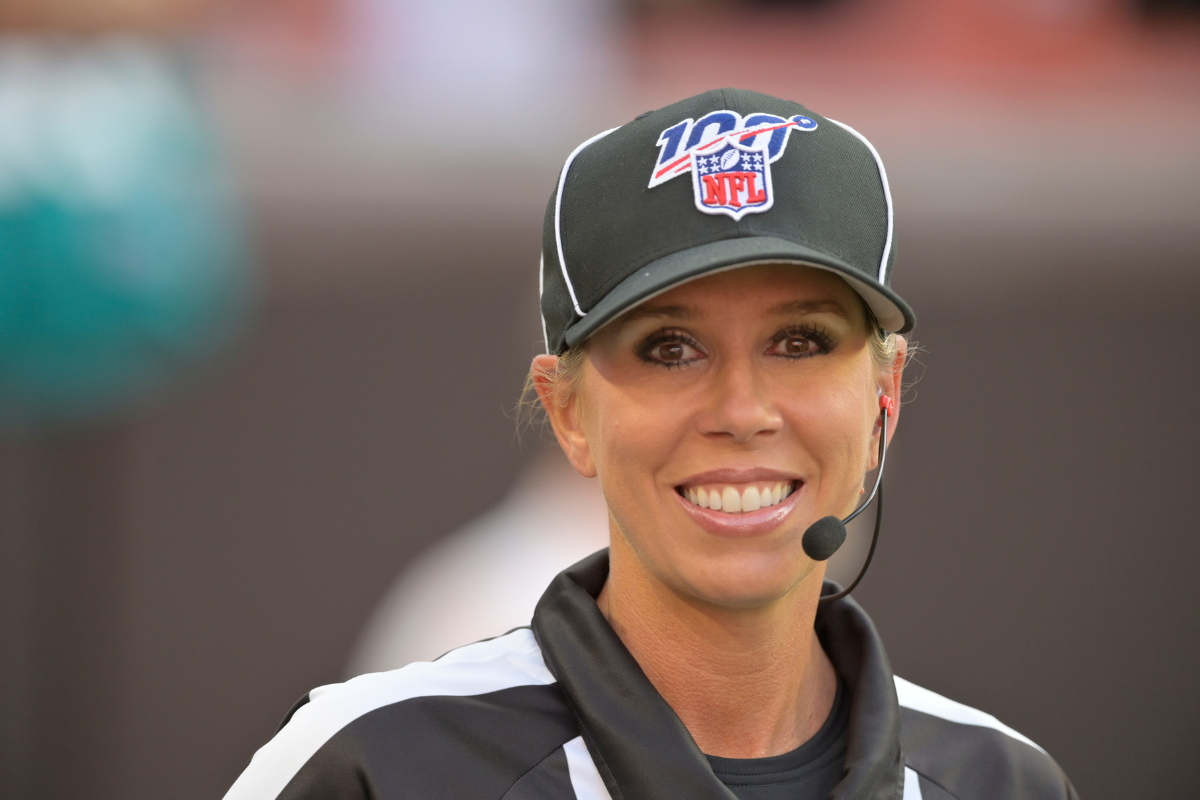 In the 2019 AFC Divisional Round playoff game between the New England Patriots and Los Angeles Chargers, Thomas was the down judge. It marked the first postseason assignment of her career and the first time the league featured a female official in a playoff game.

So at Gillette Stadium in Foxborough, Massachusetts, you better believe NFL history was made as Thomas became the first female to ever officiate a NFL playoff game. Now, she’s making Super Bowl history.

Special shout out to #SarahThomas on becoming the first female to referee a @NFL playoff game. She’s earned it and now she’ll be ridiculed like every other ref and I’m sure she’s good with that! pic.twitter.com/gENHaoP4jC

Born in Pascagoula, Mississippi, down judge Sarah Thomas, who is listed as a sales representative from the University of Mobile in Alabama, was part of the officiating crew for Ron Torbert, a referee she commonly works with. At the time, it was Tolbert?s seventh postseason assignment and he had received one in every year he had been eligible.

For Thomas, however, it was a different story. It was her fourth season as an NFL official and had spent the previous two as a down judge, but had only been listed as an alternate in a 2017 Wild Card game, according to Sports Illustrated.

Additionally, replay official Terri Valentini, who was hired by the NFL in 2017, was assigned to the other AFC postseason game between the Kansas City Chiefs and Indianapolis Colts.

It was a special moment for Thomas, no doubt, and being the first female official in the playoffs is incredible, but she hasn’t stopped there.

The rate she’s going, sooner or later, the NFL’s first female official in the postseason will be working a Super Bowl.

She will be the Down Judge at Super Bowl LV. pic.twitter.com/Ts7dbhNKud

UPDATE (January 19, 2021): It’s official. Sarah Thomas will become the first ever female official in Super Bowl history when she serves as the down judge for Super Bowl LV.

?Sarah Thomas has made history again as the first female Super Bowl official,? NFL Executive Vice President of Football Operations Troy Vincent Sr. said in a release. ?Her elite performance and commitment to excellence has earned her the right to officiate the Super Bowl. Congratulations to Sarah on this well-deserved honor.?

Whether it’s the Tampa Bay Buccaneers or Green Bay Packers versus the Buffalo Bills or Kansas City Chiefs, you can expect the stars will be on full display come February 7 at Raymond James Stadium in Tampa, Florida. And I’m not talking about Tom Brady, Aaron Rodgers, Josh Allen or Patrick Mahomes.

This post was originally published on January 9, 2019 but has been updated as Thomas makes history.