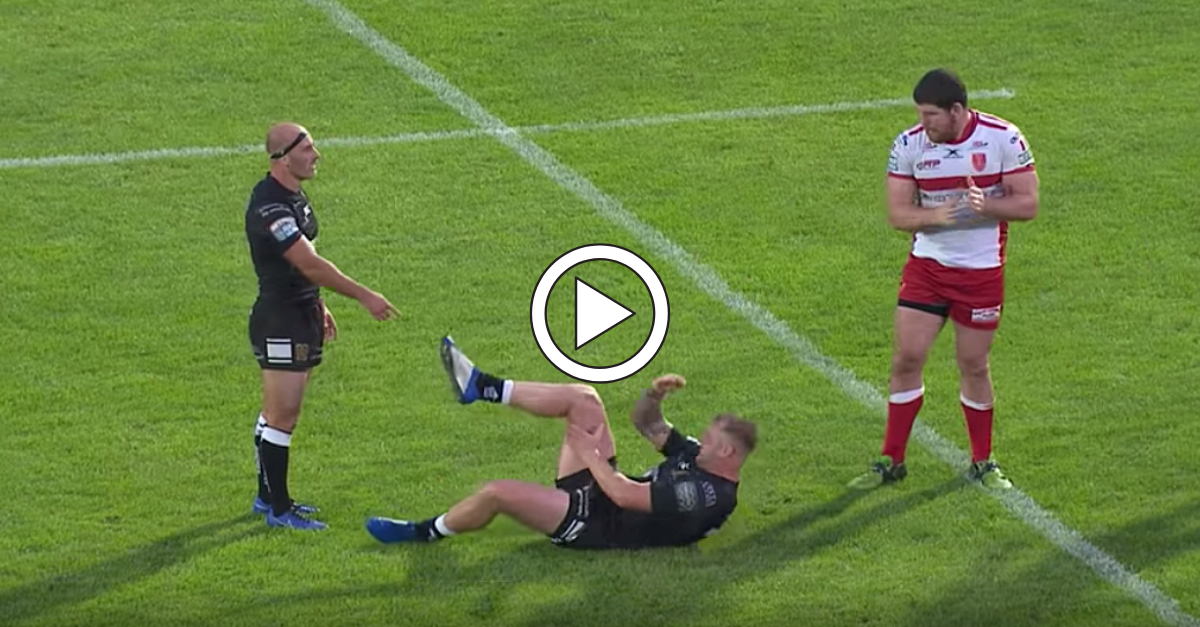 I don’t watch much rugby. Chances are, neither do you. I mean, it’s just not a popular American sport. Sure, when there’s nothing on television besides weird June baseball and the occasional U.S. Women’s National Team World Cup game, I’ll watch a rugby match for a few minutes, have no idea what the rules are, watch full-grown men play “kill the carrier,” then change the channel and inevitably watch reruns of The Office.

But I played football growing up and remember tackling other kids without pads on. Plain and simple: that shit hurt. Not every tackle was bone-crunching and painful, but there was always that one shoulder-on-hip collision that left you hurting for a few days. That’s why players in the Betfred Super League ? the top-level rugby league in the Northern Hemisphere ? lacing up for 29 games a year in this gladiator sport sounds like complete and total insanity to me.

Hull FC forward Joe Westerman reaffirmed my belief that rugby players are the toughest dudes on the planet. Not even Joe Pavelski’s broken face could convince me otherwise.

Facing rival Hull Kingston Rovers, Westerman was tackled in the 77th minute of a recent match. When he rolled over, a dislocated kneecap was sticking out the side of his right leg.

What’d the 29-year-old Englishman do? He slapped that thing back in place and joined the very next scrum.

“I just twisted in the tackle and Mose Masoe came in with the chop and my knee just popped out. There was no malice in the tackle or anything like that. I looked at my leg and saw my knee cap on the side and I felt like I had to just smack it back in. It wasn?t really an excruciating pain. It freaked me out more than anything because it looked so weird.”

What’s crazier than slapping your knee back in place is that this right knee injury is nothing out of the ordinary, according to Hull FC coach Lee Radford.

“He does that every fortnight,” Radford said of Westerman. “It has genuinely come out on numerous occasions ? he needs some ligaments in there somewhere.”

Westerman doesn’t expect to miss a game, and said he’ll be ready for the club’s next match against St. Helens next week.

Cheers for the messages takes the lime light off what was a shit result and not good enough display by us!!
It happened 10 years ago on my left knee and no problems since touch wood same this time🙏🏻

The rugby star won the Super League Young Player of the Year Award back in 2008 and came to Hull FC for a club record fee in 2011. He’s also spent time professionally in England with the Castleford Tigers, Warrington Wolves and Toronto Wolfpack.

This spurt of international fame will surely propel him into even more success, even though the entire world now knows that Joe Westerman is an absolute crazy person who would beat you up, chug a beer, then ask if anyone’s up for a quick game of rugby in the parking lot.

This article was originally published June 28, 2019, but Hull FC’s Joe Westerman will never stop being awesome for this.