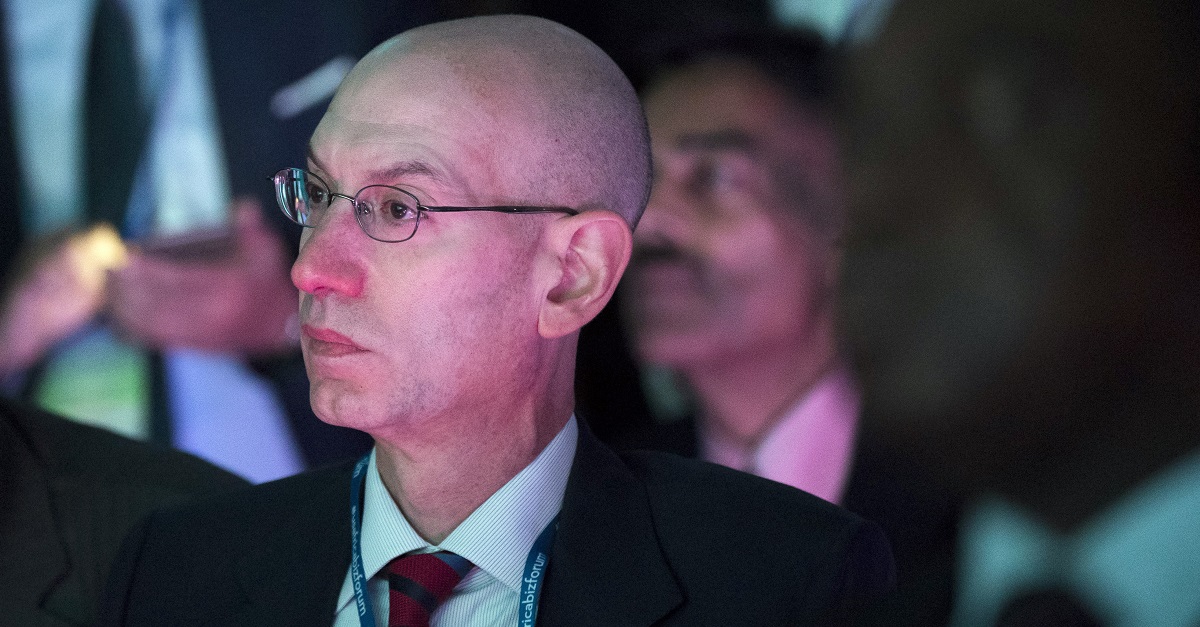 The Golden State Warriors haven’t decided if they’re going to make the trip to the White House for winning the NBA championship, but several players have indicated they don’t want to make the trip.

NBA commissioner Adam Silver was recently interviewed by Portland Trail Blazers guard C.J. McCollum for The Players’ Tribune, and Silver said he hopes teams will make the trip to the White House, but the NBA won’t force them to go if they don’t want to.

“I definitely don’t think it should be a league decision,” Silver told McCollum. “I don’t think we should be directing teams or players to go to the White House.

“It’s my view that if invited, our teams should go to the White House. Regardless of people’s personal political views, I think that these institutions are bigger than any individual politician; any individual elected official.

“And it concerns me that something like going to the White House after winning a championship — something that’s been a great tradition — would become one that is partisan.”

Steve Kerr agrees with Silver’s stance, and he believes the Warriors should go despite the fact that Kerr himself has been outspoken against President Trump in the past.

Ultimately, Silver and Kerr are leaving the decision up to the players, and it remains to be seen whether or not they will decide to go.

Not every player has to attend the White House if the team decided to go. Tom Brady didn’t attend when the New England Patriots were invited, though several of his teammates did go and it would look worse it since basketball teams are much smaller.

If the Warriors decline the invite, it could set a precedent for a number of teams in the future.