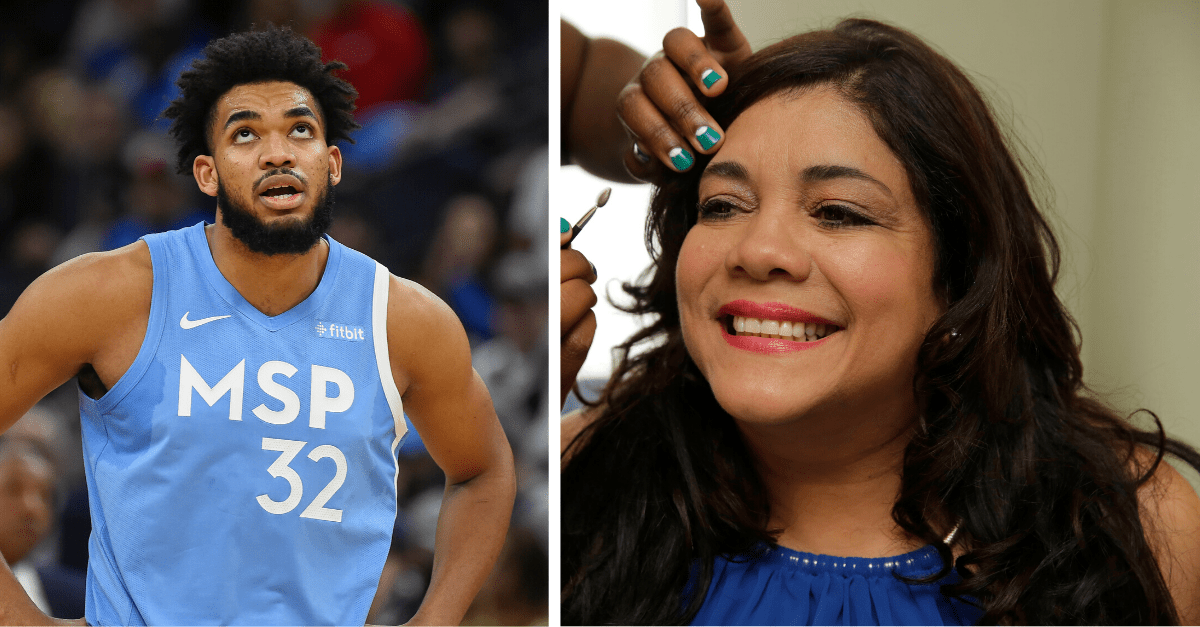 MINNEAPOLIS (AP) ? Jacqueline Cruz-Towns, the mother of Minnesota Timberwolves center Karl-Anthony Towns, died Monday due to complications from COVID-19 after more than a month of fighting the virus.

The Timberwolves made the announcement via the Towns family, which requested privacy. Karl Towns Sr., the father of the two-time All-Star player, was also hospitalized with the virus but has since recovered.

A native of the Dominican Republic, Cruz-Towns was a fixture at Timberwolves games from the start of Karl-Anthony Towns’ NBA career in 2015.

?Jackie was many things to many people ? a wife, mother, daughter, grandmother, sister, aunt, and friend,? the statement from the Towns family said. ?She was an incredible source of strength; a fiery, caring, and extremely loving person who touched everyone she met. Her passion was palpable, and her energy will never be replaced.?

After his parents first felt ill at their home in New Jersey, Towns and his sister urged them to seek immediate medical attention and be tested for the virus. Towns posted an emotional video on his Instagram account on March 24, revealing his mother was in a medically induced coma while imploring people to stay home to help stop the spread of the virus. The East Coast has been hit particularly hard by COVID-19, with a death toll in New York state alone that has topped 10,000.

Sharing my story in the hopes that everyone stays at home! We need more equipment and we need to help those medical personnel on the front lines. Thank you to the medical staff who are helping my mom. You are all the true heroes! Praying for all of us at this difficult time.

The Timberwolves expressed their condolences for the woman they considered part of their family.

?As Karl?s number one fan, Jackie provided constant and positive energy for him and was beloved by our entire organization and staff at Target Center,” the team said.

Towns made a $100,000 donation to the Mayo Clinic in Minnesota for COVID-19 testing.