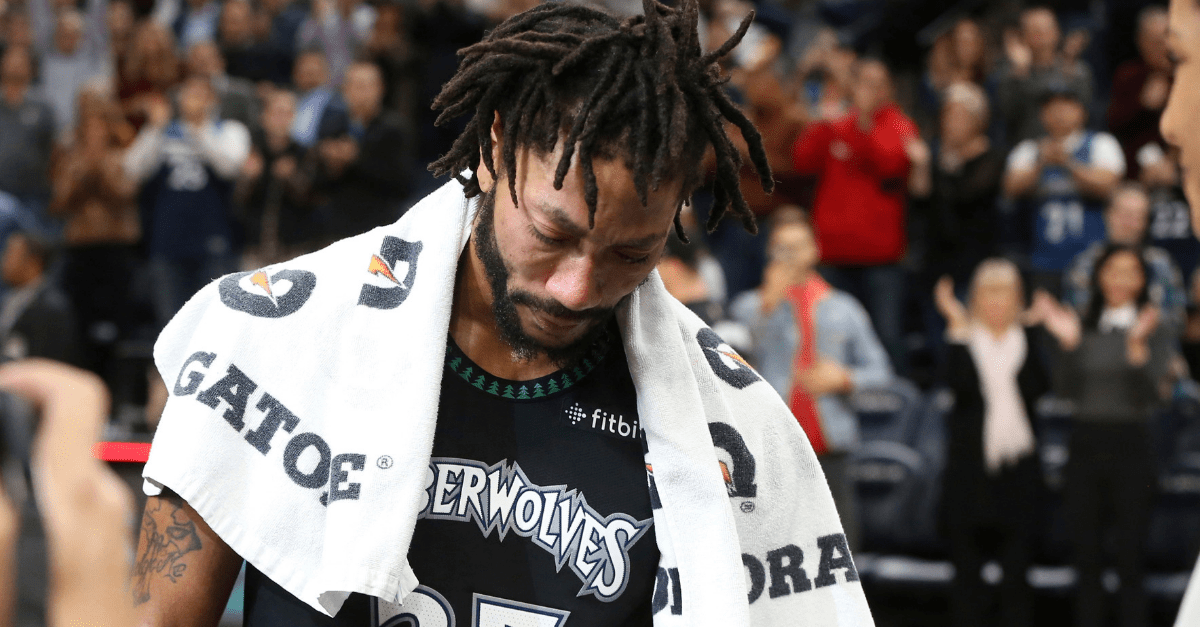 The path to success is certainly far from easy, and it?s even harder to sustain. Minnesota Timberwolves point guard Derrick Rose knows that all too well, but he gave NBA fans a vintage performance Wednesday night when his team needed it the most.

With the Wolves playing without point guards Jeff Teague and Tyus Jones, as well as Jimmy Butler at the Target Center, Rose threw it back to his 2011 NBA MVP glory days and dropped a career-high 50 points in a 128-25 victory over the Utah Jazz.

It was the type of performance even opposing fans could cheer for, especially with everything the former No. 1 overall pick in the 2008 NBA Draft has been through in recent years.

Rose, who made his first start of the season, reached his career high making 19 of 31 shots, including 4-for-7 from 3-point range, while adding four rebounds, six assists, two steals and one block in a game-high 40 minutes.

Although Rose, who also made the game-winning block in the final seconds, taking that many shots is a big surprise these days, it likely doesn?t hold a candle to how many dribbles it took for him to get there, too.

For context. DRose took a league high 653 dribbles scoring his 50. Klay did 56 for his 52. #differentstyles

Yes, the 6-foot-3 Rose, who is now playing for his fourth NBA team, is a point guard and has the ball in his hands a lot. His style is mainly predicated on him getting to his spot with hard drives from the top of the key, too.

So this is not a crazy, alarming statistic ? and there is no way one should compare Rose?s style to that of Golden State Warriors shooting guard Klay Thompson, who set an NBA record with 14 made 13-pointers in a single game Monday night ? but it?s still an insane amount of dribbles, no matter how you look at it.

However, at the end of the day, this was a special and emotional night for the 30-year-old Rose, a three-time NBA All-Star who has battled knee injuries and other personal matters throughout his career with the Chicago Bulls, New York Knicks and Cleveland Cavaliers before signing a one-year, $2 million deal with the Timberwolves this offseason.

?It means everything,? an emotional Rose said in a postgame interview. ?I worked my ass off, bro.?

"I played my heart out."

It was really cool to see vintage D-Rose again and to know someone was on point in counting his dribbles all night long for this incredible performance.