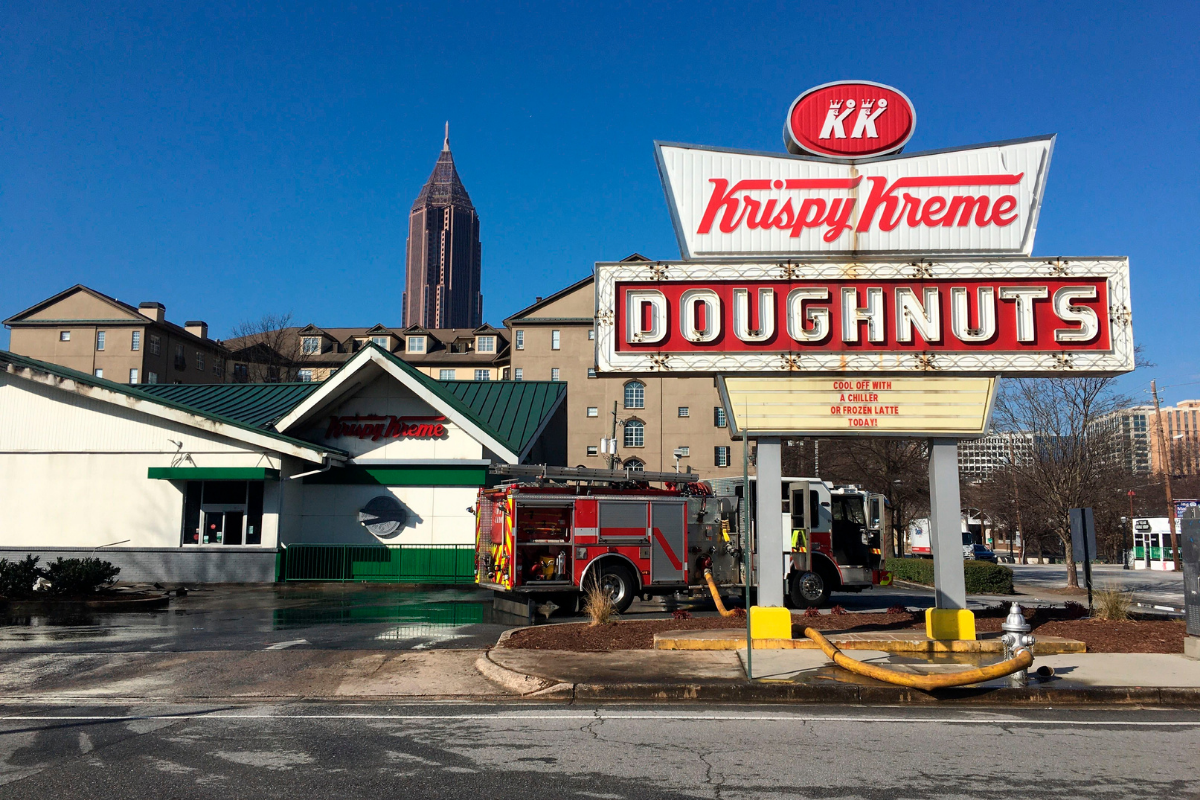 ATLANTA (AP) — A historic Krispy Kreme Doughnuts store in Atlanta owned by basketball star Shaquille O’Neal that dates back to the mid-1960s was engulfed in flames early Wednesday, heavily damaging the structure.

The store is intertwined with Atlanta’s history, opening more than 60 years ago. That was the year the Atlanta Fulton County Stadium opened in 1965, WXIA-TV reported.

RELATED: Shaquille O’Neal’s Net Worth is Even Bigger Than He Is

“I hope no one was hurt and we will bounce back better than ever,” O’Neal said in a statement.

“We and our shop partner, Shaquille O’Neal, are extremely thankful that no one was injured and for the rapid response and outstanding work of the local fire and police departments,” said Jack Farmer, who represents Krispy Kreme.

“We are working with authorities to assess the damage and are uncertain at this point how long the shop will be closed,” he added. “However, we plan to reopen the shop as soon as possible! In the meantime, our Ponce team members will continue to receive full pay while we identify and offer them roles at other area Krispy Kreme shops.”

An update on our Ponce De Leon shop ‼️ pic.twitter.com/Wetyq3xqUo

Battalion Chief Douglas Hatcher said firefighters saved most of the building after the fire started in the back. No injuries were reported. Hatcher said the cause of the fire was under investigation.

The Midtown Krispy Kreme opened in 1965. It was one of the first locations established outside the company’s main bases of operations in Winston-Salem, North Carolina and Nashville, Tennessee.