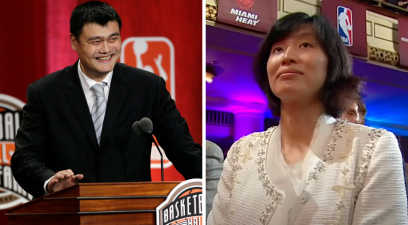 Shaquille Rashaun O’Neal was born on March 6, 1972 in Newark, New Jersey to Lucille O’Neal and Joe Toney. That kid grew into a 7-foot-1 man-among-boys, both on the NBA basketball court and also off of it in entertainment, education, law enforcement and some keen investing.

From Fruity Pebbles to Google, “The Big Aristotle” has capitalized on a ton of smart investments over the years. Today, the four-time NBA champion and 15-time NBA All-Star is worth so much money, it overshadows his gigantic stature and size-22 shoes.

Over a 19-year NBA career that featured three NBA Finals MVP awards, a league MVP in 2000, too many playoff appearances to count plus signing several huge contracts to pair with a list of smart investments, “The Big Galactus” created a massive amount of wealth, both on and off the court.

Although he’s no longer a professional basketball player today, “Shaq Fu” is a TV analyst, a doctor, a disc jockey, and about 100 other things at 49-years-young. We should all be surprised he never tried to become an NFL player.

After a being named a McDonald’s High School All-American coming out of Robert G. Cole in San Antonio (TX), “The Big Agave” enrolled at Louisiana State University. In college, he became a two-time SEC Player of the Year and two-time All-American and positively affected people’s lives in Baton Rouge. He also won the Adolph Rupp Trophy in 1991, given to the NCAA’s men’s basketball player of the year.

“Manny Shaq-iaou” was the No. 1 overall pick in the 1992 NBA Draft by the Orlando Magic and immediately took over the NBA with his dominating presence, unmatched power and deceptively quick feet near the basket, which helped him take home the 1993 NBA Rookie of the Year trophy.

Right out of the gate, his dominance became opposing team’s nightmares.

In 1996, “The Big Conductor” signed a massive seven-year, $121 million contract to join the Los Angeles Lakers. “The Diesel” announced his massive contract prior to winning a gold medal at the 1996 Summer Olympics with the United States national team. After being named the league’s MVP in 2000 to go along with three-straight NBA Championships and three-straight Finals MVP awards, “The Big IPO” left California and Kobe Bryant for his next destination: South Florida.

“The Big Leprechaun” signed another massive five-year, $100 million deal to join the Miami Heat, where he won his fourth NBA title alongside Dwyane Wade. Over the final four seasons with the Phoenix Suns, joining LeBron James and the Cleveland Cavaliers, then signing as a free agent with the Boston Celtics, “The Big Maravich” took home another $62 million.

After a 19-year career, the superstar big man left basketball for good as one of the best players in NBA history, but his accrual of some serious wealth was far from over.

“The Big Field General” might be retired from basketball, but he still reportedly makes $22 million a year through endorsement deals with from AriZona Cream Soda, Icy Hot, Gold Bond, Buick, The General, Pepsi, Reebok, and Zales.

In addition, “The Big Baryshnikov” is no slouch in making major moves financially, like partnering with a real estate firm to build a $79 million apartment tower in New Jersey. This is just a short list, but here are some of the best investments that have paid huge dividends:

You can take the man out of hoops but you can’t take hoops out of the man. Shaq also bought a minority stake of the Sacramento Kings basketball team in 2013.

Oh, and “The Big IPO” bought pre-IPO Google Stock valued at $85 per share, which are now over $700 a piece. He bought early Apple stock, too. Shaq told the Wall Street Journal that he “probably quadrupled” his net worth after using an investment strategy like Amazon owner Jeff Bezos.

After basketball, “The Big eQuotatious” earned his Doctorate of Education in Human Resource Development from Barry University and was sworn in as a sheriff’s deputy in Jonesboro, Georgia.

In 2019, the Basketball Hall of Fame member joined Papa John’s board of directors and invested in multiple pizzerias in the Atlanta area.

In the 1990s, “Mayor McShaq” starred in movies Blue Chips and Kazaam. Not to be outdone, he later had cameo appearances in several films including Good Burger, He Got Game, Freddy Got Fingered, Jack and Jill, Scary Movie 4, The Lego Movie, Grown Ups 2, and played Big Fella in the 2018 film Uncle Drew.

In 1993, he released a CIAA certified platinum rap album titled Shaq Diesel, which only elevated his status as a larger-than-life entertainer. He appeared in Aaron Carter’s music video for “That’s How I Beat Shaq” and was a featured rapper alongside the incomparable Michael Jackson on the song “2 Bad.” Later, O’Neal found himself conducting the Boston Pops Orchestra in 2010 and works regularly today as an EDM disc jockey under the name DJ Diesel. He performed an hour-long set at TomorrowWorld 2015, a massive music festival that had an estimated attendance around 190,000 people.

O’Neal also makes his annual TV salary as a member of TNT’s Inside the NBA’s hilarious crew of Charles Barkley, Kenny “The Jet” Smith, and host Ernie Johnson.

And of course, he was featured in the video game, Shaq Fu: A Legend Reborn.

When you tally everything up, Shaquille O’Neal’s net worth is estimated around $400 million, according to Celebrity Net Worth. That makes him easily one of the richest athletes to don an NBA jersey.

The basketball star of 1,000 nicknames is also a father of four children — Shareef, Amirah, Shaqir, and Mearah — with his ex-wife Shaunie Nelson, as well as another daughter from a previous relationship, Taahirah, and he’s also a father figure for Myles, who is Shaunie’s son from before their marriage.

You can try and live as cool of a life as “The Big Shamrock,” but there’s a slim chance you’ll measure up to one of the greatest NBA players to ever live.