The Los Angeles Lakers may not have had Michael Jordan on their roster during his career, but "The Lake Show" has had plenty of stars come through California since they moved to the West Coast from Minneapolis. Kareem Abdul-Jabbar, Magic Johnson, James Worthy, Kobe Bryant, Pau Gasol and LeBron James to name a few, but no one left quite as big a footprint as Shaquille O'Neal.

Shaq was one of the most imposing big men to ever play in the NBA. The former Los Angeles Lakers center was not only astonishingly tall, he was also built like a truck and had the strength to match.

Shaq in the paint was simply unfair. It was bully-ball at its finest. No player wanted to find themselves up against the basketball star at the rim. 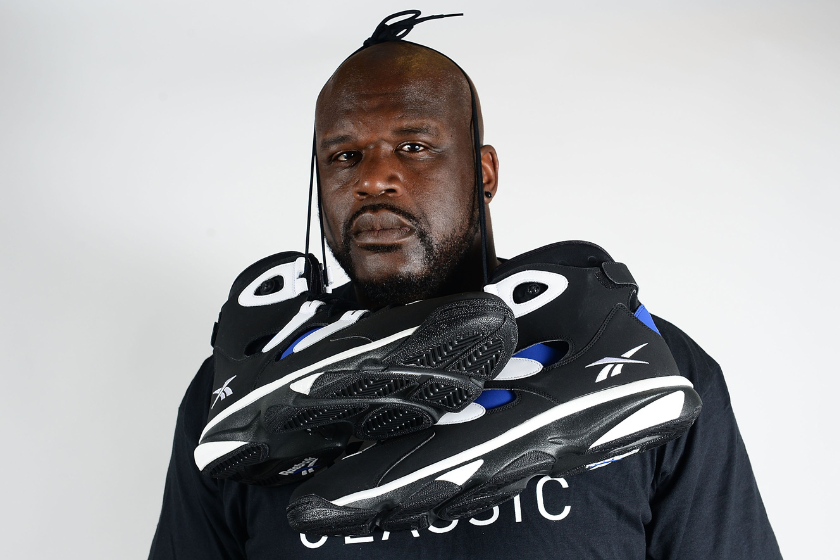 While Shaquille O'Neal isn't on the same height level as fellow centers such as Yao Ming, Manute Bol and Gheorghe Muresan -- all of whom stood above 7-foot-5 -- his build allowed him to thrive in the league.

One of the most notable attributes of Shaq's size are his big feet. The 7-foot-1 basketball player's shoes are a Size 22, which is the same size as Hall of Fame center Bob Lanier. He has bigger feet than Kevin Durant and Yao, who both wear Size 18.

Having such large feet means O'Neal can't just walk into a department store and leave with a few pairs of shoes. Instead, O'Neal had to custom order kicks just to find some basketball shoes in his size.

O'Neal ultimately signed a deal with Reebok, which produced signature shoes for the big fella. The Shaq Attaq's were released in 1991 during his time with the Orlando Magic.

Unlike the typical basketball shoes produced by Nike, Air Jordan and Adidas, the NBA Hall of Famer ensured his shoes were affordable by the masses due to the struggle he endured trying to find shoes that fit him while growing up.

The former NBA player later signed a deal with Dunkman, selling his discount sneakers at retailers across the globe, including Walmart, which uses his signature dunk as a logo. 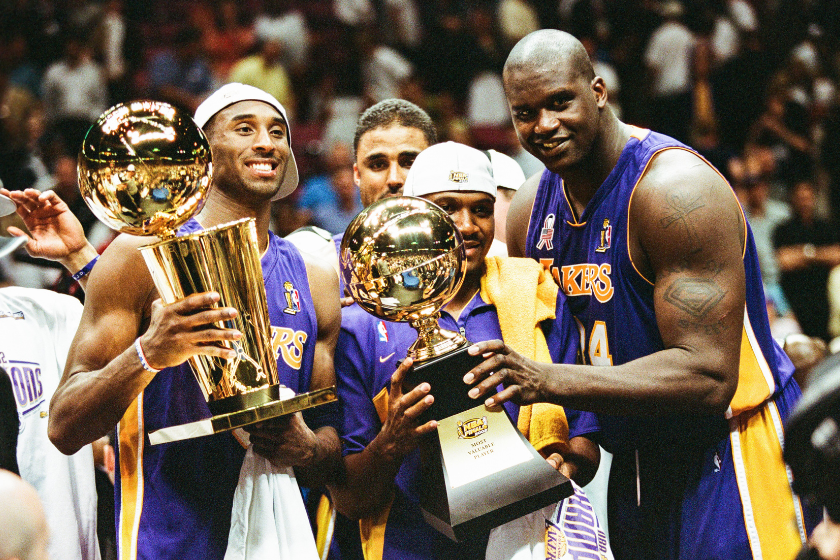 RELATED: The Los Angeles Lakers All-Time Starting 5 is a Who's Who of NBA Legends

Shaquille O'Neal was a high school basketball phenom and played his college basketball at LSU.

After three successful years in college, O'Neal left LSU and declared for the 1992 NBA Draft, where he was the first-overall pick by the Orlando Magic at just 20 years old.

Shaq spent four years of his NBA career in Orlando before joining the Los Angeles Lakers, where he'd win three of his four NBA titles alongside Kobe Bryant. He also won the league MVP award in 1999-2000 after averaging 29.7 points and 13.6 rebounds. O'Neal played in LA until 2004 before joining the Miami Heat, where he won his fourth ring.

After his stint with the Heat, O'Neal floated around the league, playing for the likes of the Boston Celtics, Phoenix Suns, and Cleveland Cavaliers.

At the end of his Hall of Fame professional basketball career, Shaq had played 19 seasons and featured in 15 All-Star Games. He was a one-time MVP, three-time NBA Finals MVP and earned 12 All-NBA First-Team selections. 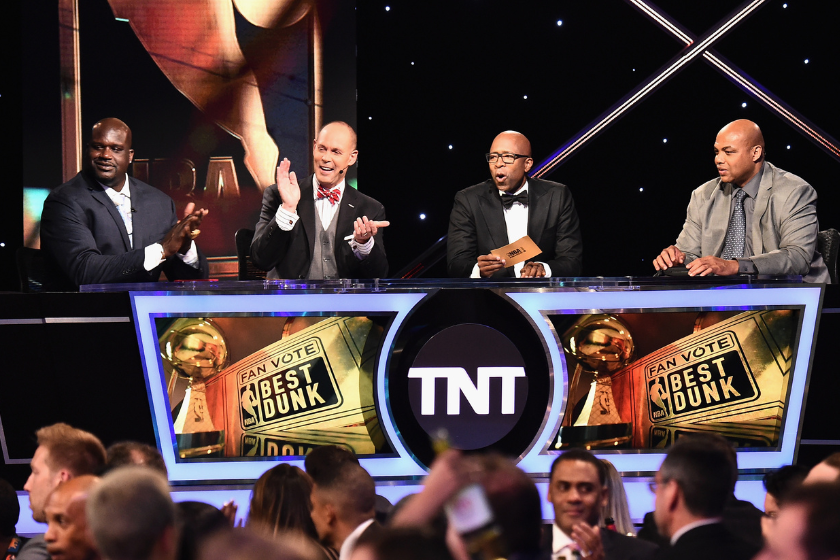 Nowadays, O'Neal is still around the game of basketball, working as an analyst for TNT on the program "Inside the NBA."

Additionally, he has six kids, sons Shareef, Shaqir and Myles, and daughters Me'arah, Taahirah and Amirah.

The former superstar is still constantly trending on social media and hauling in the big bucks from various endorsement deals and investments, and reportedly boasts an estimated net worth of $400 million.

This article was originally published on April 21, 2021 and has been updated since.