The 23 Best Twitter Reactions to LeBron Joining the Lakers 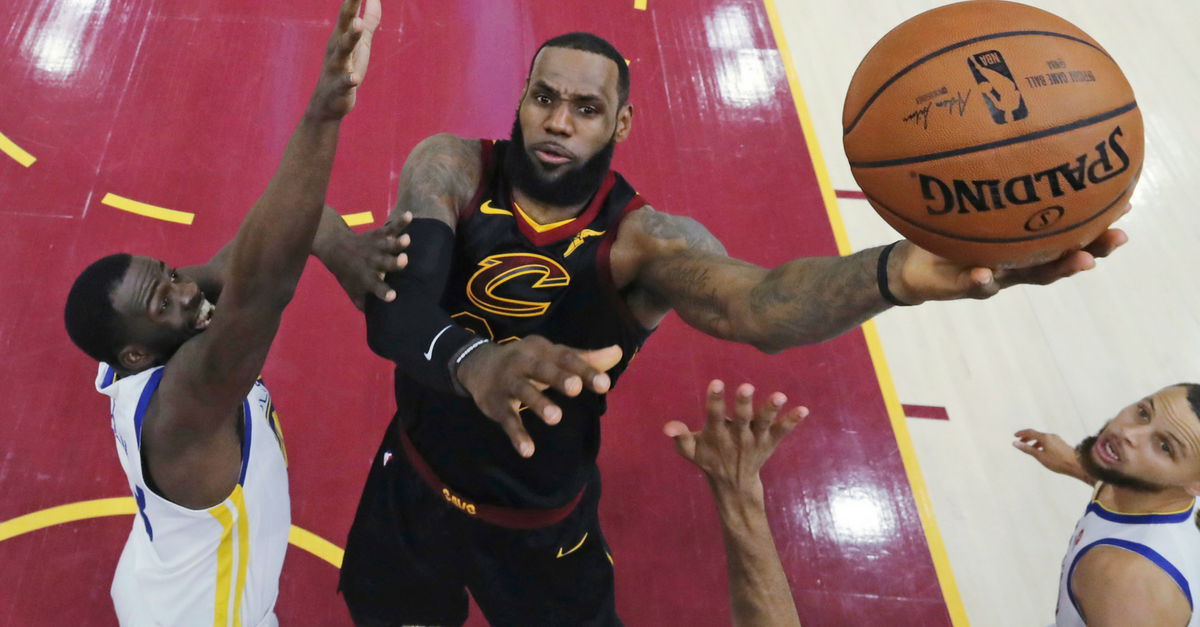 LeBron James draws more attention himself than the NBA does as a league. Since LeBron decided to head west and sign a four-year, $153.3 million contract to become the next big Los Angeles star, the Lakers now have the second best odds to win the NBA Championship next season.

The Lakers have awaited the King’s arrival since the start of free agency, as rumors swirled early and often that James would make Los Angeles his permanent home. Promising his hometown Cavaliers a championship sealed his legacy as the greatest hero to ever grace the state of Ohio, but now it’s showtime in LA once again.

Magic Johnson did what he set out to do and resurrected a dying breed of Lakers basketball, delivering the city the NBA’s biggest talent for a four year stretch.  With All-Pro talents DeMarcus Cousins, Kawhi Leonard potentially landing in Los Angeles as well, Laker Nation is salivating at a chance to see this team come together for the 2018-19 season.

Twitter had no shortage of tweets and threads talking about the seismic shift in the NBA. In honor of the four-time NBA MVP and 3-time champion, here are the 23 best Twitter reactions to LeBron’s new home:

Now LA has a God and a King!
Zlatan welcomes @KingJames pic.twitter.com/4gYooOpURD

Tyron Lue has now been promoted to head coach of Cleveland Cavaliers after departure of LeBron James. #Cavs pic.twitter.com/gEPTBnIzI5

5. Cleveland thanks the King.

6. Akron reminds us where it all started.

Akron knows that @KingJames is the greatest just as much for what he does on the court, as for what he does off it. From the bottom of our hearts, thank you for all you did and continue to do for our great city. Always #JustAKidFromAkron pic.twitter.com/Nw7iFOggpf

7. The LA Times with a public service announcement.

9. The Jet was behind the times…

LEBRON TO LAKERS WOKE ME UP AN HOUR AGO! Im in England and my phone would not stop buzzing.. 1:15 am .. more in the morning gnight !

10. …but maybe the King was two steps ahead?

13. Derek Carr offers up this application.

Alright now y’all tag someone you know is going to need to fill this out 😂😂😂😂 @52Mack_ 😂😂😂😂 pic.twitter.com/uDBJTzFrX2

Yesterday was a good day. Welcome to LA @kingjames pic.twitter.com/5R1rgK8tEK

Me and @KingJames walking into LA. pic.twitter.com/S2gYfOxwuz

17. J.R. Smith gets caught in the crossfire, again.

JR: “Yo LeBron, u look skinnier”

Cleveland: "Man why you goin to the Lakers"

21. Arnold is ready for LeBron.

23. Basically, everyone’s excited to be a Lakers’ fan.