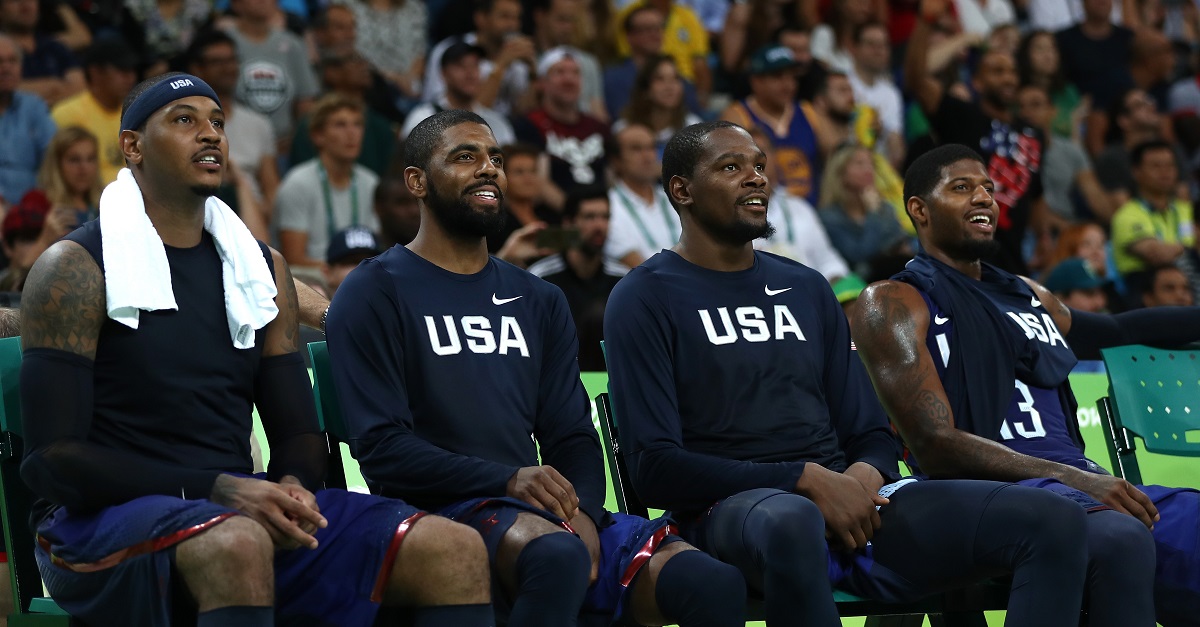 The New York Knicks have reportedly placed Carmelo Anthony trade talks on hold — at least when it comes to dealings with Houston and Cleveland. ESPN tweeted out the news.

Story posting soon with @RamonaShelburne on ESPN: The Knicks have paused Carmelo Anthony trade talks with Houston and Cleveland.

It’s no secret the Knicks are trying to trade the 33-year-old Anthony and the remaining two years and $56 million left on his contract. Just yesterday, reports said that a Rockets-Knicks deal was so close the teams were on the proverbial two-yard line.

RELATED: The Knicks have named a new general manager

Someone must have been called for a penalty.

The hangup is over compensation. The Rockets are trying to trade Ryan Anderson and the three-years and $60 million left on his deal, but the Knicks aren’t interested.

The report, however, contains an unaddressed caveat — just because the Knicks have paused discussions with the Rockets and Cavs doesn’t mean they’ve done the same with other potential suitors. And it could be the team wants to give just named general manager Scott Perry — who is being touted as an excellent evaluator of talent — a chance to survey the landscape for a better match in a trade.