10 NBA Players React to DeMarcus Cousins Signing with the Warriors 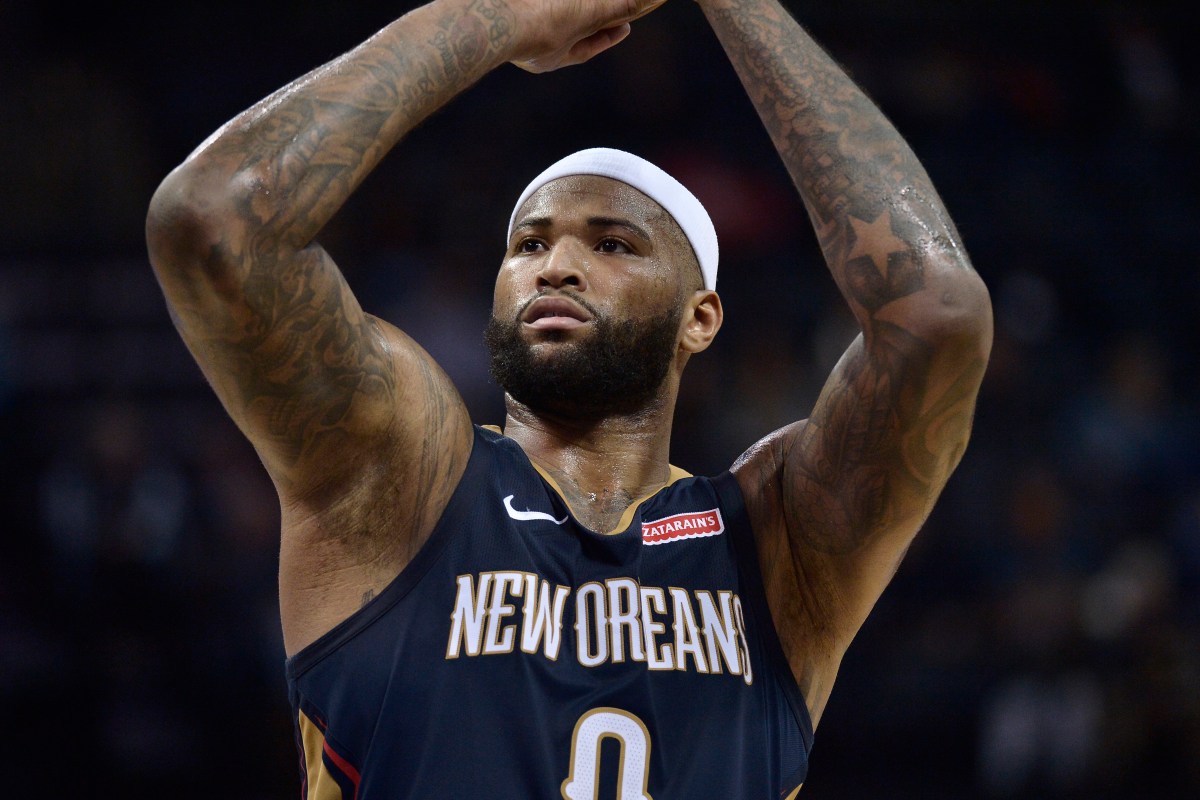 AP Photo/Brandon Dill
FILE - In this Jan. 10, 2018 file photo New Orleans Pelicans center DeMarcus Cousins (0) shoots a free throw in the first half of an NBA basketball game against the Memphis Grizzlies in Memphis, Tenn. Cousins will be ready to play at some point this season. And when he is, the two-time defending NBA champions will be waiting. Adding a fifth All-Star to their already glitzy lineup, the Golden State Warriors have come to terms with Cousins on a one-year, $5.3 million deal _ not the biggest money move on Day 2 of the NBA Free Agency period, but the most intriguing. (AP Photo/Brandon Dill, file)

In an NBA where it seemed impossible for the richest team of talent to get any richer, Golden State made a mockery of the entire free agency system and shattered the spirits of the entire league.

A day after LeBron James announced he was signing a four-year max contract with the Los Angeles Lakers, the Warriors made a massive splash of their own by signing All-Star center DeMarcus Cousins, one of the top free agents this summer, to a one-year mid-level exception deal for $5.3 million.

Unbelievable? That is a colossal understatement.

It’s been a journey for @boogiecousins. We’ve been with him every step of the way. @Warriors #0Doubt #TheResurgence #ItsShowtime pic.twitter.com/YF5qeHJQTi

Of all the teams Boogie, a 6-foot-11 matchup nightmare, was expected to sign, heading to Oakland to team up with Stephen Curry, Klay Thompson, Kevin Durant, Draymond Green, and the Warriors, who have won three championships in the last four seasons, was really not on anyone?s mind.

General manager Bob Myers and head coach Steve Kerr deserve some credit here. It appears to have more reward than risk acquiring a free agent player returning from an Achilles injury this past season with the New Orleans Pelicans.

And if you thought the fact Golden State landed another All-NBA talent shook basketball fans this offseason, what do you think it did for the NBA players? The emotions were high.

The only people happy here are the Golden State Warriors; its organization, players, and fans. Of course players like Steph Curry were going to say something.

Once the news broke, players were quick to hit social media in a confused state like the rest of the world. Spencer Dinwiddie, Myles Turner, Jae Crowder, Patrick Beverley, and Nick Young were all among the players stunned by the decision.

After the confusion left and reality sank in, players such as Bobby Portis were quick to point out this deal (although very within the rules) was as ridiculous as the NBA vetoing a trade of Chris Paul to the Lakers in 2011.

Just turned my phone on …. @boogiecousins whats goin on bruh? .. hit my line ..we gotta talk about this

Philadelphia 76ers center Joel Embiid is the king of NBA Twitter, so it?s only right he chimed in. Blazers shooting guard CJ McCollum joined the party, too.

Adam Silver has agreed to a Mid Level Extension with the Golden State, league sources tell ME. 💣😂 pic.twitter.com/G9uAcVcg6w

The reactions around the league were priceless. They hit every emotion possible. Then there was New York Knicks big man Enes Kanter. His response takes the cake and might end up with a fine after taking a little jab at NBA Commissioner Adam Silver.

No matter if you feel good, bad, or indifferent about this, just know the Warriors will be a heavy favorite to win yet another NBA championship, with an All-Star starting five, and nobody in the league is really too happy about it at all.