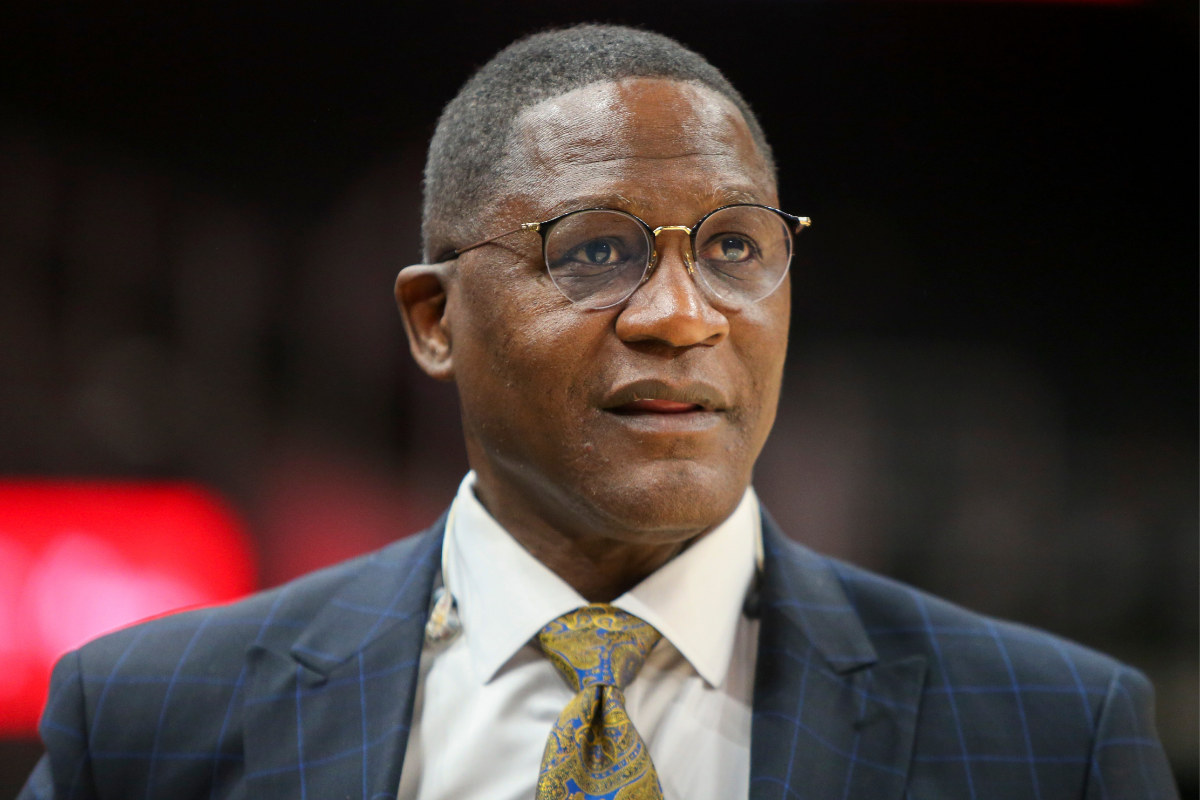 The highlight is embedded in how we consume sports today. The most bewildering plays in a brief clip. They’re what fans come to see.

In the 1980s, Dominque Wilkins was THE highlight. He made so many spectacular plays he was nicknamed “The Human Highlight Film.” Fans were on the edge of their seats whenever he touched the ball. It’s no wonder he’s regarded as one of the best dunkers of all time.

Jacques Dominique Wilkins was born on January 12, 1960 in Paris, France while his father was stationed there as a member of the U.S. Air Force. His family made pit stops in Dallas and Baltimore before settling in Washington, North Carolina where he attended Washington High School. At Washington High, Wilkins led the basketball team to back-to-back state championships in 1978 and 1979, winning MVPs in the process. He earned a spot in the McDonald’s All-American Game and signed with the University of Georgia.

After three seasons in Athens, he entered the 1982 NBA Draft and was selected third overall by the Utah Jazz. Wilkins had no interest in playing in Utah, however, and was traded to the Atlanta Hawks.

?No. 21 retired by Atlanta Hawks

According to hoopshype.com, the star NBA Player earned $16,482,500 ($29,755,159 adjusted for inflation) over the course of his career with the Hawks, Los Angeles Clippers, Boston Celtics, San Antonio Spurs, and Orlando Magic.

In 1995, Wilkins signed a two-year, $7 million contract with Panathinaikos of the Greek League. He found success in Greece, winning the Euroleague and Greek Cup in 1996.

The high-flying dunker had another overseas stint with Teamsystem Bologna of the Italian League for the 1997-98 season.

The Hawks forward is arguably most famous for his slam dunk contests, winning two in five appearances. His first title came in 1985 when he defeated Michael Jordan in an epic showdown in Indianapolis.

The next year, he failed to keep the dunking crown against 5-foot-7 teammate Spud Webb. He defeated Kenny Smith of the Sacramento Kings to reclaim the title in one final appearance in 1990.

Wilkins had four daughters with his first wife, Nicole Berry: Danielle, Chloe, Alysandra and Aiysha Wilkins. He married his second wife, Robin Campbell Wilkins, in 2005 and has a son named Jacob Dominique.

According to Celebrity Net Worth, Dominque Wilkins’ net worth is an estimated $14 million. Wilkins has had an active career with the Hawks post-retirement. Since 2004, he’s served as the Vice President of Basketball for the National Basketball Association team.

You can routinely hear Wilkins calling Hawks games as the color analyst on FSN South. He narrates the highlights he once populated and is involved in various ventures in and around the game.