Most sports games end when the clock hits triple zeroes. It's not a complicated concept; even ESPN understands it. You play for the regulated amount of time, and whoever is leading at the end wins. That's it.

That is, unless there's overtime of course. While the overtime rules in the NFL cause everyone to question their fairness come playoff time, other sports like baseball and basketball have figured it out.

Baseball keeps going until someone wins, whether that be in the 10th or 19th inning. Basketball plays a shortened period that works like the end of regulation: the team that's ahead when the clock runs out is the winner.

What is the Elam Ending?

RELATED: How Long is a Basketball Game & How Did the Shot Clock Revolutionize the Sport?

I'll defer to an article I wrote about The Basketball Tournament (Don't worry, we'll talk about this later) back in 2020 to explain the Elam Ending:

"The Elam Ending was devised by Ball State University professor Nick Elam. Instead of playing an entire timed fourth quarter, the Elam Ending plays to a target score. The game clock is turned off after the first whistle under four minutes, however, the shot clock is still in use. The target score is eight points more than the leading team's score, or if the game is tied, eight points more than the tied score. Replay reviews are allowed if either team is within three points of the target score. Games can be won on any field goal or a free throw. A recent rule change eliminates the likelihood of intentional fouls. If a team commits a foul while in the bonus, the other team gets only one free throw, then retains possession. Due to the Elam Ending's format, there is no overtime."

For example, if the score is 88-83 at the under-four-minute mark, the first team to 96, the target score, wins. It's untimed, so it doesn't matter how long it takes to get there, giving the trailing team as much time as they need to close the gap, as the first team to reach the target score wins. Adding to the excitement, the Elam Ending requires every game to finish with a made basket.

Elam invented his ending with the intent to conclude the game in a more natural way as opposed to stalling or intentionally fouling. I've always thought of it as a more organized version of how pickup hoops or a game of 21 is scored.

Anyway, Elam first came up with the idea in 2007, but he waited a decade for it to be put it into practice. The Basketball Tournament, an open-application, single-elimination tournament with a winner-take-all $1 million cash prize, fully implemented the Elam Ending in 2018 and has used it ever since. TBT was a relatively new tournament at the time, and it needed something to stand out. The Elam Ending was the perfect mechanism.

The Elam Ending in the NBA All-Star Game 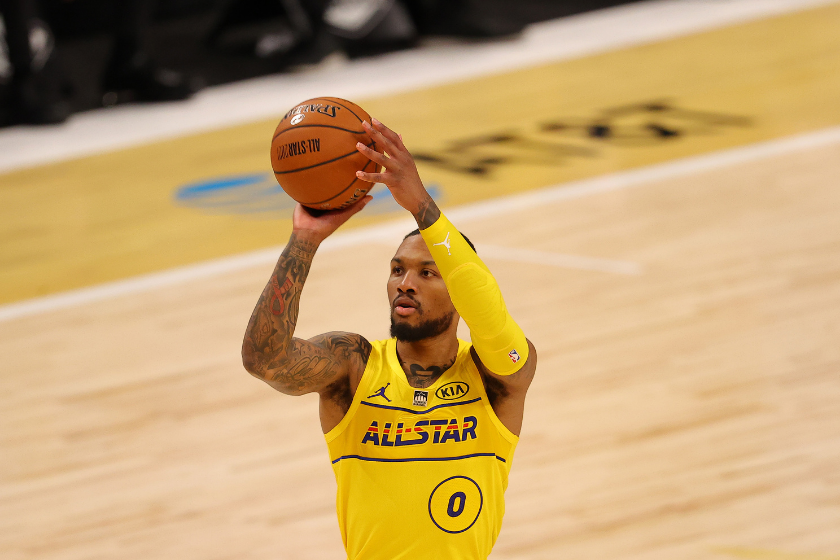 The Basketball Tournament was the first to catch on, but the Elam Ending spread all the way to the NBA in 2020. That year, the league implemented the ending for the NBA All-Star Game in Chicago when Team LeBron James took on Team Giannis Antetokounmpo. The players and fans loved the fresh take and took it in stride. It's been used every year since.

Evan Wasch, senior VP and Head of NBA Basketball Strategy & Analytics, spoke about the Elam Ending's NBA success over email to Inside Hook.

"It made sense to continue utilizing the new format," he said. "We saw increases in viewership and overall fan engagement, and the qualitative feedback we heard from players, coaches, media and fans was overwhelmingly positive."

Since debuting at the NBA All-Star Game, The Elam Ending has also expanded to New Zealand's National Basketball League, the Canadian Elite Basketball League, the NAIA Mega Bowl, select high schools in Philadelphia and Texas and rec leagues. Some leagues have even adopted a final target score of plus 24, as a way to honor the late Los Angeles Lakers legend Kobe Bryant.

We have yet to see it at the college basketball level, but could you imagine an NCAA championship game with the Elam Ending? Late-game buzzer beaters would be no more, but a game-winning shot that ends the game on the spot would be ice cold. It almost seems like we'd see NBA games in the regular season or even the NBA G League use the ending before we see college hoops adopt the rule for the first time.

Longstanding rules in sports are nearly impossible to change, but it's cool to see the Elam Ending being recognized by the NBA. Will it be adopted universally across basketball? I doubt it, but it's certainly a fun wrinkle that replaces games ending with a billion fouls and timeouts.

This article was originally published on February 17, 2022, and has been updated since.

MORE: 55 Key Basketball Terms for All Fans of the Game