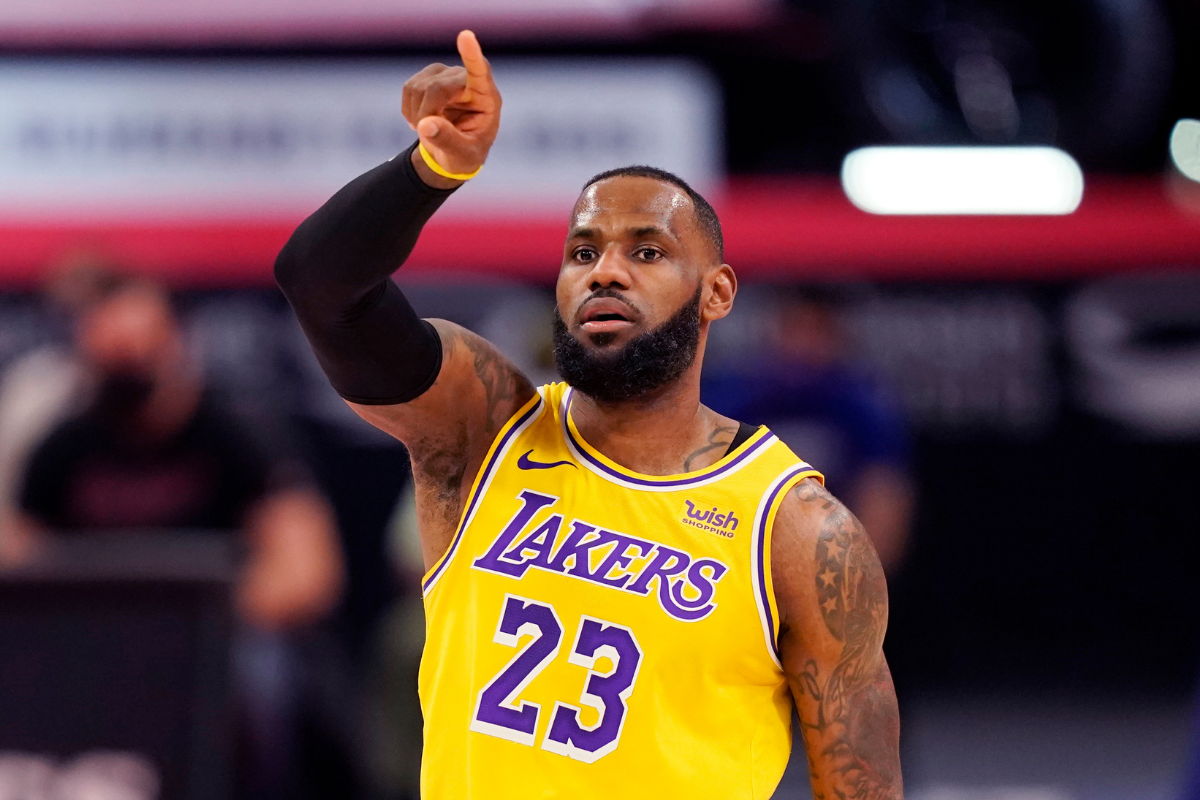 Basketball is a game filled with all sorts of lingo and slang. Analysts can throw around terms that may sound like a foreign language, but basketball jargon has a manageable learning curve.

Airball: A shot attempt where the ball fails to make contact with any part of the basket.

Alley-oop: A lob from one offensive player to a leaping teammate who immediately dunks the ball.

Backboard: The square slab of glass above the basket. They include a white, mini-square above the rim in order to help players aim when shooting.

Backcourt: The part of the court furthest away from the basket, also, a team’s defensive half of the court. Backcourt can also refer to the guards on the team.

Backdoor cut: An offensive play where a player moves to get open, drawing a defender, then cuts towards the rim. This opens up a passing lane behind the defense.

Bank shot: A shot where the player uses the backboard.

Blocked shot: When a defensive player prevents a shot attempt.

Bounce pass: A pass where the ball bounces on the floor en route to the designated player.

Box out: When a defensive player establishes rebounding position in front of an offensive player, preventing them from grabbing a missed shot.

Chest pass: A pass from the chest between teammates where the ball doesn’t touch the ground.

Combo forward: A player who has the abilities to operate as a small forward or power forward.

Crossover: A dribble move where the player switches the ball rapidly from one hand to the other.

Dead ball: Anytime action on the court has ceased and the ball isn’t in play.

Double dribble: When a player with the ball picks up their dribble then dribbles again or when a player dribbles with both hands.

Double team: When an offensive player is defended by two opposing players at once.

Dribble: When a player bounces the ball on the floor with one hand. It’s necessary for an offensive player to dribble in order to move around the court. The player who is dribbling is referred to as the ball handler. Point guards are traditionally the best dribblers.

Dunk: When an offensive player jumps with their hands above the rim and throws the ball in the basket. Players grab the rim when finishing a dunk to ensure it goes through for a score.

Elbow: The upper corners of the lane on either end of the free-throw line.

End line: The boundaries on the end of the court under the basket. Also called the base line.

Field goal: A shot attempt while the game is in play.

Free-throw lane: More commonly referred to as the “lane;” extends from the free-throw line to below the basket. Players may not enter this area when a free throw is being shot. This area can also be called “the paint” as it is colored differently from the rest of the court.

Free-throw line: The line 15-feet from the basket where players shoot after being fouled. Also referred to as the “charity stripe” or foul line.

Frontcourt: The area of the court closest to the basket. The team’s offensive half of the court. Also, it can refer to the power forwards and centers on the team.

RELATED: Kareem Abdul-Jabbar’s Height Made Him the King of the Court

Full-court press: A type of defense where offensive players are guarded the entire length of the court.

Goaltending: the violation of interfering with the shot when its on its downward arc or is on or over the rim.

Half-court: Half of the basketball court.

High post: The area of the paint near the elbows and free-throw line.

Inbounds: Throwing the ball in play from out of bounds.

Jump shot: A shot when a player jumps in the air and releases the ball at the peak of their leap. If it goes in the hoop, some might call it a swish, but only if it hits all net and no rim.

Layup: Shots within two-feet of the basket. Basketball players bank the ball off the mini-white square for better angles into the hoop.

Low post: The area of the lane closest to the basket. This where you might find players “post up,” or ask for the ball while facing away from the hoop.

Man defense: The most common type of defense where each defensive player is directly responsible for one player on the offensive team.

Opening tip: Two players from opposing teams compete for the first possession of the game as the referee tosses the ball in the air in the middle of the half-court line.

Out of bounds: The area outside the boundaries of the court.

Outlet pass: The pass to a ball handler after a rebound or made basket.

Palming: When the player dribbling continues to dribble after the ball comes to a rest.

Pick and roll: A play in which one player sets a screen for a ball handler and moves towards the basket.

Pivot foot: The foot planted on the ground that allows the player to rotate position when not dribbling.

Sideline: The boundaries on the side of the court.

Strongside: In the half-court, the side of the court with the ball.

Technical foul: A rules infraction that doesn’t involved procedural violations. Technical fouls are most commonly called due to unsportsmanlike conduct. They can also be referred to as a “T” or “Tech.”

Three-point line: The arc around the basket where three-point shots are taken.

Timeout: A break in a basketball game.

Top of the key: The area at the top of the lane, just beyond the free-throw line.

Weakside: In the half-court, the side of the court opposite the ball. Also known as the help side.

Zone defense: A defensive strategy where each player is responsible for a specific area of the court.

Let this serve as a basketball glossary for all fans of the game.