Jackie Robinson breaking baseball's color barrier in 1947 was a culturally defining moment of the 20th century. It was monumental in the world of sports, of course, but in a nation plagued by segregation, it was much more significant. Robinson was a symbol of the shifting tide toward racial equality in everyday life. The Brooklyn Dodgers legend knew this and knew the backlash he would face, yet he persevered because it was about something much bigger than him. He did it all on his own, too.

Technically, Kenny Washington, Woody Strode, Marion Motley and Bill Willis broke the NFL's color barrier first in 1946. However, baseball was the most popular game at the time, making Robinson's journey highly publicized. So, all these guys opened the gates in their respective sports. But, what about the National Basketball Association?

Well, we need to travel back to 1950 to meet Earl Lloyd, Chuck Cooper and Nat Clifton.

Who Were The First Black NBA Players?

RELATED: The 10 Most Influential Black Athletes & Coaches in Sports History

Lloyd, Cooper and Clifton all broke professional basketball's color barrier in their own way. Lloyd was the first African-American to play in an NBA game. Cooper was the first to be drafted by an NBA team. Clifton was the first to sign an NBA contract.

It should be noted that the trio's journey is different from their MLB and NFL counterparts. College basketball teams were already integrated at the time, so the thought of having a Black athlete on the team was less foreign to basketball players. This doesn't take anything away from what these guys had to go through because they sure as hell faced their own set of hardships.

That being said, let's learn about Lloyd first. 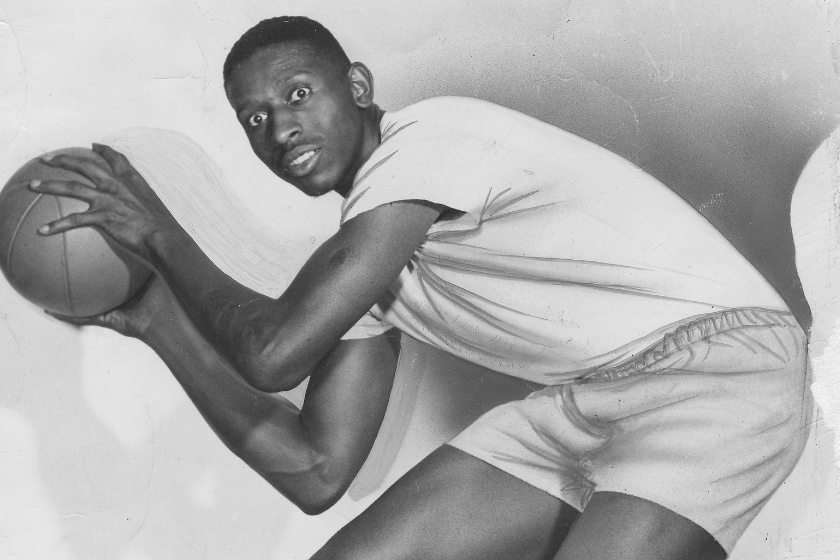 Earl Lloyd grew up in Alexandria, Virginia -- just outside of Washington D.C.--and played college basketball at West Virginia State. The small forward was the star player on a team that won two conference titles. On top of his team's success, Lloyd made the All-Conference team in all three of his years at the varsity level. His stellar collegiate career, along with his 6-foot-6, 200-pound frame, made Lloyd (also known as "The Big Cat") an appealing prospect to many NBA teams, and the Washington Capitols ended up selecting him in the ninth round of the 1950 NBA Draft.

Lloyd became the first Black player to see action in an NBA game when Washington took on the Rochester Royals on Halloween night that year. He scored six points in his debut. "The Big Cat" would miss his sophomore season due to serving in the Korean War, but he returned to the league for the 1952-53 season and joined the Syracuse Nationals. He played six years in Syracuse, where he won an NBA title in 1955, before finishing his career with the Detroit Pistons. For his playing career, he averaged 8.4 points and 6.4 rebounds.

The small forward stuck around the Motor City for the remainder of his life. He became the Pistons head coach, and the first full-time Black head coach in NBA history, in 1971. He spent barely over one season at the helm, going 22-55, before he was fired seven games into the '72-'73 season. Despite his unsuccessful coaching stint, he remained a scout with the team for 10 years. He then went on to work for the Detroit Board of Education and was an active community member.

Lloyd spoke about his NBA experience to NBA.com before he passed away in 2015:

"I don't think my situation was anything like Jackie Robinson's -- a guy who played in a very hostile environment, where even some of his own teammates didn't want him around," Lloyd said. "In basketball, folks were used to seeing integrated teams at the college level. There was a different mentality. But of course, the team did stay and eat in some places where I wasn't welcome."

"I remember in Fort Wayne, Ind., we stayed at a hotel where they let me sleep, but they wouldn't let me eat. They didn't want anyone to see me. Heck, I figured if they let me sleep there, I was at least halfway home. You have to remember, I grew up in segregated Virginia, so I had seen this stuff before. Did it make me bitter? No. If you let yourself become bitter, it will eat away at you inside. If adversity doesn't kill you, it makes you a better person."

Earl Lloyd was inducted into the Basketball Hall of Fame in 2003. 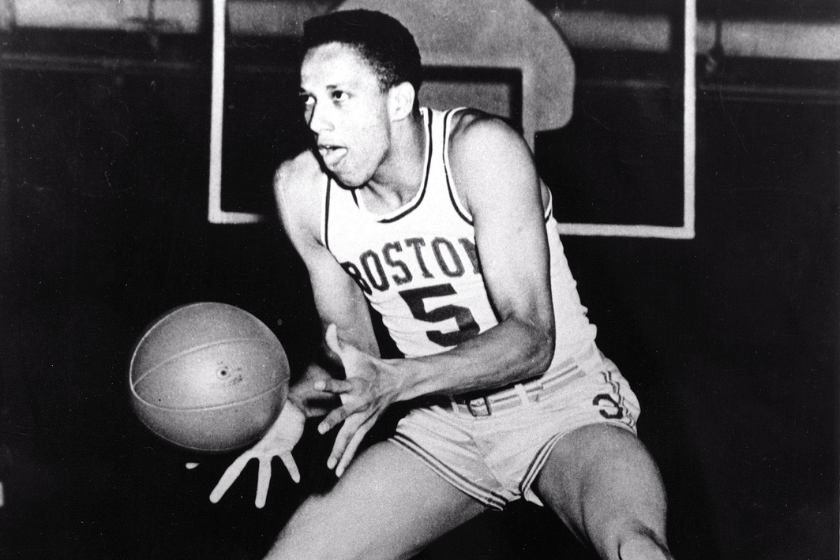 Like Lloyd, Chuck Cooper also played at West Virginia State and served in the military during his basketball career. Although, Cooper was a Navy Man in the final days of World War II and only spent one year at WVSU. He had an impressive college career at Duquesne University when he returned home.

Cooper spent a short stretch with the Harlem Globetrotters before the Boston Celtics selected him with the first pick of the second round (14th overall) of the 1950 NBA Draft. Then Celtics owner Walter A. Brown delivered a famous quote when drafting Cooper in response to other executives advising against selecting him:

The forward made his NBA debut one day after Lloyd and played six years in the NBA with the Celtics, Milwaukee Hawks (later the St. Louis Hawks after the franchise relocated in 1955) and the Fort Wayne Pistons. He averaged 6.7 points and 5.9 rebounds for his career and was posthumously inducted into the Basketball Hall of Fame in 2019 after he passed away in 1984. 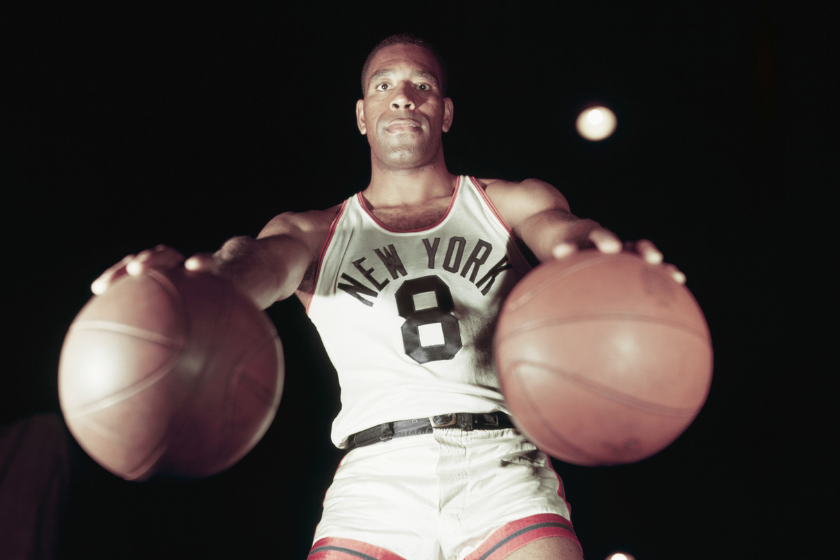 Similar to Cooper, Nat "Sweetwater" Clifton attended one year of college at Xavier University in Louisiana before serving in the Army during World War II. He also played for the Harlem Globetrotters upon returning, and his play spawned the New York Knicks to sign him in the spring of 1950. He debuted four days after Lloyd.

"Sweetwater" was a vital contributor for the Knicks during his eight-year NBA career. He averaged 10 points, 8 rebounds and made the NBA-All-Star game in 1957 at the age of 34. He retired in 1958 after one season with the Detroit Pistons.

Like Lloyd, Cooper dedicated his post-basketball life to improving the city where he spent a majority of his career. He died in 1990, and earned a spot in the Basketball Hall of Fame in 2014.

Today, 75% of NBA players are African-American. Without Lloyd, Cooper and Clifton, the league wouldn't be what we know now.

MORE: Kenny Washington Became the First Black NFL Player, But Why Isn't He a Household Name?