It was a normal Saturday night. Memphis' Ja Morant had the ball on the right wing with about 4:30 left in the third quarter in the Grizzlies' game against the Indiana Pacers. The shot clock was down to about 10 seconds as Morant caught a soft underhand pass from Santi Aldama. T.J. McConnell, who is still an NBA player and not an intern at a hedge fund, was guarding Morant. It was late in the shot clock, and clearly nothing in the set offense had worked out. Aldama set a soft screen on McConnell, trying to get a little pick-and-roll action going. As the screen was set, Pacers forward Oshae Brissett switched from guarding Aldama to taking over Morant.

Everything up until that point was a pretty routine NBA play. And then Morant went scorched earth on the Pacers, the rim and the internet, delivering one of the most ferocious dunks of the season.

EVERY ANGLE OF JA MORANT'S UNBELIEVABLE DUNK OF THE YEAR CANDIDATE ??? pic.twitter.com/8u1j6ZNH3F

Before we get to the dunk itself, let's talk about Brissett's attempt to guard Morant. He switches to Morant but is unsure if he should crowd Morant or lay off of him to tempt him into taking a 3-pointer. And so he kinda does neither and just stands sort of flat-footed at the 3-point line. Morant instinctively kicks into hyperdrive and hits Brissett with a super-quick stutter step and hard crossover right to left, leaving the Pacers forward guarding the air as the electrifying point guard slashes toward the paint.

As Morant gets to the paint, he's got options. He could continue with the pick-and-roll idea and feed Aldama for a free throw line jumper. He could pull up for a 10-footer or go for a floater. With the defense collapsing, he could kick it out to the perimeter, where Ziaire Williams was standing wide open.

Pretty much every other point guard in the NBA would've done one of those three things and, depending on execution, those might have been perfectly lovely plays.

But Ja Morant has one more option in his menu than every other point guard in the NBA. So he decided he could gather from just outside the circle, cock the ball as far back behind his head as humanly possible, and flush the ball in Pacers center Jalen Smith's face.

It's an absolute monster slam. It is an archetypal poster. If you were trying to explain to someone what basketball is, or what athleticism is, or who Ja Morant is, or what awesome is, that is the highlight you would show them.

To really understand just how ridiculous of a play it is, go back and look at Williams. He goes from standing in the far corner, open, with his hands up for a pass: 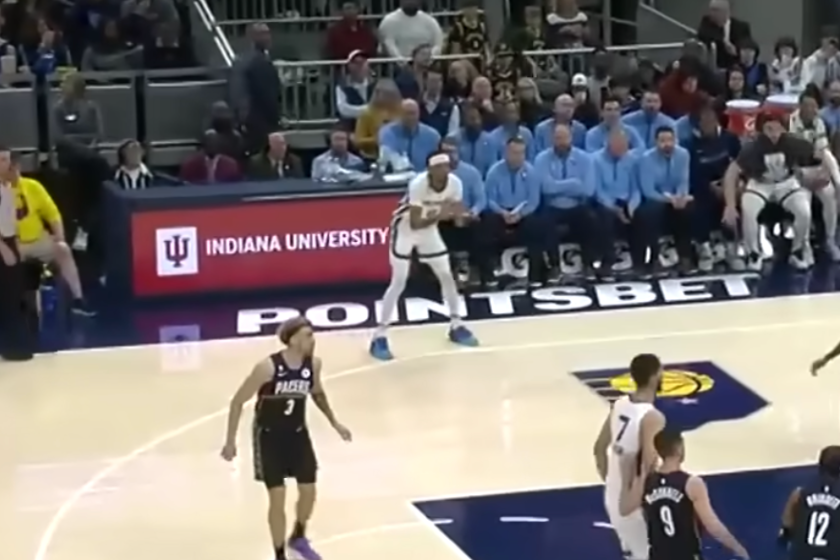 To putting his hands over his head in disbelief: 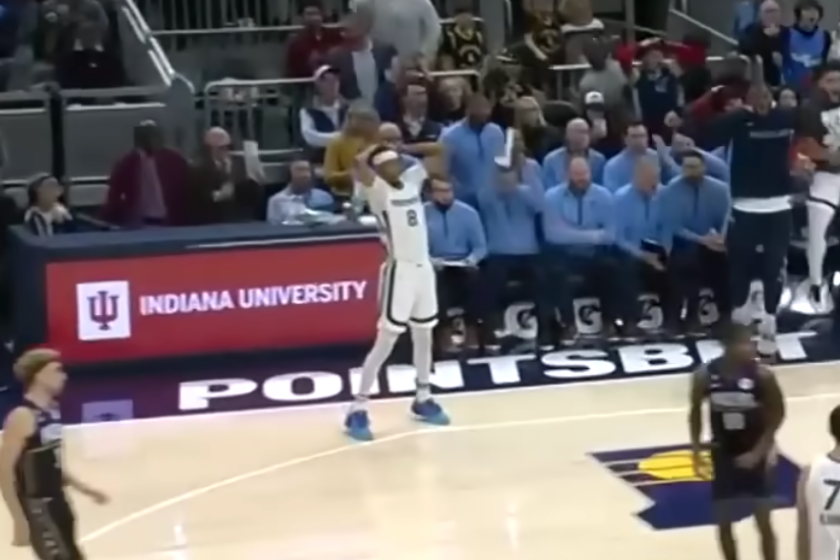 This man is an NBA player. And he plays with Morant. So, in theory, he sees a lot of dunks, including a lot of Morant dunks. And in that moment, in the midst of an actual competitive basketball game, all he could do was put his hands on his head, stand up straight, and pretty much give the physical embodiment of "Sheeeesh!"

This clip also gives us a great addition to the pantheon of announcers exploding. You know it's a big highlight when both the play-by-play broadcaster and the analyst let out loud yells. In this case a stereo: "OHHHH" from the Grizzlies pair, followed by a "My WORD...HOLY COW!" and an "Oh my, partner, did we just see that?!" Did we just see that? Yes. Do we believe it? Well, kinda. Only because it's Ja Morant, though. The man is art in motion.

Word to the wise: Before you go out and try this on an 8-foot hoop -- don't do it. You will get hurt. You're probably gonna dislocate your shoulder just trying to get your arm that far back. And then you'll be the person with a bum shoulder because you tried to re-create a Morant dunk.

Just enjoy the majesty of the dunk, and save your playground imitation attempts for Joe Ingles highlights.