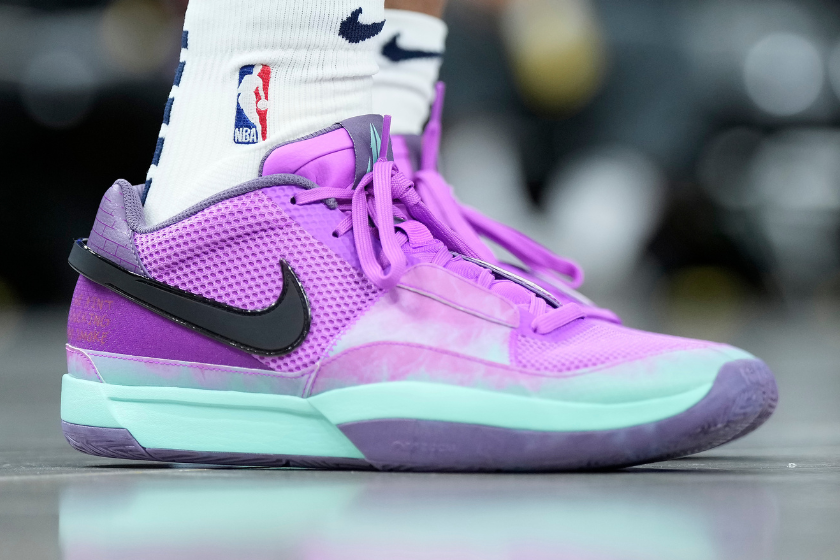 RELATED: The 10 Best NBA Draft Classes Ever of All-Time, Ranked

Nike hasn't added a new face to its signature shoe lineup since they signed Paul George in 2017, so Ja's new line injects some much-needed youth into Nike's roster, which is still anchored by Lakers star LeBron James. This also comes at an opportune time for the Swoosh with all of the drama surrounding Kyrie Irving and Nike dropping him as an athlete. While the current young stars of the game have largely chosen to sign with Jordan Brand (Luka Doncic, Zion Williamson, Jayson Tatum), adidas (Donovan Mitchell, Trae Young), or Puma (LaMelo Ball), Ja Morant can take over as the face of the biggest brand in the biggest sport when it comes to signature shoes. And to say Nike and Ja knocked it out of the park would be an understatement.

Both the "Day One" colorway that will release first and the "Chimney" colorway that Ja actually wore on Christmas Day are some of the best-looking Nike Basketball shoes to release in the past couple of years. Sneakerheads will notice that Ja Morant's first signature shoe lends elements from the early Kevin Durant line (Ja has long played in KD4s), with some visual elements of the Kobe line. The Ja 1 is designed for "underdogs" who aren't afraid to dream big, according to the Grizzlies' star.

And that's been Morant's whole story in the NBA thus far. After entering the league as the consolation prize in the Zion Williamson Draft of 2019, the Murray State product began to make noise. All of a sudden, Ja Morant became a walking ESPN highlight reel, dropping buckets, dishing out assists, snagging rebounds and throwing top-tier dunks that would make Giannis Antetokounmpo blush. But Morant still stays grounded, even if his game lives in the air. The first look we got of the Ja 1s came in a video starring Morant's daughter, Kaari.

"NIKE, Inc. is honored to partner with Ja Morant to serve the future of athletes and sport," Scott Munson, Nike VP of Global Men's Basketball, said in a statement. "Morant, Nike Basketball's first Gen Z signature athlete, is a revolutionary player who quickly became a global star with his unmatched athleticism and exciting style of play. His authentic personality, deep love for his community and family and joy for the game [makes] him very special -- on and off the court. We are thrilled to add Morant to our signature roster and can't wait for everyone to learn more about his first shoe, the Nike Ja 1."

To top it all off, we got a first look at the chevron style signature logo for the young point guard's line that sent social media buzzing. While it may not be an all-star like Air Jordan's Jumpman, it's making it's way up the rankings.

MORE: Ja Morant's Dad Has Always Kept His Son Humble From the Backyard to the NBA