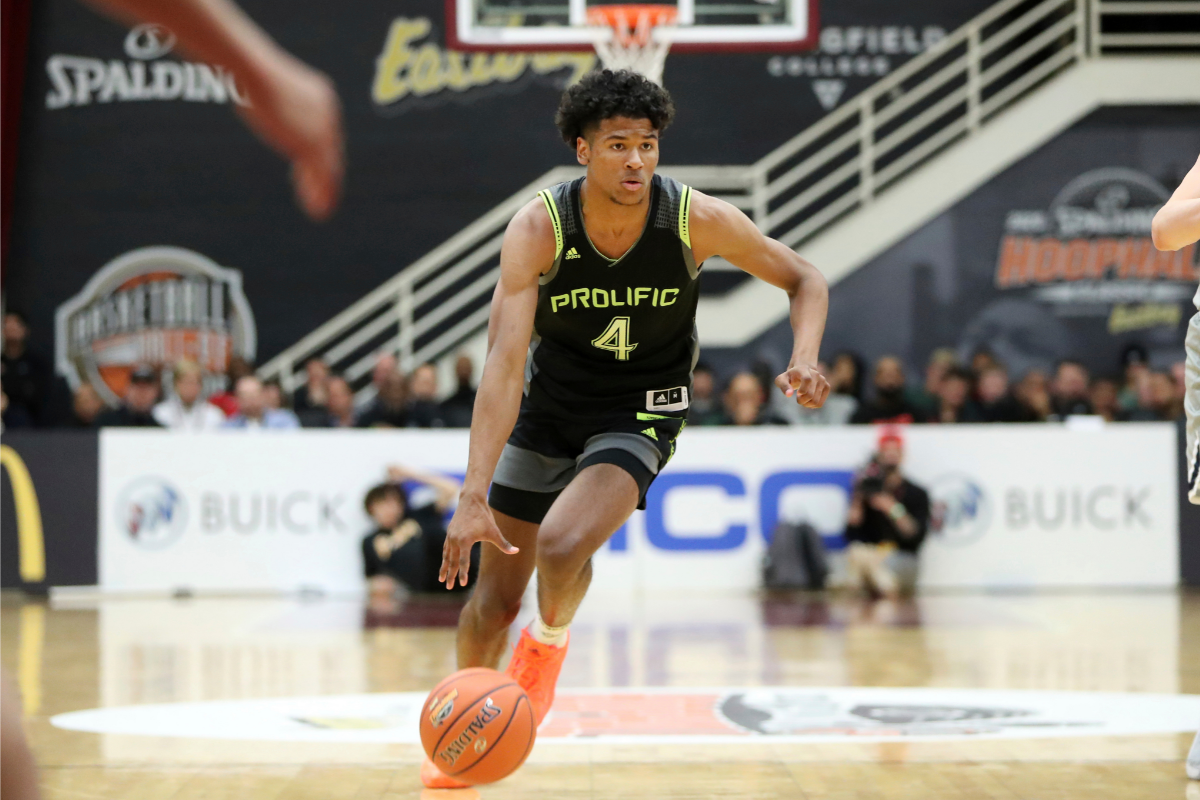 Top 2021 NBA draft prospect Jalen Green‘s NBA dream has been a long time in the making. Recruited by Division I programs before the age of 15, Green was groomed for professional basketball.

He’s won gold medals with Team USA, but young Green is still just a fan. He refers to his favorite NBA player, Kevin Durant, as the “Walking Bucket.” That may be, but Jalen Green is “The Unicorn.”

Along with his two sisters, Raquel Purganan and Jurnee Tyra, Green’s family moved from his Northern California birthplace of Merced, California, to nearby Livingston, and eventually to Fresno when he was in third grade.

Purganan and Green could see Jalen was a basketball star from a young age. Though unable to afford private coaches, they fostered Green’s drive and love for the game.

“They don’t know he has fought and practiced and worked his butt off to be where he’s at,” Bree told Bleacher Report of people who think Green has things easy. “It wasn’t handed to him. We don’t have the [money] to pay for [trainers].”

Now, the young Green is poised to ignite the National Basketball Association. Who is “The Unicorn,” and how did he earn his horn?

Jalen Romande Green began AAU ball when he was in sixth grade. Sure of his future goals, he committed five hours a day to practice. His commitment paid off. He fielded recruitment offers from Fresno State, Florida State, Arizona and USC before he’d even heard of algebra II.

Green stood 6-foot-4 as a freshman at San Joaquin Memorial High School. He was a MaxPreps All-Freshman and CIF Central Section Rookie of the Year. By the time the shooting guard left San Joaquin, he had won a Central Division II Championship, MaxPreps National Sophomore of the Year and MaxPreps freshman All-American second team.

Green transferred to Prolific Prep for the last year of his high school career. His appearance at the Nike Hoop Summit was canceled by coronavirus, but his name was well-known by then. ESPN had considered Green a consensus five-star recruit for the class of 2020 since he was 15.

When Jalen Green was a 16-year old, he was named MVP with the U-17 National Team at the 2018 FIBA World Cup. He’s also won gold medals with Team USA at the FIBA Americas Championship in Argentina and the Under-19 Basketball World Cup in Greece.

Green is treated like the second coming of LeBron James at many of these tournaments, a position he already seems comfortable with. When he plays in the Philippines, fans chant “Idol!” whenever he dribbles or shoots, lining up for autographs afterward. That’s because Green has family roots there.

Green’s mother and grandfather are from the Philippines. Because of his Filipino descent, Green has expressed interest in playing for the Philipino National Team instead of Team USA. Filipino fans love the idea.

When the COVID-19 pandemic cut Green’s senior season short, Green chose to forego college basketball eligibility and sign with the NBA G-League instead. Green signed a one-year, $500,000 contract with Ignite, based in Walnut Creek, California, in 2020.

After a season in the G-League, Green’s net worth is half a million larger. The Filipino-American professional basketball player is finally ready for the NBA.

Green continued his upward trajectory in the G-League. He averaged 18 points, three assists and four rebounds in 15 regular-season games with Ignite. They made the NBDL playoffs but lost in the quarterfinals to Toronto’s G-League team, Raptors 905.

The Toronto Raptors have one of the top picks in the draft, but they might still miss out on Jalen Green. CBSSports projects Green going No. 3 overall to the Cleveland Cavaliers in their mock draft, furthering any implied Lebron comparisons. It seems virtually impossible Green will drop out of the top five.

Playing in the NBA has always been a dream for Jalen Green and his family. His dream is closer to becoming a reality than ever, but his parents keep him grounded.

To the world, Jalen Green is a unicorn talent, a once-in-a-generation basketball freak. But to Marcus Green and Bree Purganan, Green is their son, a young man who still hopes to become a veterinarian one day. Dr. Green’s Doggy Hospital will have to wait a few more years while Green sees if has what it takes to make it in the NBA.

MORE: Jalen Suggs? Girlfriend is a Basketball Star Herself