The last time Jamal Murray stepped onto an NBA court, his left knee gave out as he was going for a layup against the Golden State Warriors. Watching the footage, it was evident the injury was serious; when the diagnosis revealed the Denver Nuggets point guard had torn his ACL, Denver's title hopes were all but shot.

In the 555 days since Murray has seen action, the Nuggets have remained competitive thanks to back-to-back MVP seasons by center Nikola Jokic. But even a player as special as Jokic couldn't lead a team through the gauntlet that is the Western Conference by himself.

Now that Murray is fully healthy, though, Denver's dynamic duo can lead the team to a championship.

Jamal Murray's Return Reunites One of the NBA's Best Duos 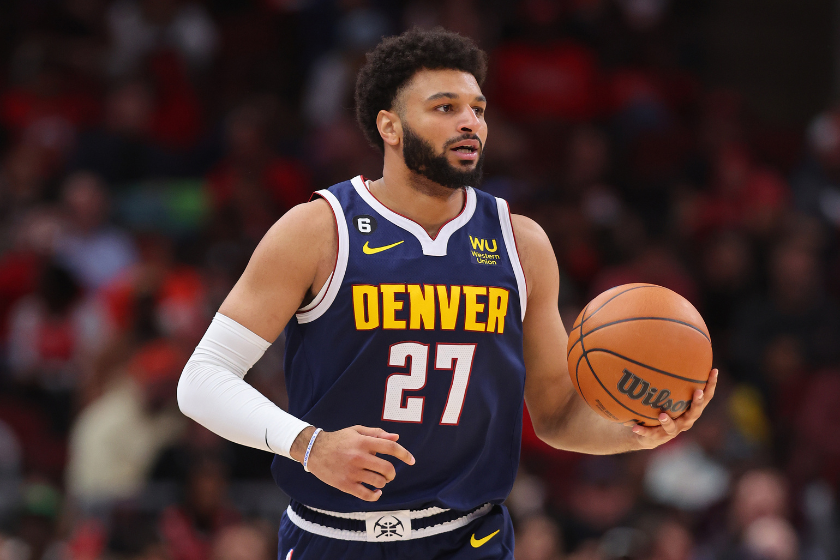 RELATED: Nikola Jokic Is Changing the Game for Big Men in the NBA

Murray was this close to returning for the Nuggets' first-round playoff series last season against the Warriors.

However, his knee wasn't up to full speed, and the team agreed to shut him down to relieve the pressure of returning. That didn't make it any easier, though. Murray still caught flak for his absence and tweeted to reaffirm how badly he wanted to help his team.

Y?all don?t think I wanna be out there huh.. crazy

The Nuggets made the right call. Putting the future of your franchise point guard on the line against the eventual champions isn't a recipe for success. However, this year is a different story because Denver is all in.

Anchored by the core of Jokic, Murray, Michael Porter Jr. (who's returning from season-ending back surgery) and Aaron Gordon, the Nuggets also acquired a guy with championship experience in Kentavious Caldwell-Pope along with an underrated role player in Bruce Brown. Additionally, Bones Hyland is a spark plug off the bench, and Jeff Green is still productive.

The supporting pieces are there, but the team revolves around Jokic and Murray. When they were on the court together in 2020-21, the duo had an offensive rating of 122.3 and a net rating of 11.5, according to NBA.com. Numbers tell part of the story, but the beauty of their pick-and-roll game is what makes them lethal.

Murray is dangerous when he attacks the rim or pulls up for a jumper. Jokic is a wizard when Murray dishes it to him. Jokic has proved he can do pretty much anything with the ball in his hands, but his most valuable asset is his passing. Put shooters and cutters around him -- which the Nuggets have done -- and he's the most creative offensive player in the league. Murray's return gives Jokic his best weapon.

Don't expect to see the Murray we saw explode in the NBA Bubble right away, though. It'll take some time for him to find his rhythm again. But once he does, he has the talent to help lead the Nuggets on a deep playoff run. Maybe he'll earn his first All-Star bid, too.

The Nuggets are +2000 to win the NBA championship, according to FanDuel. Now that the Nuggets have a healthy Murray, Jokic, and Porter, those odds are appetizing.

MORE: Meet Victor Wembanyama: The 7-Foot-2 French Superstar Who's Built to Take Over the NBA