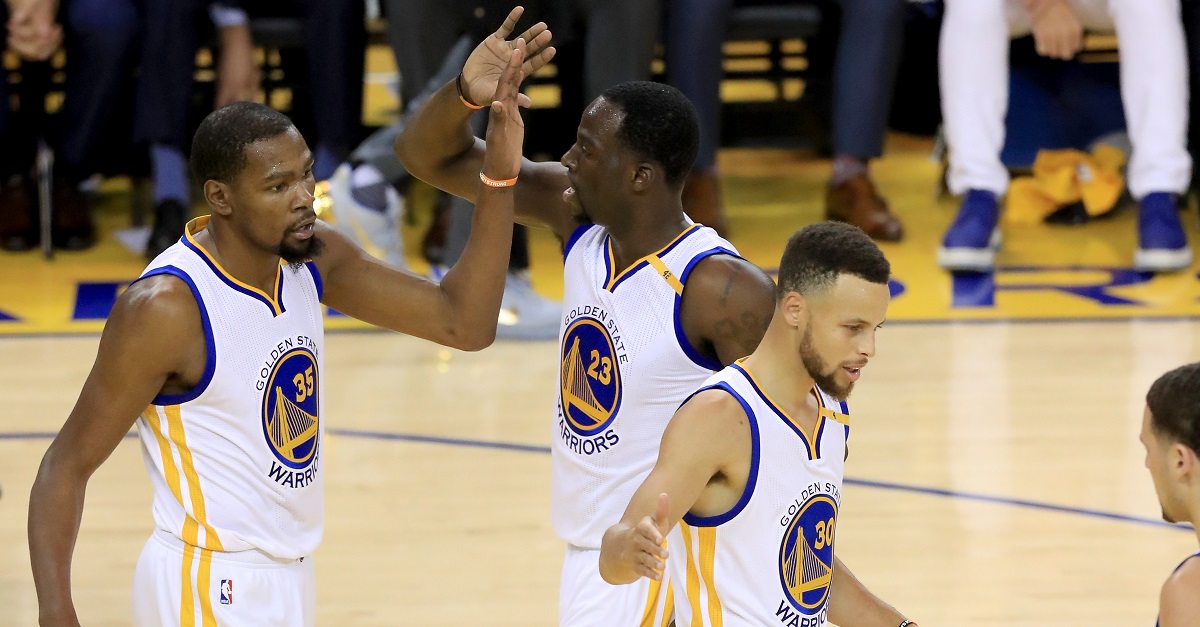 Ronald Martinez/Getty Images
OAKLAND, CA - JUNE 12: Kevin Durant #35, Draymond Green #23 and Stephen Curry #30 of the Golden State Warriors react to a play in Game 5 of the 2017 NBA Finals against the Cleveland Cavaliers at ORACLE Arena on June 12, 2017 in Oakland, California. NOTE TO USER: User expressly acknowledges and agrees that, by downloading and or using this photograph, User is consenting to the terms and conditions of the Getty Images License Agreement. (Photo by Ronald Martinez/Getty Images)

Kevin Durant has not been a fan of President Donald Trump since he took office and recently had some comments on the president. He told ESPN’s Chris Haynes that he would not go on the visit to the White House should the team decide to go and his reason was pretty straight forward.

“Nah, I won’t do that. I don’t respect who’s in office right now,” he said. He also was pretty explicit during his trophy parade in his hometown in Maryland and told TMZ “We don’t f— with him.”