Killian Hayes Might Be the Steal of the 2020 NBA Draft 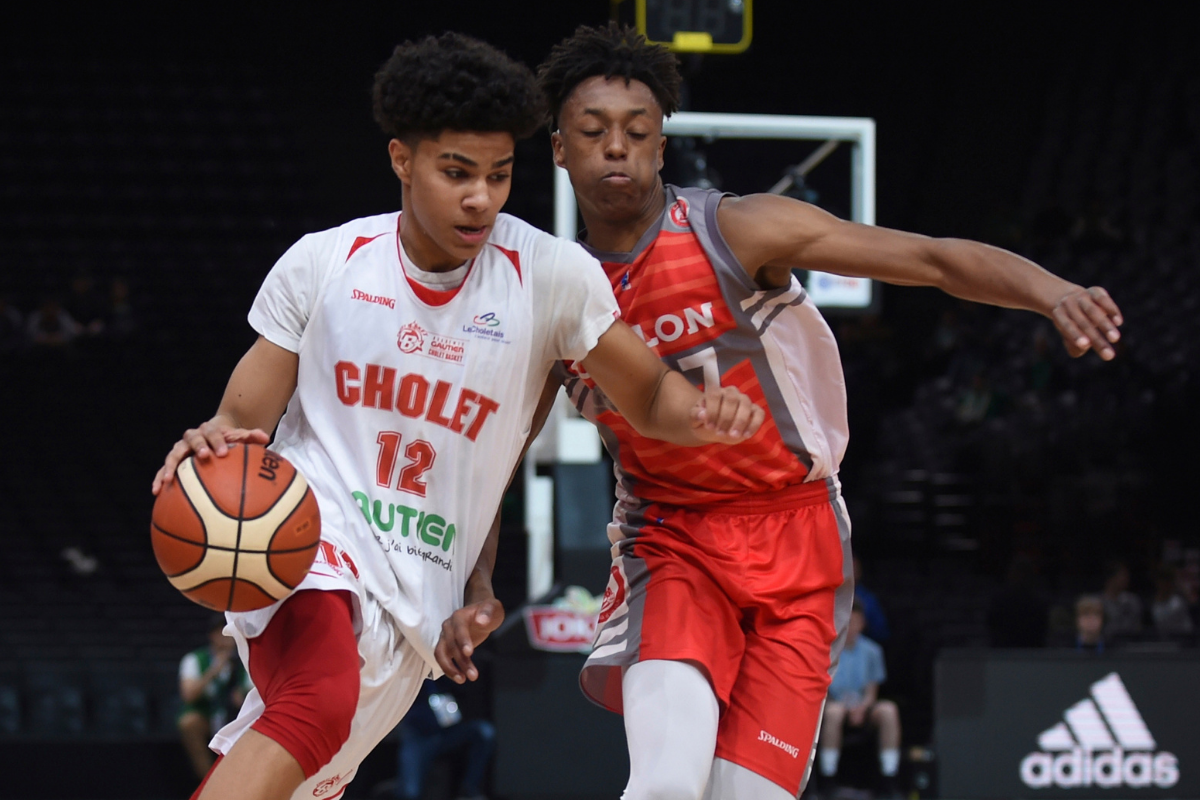 The Detroit Pistons made a lot of noise in the 2020 NBA Draft.

Under head coach Dwane Casey, the Pistons are going full rebuild on the back of a young core. The centerpiece, Hayes, the seventh-overall pick, could have the most upside in the class.

RELATED: Deni Avdija is the NBA?s Next International Star

Hayes was born in Lakeland, Florida on July 27, 2001. The Hayes family moved to Cholet, France barely a year later due to Deron Haynes, Killian’s father who played college ball at Penn State, signing a deal to play with the French professional team Cholet Basket.

Hayes made his professional debut at 16 for Cholet Basket, where he played two seasons. In August 2019, he signed a three-year contract to play with ratiopharm Ulm of the Basketball Bundesliga — the top league in Germany that also competes in the EuroCup.

The young point guard is a solid ball handler with tremendous playmaking skills. At 6-foot-5 with a 6-foot-8 wingspan, he can play either guard position and has the size and length to see over smaller opponents. He’s most dangerous in the pick-and-roll, where he manipulates the defense with shifty moves that lead to an open look for himself or a teammate.

Being left-handed with a similar stature, Hayes has naturally drawn comparisons to Houston Rockets guard James Harden. They both excel at dictating the speed of their attack. Hayes has a reliable floater and ability to stop on a dime and go right into his shot. He has a tricky shot-fake that leads to open lobs. The 2020 lottery pick added a Hardenesque step-back and side-step 3-point shot to his arsenal in Germany.

Hayes strongly favors his left hand and needs to tighten his dribble at times. However, he plays with confidence and poise.

In the NBA, he’ll need to develop his right hand. Prior to the draft, The Ringer‘s Kevin O’Connor had Hayes at the top of his big board.

Hayes will take over the smooth lefty shooter role from shooting guard Luke Kennard, who was traded from the Pistons to the Los Angeles Clippers in a three-team deal that sent Landry Shamet to the Brooklyn Nets and gave Detroit the No. 19 pick that turned into Bey.

Detroit’s veterans include six-time NBA All-Star Blake Griffin, 2011 MVP Derrick Rose, Mason Plumlee, Wayne Ellington, and Delon Wright, who played for the Dallas Mavericks last year. The elder statesman add valuable experience, but it’s only a matter of time before the young players are given the keys to the car.

Along with the 2020 draft picks, Sekou Doumbouya, Detroit’s first-round pick in 2019, shows promise. The small forward was the youngest player in the NBA last season and is familiar with Hayes ? they both play for France internationally. Doumbouya averaged 6.4 points, 3.1 rebounds, and 0.5 assists as a rookie.

The top-10 pick will open the regular season as the team’s starting point guard.

In a league reliant on matchups in the pick and roll, Hayes could develop into of the most dangerous creators in the game.

MORE: LaMelo Ball is Rich, And He Hasn?t Played an NBA Game Yet