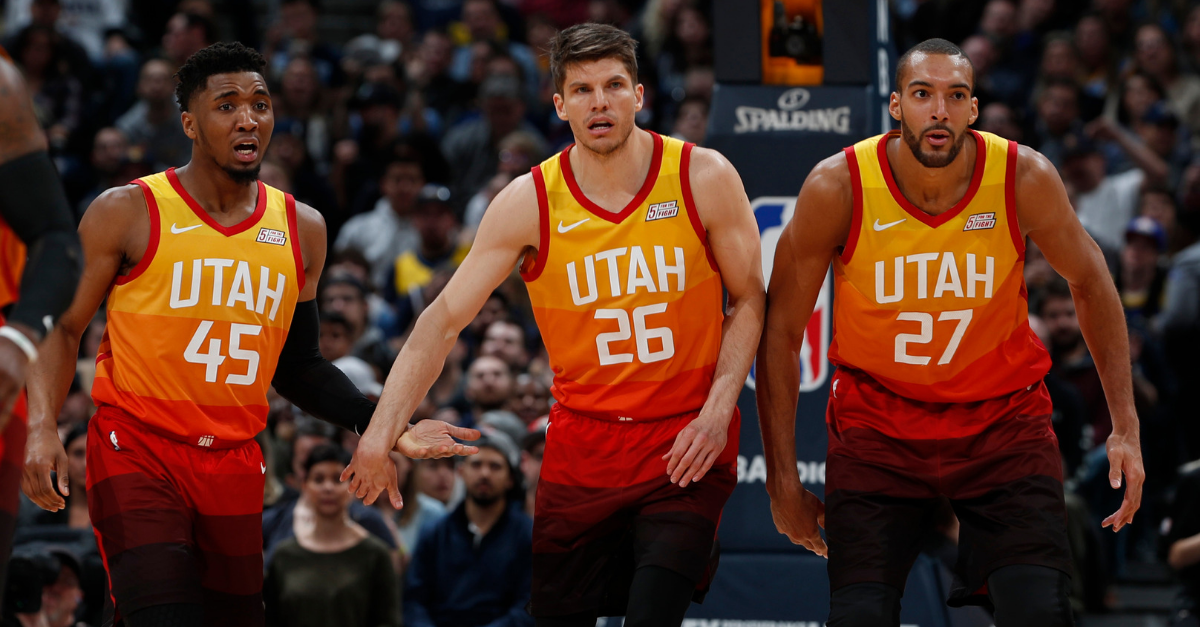 Kyle Korver, a white NBA player with the Utah Jazz, addressed what white privilege in America looks like to him from the perspective of a white man playing in a league “made into what it is today” by people of color. As he pointed out in his op-ed piece in The Players’ Tribune, the NBA is “over 75 percent players of color.”

What does it mean to be white and privileged in America? It depends on who you ask. Per Tolerance, If you ask a person of color, it could mean seeing a white person walk into a Walmart in an open carry state with a gun on their hip without being harassed by the police. Or, it could mean working at a company for several years and having someone, new to their field, getting a promotion over a person of color who may have been more qualified. For some, they may not see white privilege maybe because, in their own lives, they have struggled and are unable to understand.

The incident Korver mentions is the 2015 New York incident when former teammate Thabo Sefolosha was arrested. His reaction to the arrest in the essay begins here:

Yeah. Not, How?s he doing? Not, What happened during the arrest?? Not, Something seems off with this story. Nothing like that. Before I knew the full story, and before I?d even had the chance to talk to Thabo?.. I sort of blamed Thabo.

I thought, Well, if I?d been in Thabo?s shoes, out at a club late at night, the police wouldn?t have arrested me. Not unless I was doing something wrong.

Korver wrote about how embarrassed he was by his response because of the relationship he had with his teammate. They had become close, but despite that, his thoughts didn’t change. They weren’t empathetic, they were judgmental.

Korver penned the op-ed in response to a home game when a Jazz fan racially heckled Oklahoma City?s Russell Westbrook. It seems after that incident, Korver finally saw the reality of what being black or a person of color is like in America today. That these incidents not, by coincidence, happen more to people of color than to white people. Korver closed his piece by saying that he and other white people not only need to acknowledge white privilege, but need to do more about it.

Utah Jazz teammates discuss the incident that occurred at a home game where Russell Westbrook was heckled by a racist Jazz season ticket holder.https://t.co/DJgbu1UILk

So who am I to judge Korver, you may ask? Well, I’m a black female journalist who has been in the business for many years and during that time, I have experienced a lot. Surprisingly, most of my experiences have been good, despite the fact that most of the time I was the first or sometimes only minority in the office.

But that wasn’t always the case. Many years ago, I worked for a small conference as a sports information assistant. During that time, I had the boss from hell. I had a boss who would harass me late at night about work. A man who asked me one time, as though I were a representative for all African-Americans, ?Why do black people use the ‘N’ word?” I spared you the word, reader, but he said it to me. I also saw my white colleagues being treated better than me. I felt like I had no allies, with the exception of one other person of color in the conference.

So Kyle Korver, here’s what I have to say: It’s one thing to write, I understand your pain, but it is another thing to do something to reverse that thinking. He tried to convey that people like him need to give more than lip service to being allies to people of color, but I hope he understands words need to move into action. When that happens, relationships between the races can grow and we will all be better for it.